TOWNHALL GUEST COLUMN: Corporate Media’s Hate for Trump Caused Them to Ignore the Story of the Century 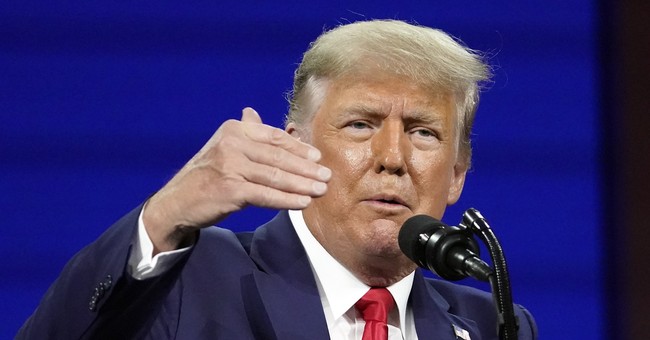 Americans for Limited Government President Rick Manning is a weekly columnist with Townhall Media. This week Rick writes about the failure of the media to investigate the origins of the deadly Covid virus.

The corporate media’s rolling admission that they missed the biggest story of the century, the likely Wuhan, China lab origin of COVID-19, is proof that Americans have been fed a steady diet of lies and spin from media whose financial interests lie more in China than in the United States.

Needless to say, the establishment media has abandoned any pretense of journalism long ago, and ABC White House correspondent Jon Karl admits as much when talking about the lab origin story saying, “I think a lot of people have egg on their face. This was an idea first put forward by Mike Pompeo… Donald Trump.”

“And look, some things may be true even if Donald Trump said them,” he continued.

This latest case of journalistic malpractice may finally destroy the illusion that these partisan news readers and left-wing note takers are anything more than the fake journalists who wrote for Pravda before the fall of the Soviet Union.

The China lab story may somehow be worse than even their multiple attempts to either take down Trump or prop up Biden, because it effectively has allowed the Chinese Communist Party to escape culpability for the deaths of millions while accomplishing the shared mission of helping to end the Trump presidency.

And reporters and news outlets had to know that there was an honest possibility that the virus was human-made in a laboratory in Wuhan in early May of 2020, when Secretary of State Mike Pompeo declared on ABC News’ “This Week” on Sunday, “There’s enormous evidence that that’s where this began. We’ve said from the beginning that this was a virus that originated in Wuhan. China has a history of infecting the world, and they have a history of running substandard laboratories. These are not the first times that we’ve had a world exposed to viruses as a result of failures in a Chinese lab.”

Pretty direct and straightforward, yet not only did the heavily Chinese-connected establishment media ignore this earth-shattering declaration, their Silicon Valley cohorts actively censored the idea as fake news using a Dr. Anthony Fauci press conference where, using research he convinced a skeptical virologist to write, he pronounced that the virus was naturally occurring.

Today, Fauci along with a Biden administration that ended a six-month long State Department study into the virus’ origins in March of 2021, is now calling for a new investigation as Fauci now believes that we have to keep an “open mind” about the virus origins.

White House senior adviser Andy Slavitt called finding the origin of the virus that has killed a reported three and half million people worldwide a “critical priority.”

Bloomberg News has also weighed in with an article headlined, “Find Covid Origin or Face Another Pandemic, U.S. Experts Warn.”

Thirteen months have been lost in this race to find the truth about the origin of the virus to prevent another pandemic.

Three months after the Biden administration shuttered a secret investigation attempting to get to the bottom of this issue for national security reasons, it is now a “critical priority.”

How many people died due to the failure to aggressively force the Chinese to be transparent about their activities in their Wuhan Labs?  How many more will die due to this abject failure driven by a self-serving public health bureaucrat who claims that he “trusts” the Chinese scientists?

And now watch the media spin to make the Biden effort to confront the Chinese as heroic with the goal to ultimately once again declare against all logic that the virus which emerged in a city with a Chinese government run lab designed to study these exact viruses occurred naturally and just randomly first presented itself in the city of Wuhan.

If Biden wants any credibility on this moving forward, the first step must be to remove Fauci, who either knew or should have known the origins of the virus allowing the Chinese to conduct what Rep. Mike McCaul has called, “the worse cover up in human history.”

It is time for the corporate media and the Biden administration to take COVID virus and its dangerous likely origins seriously. Tragically, if the corporate media had put the world’s health interests ahead of their Trump Derangement Syndrome, this puzzle might have already been solved and the world would be a much safer place.

Richard Manning is President of Americans for Limited Government

This post, TOWNHALL GUEST COLUMN: Corporate Media’s Hate for Trump Caused Them to Ignore the Story of the Century, was originally published on The Daily Torch and is republished here with permission. Please support their efforts.