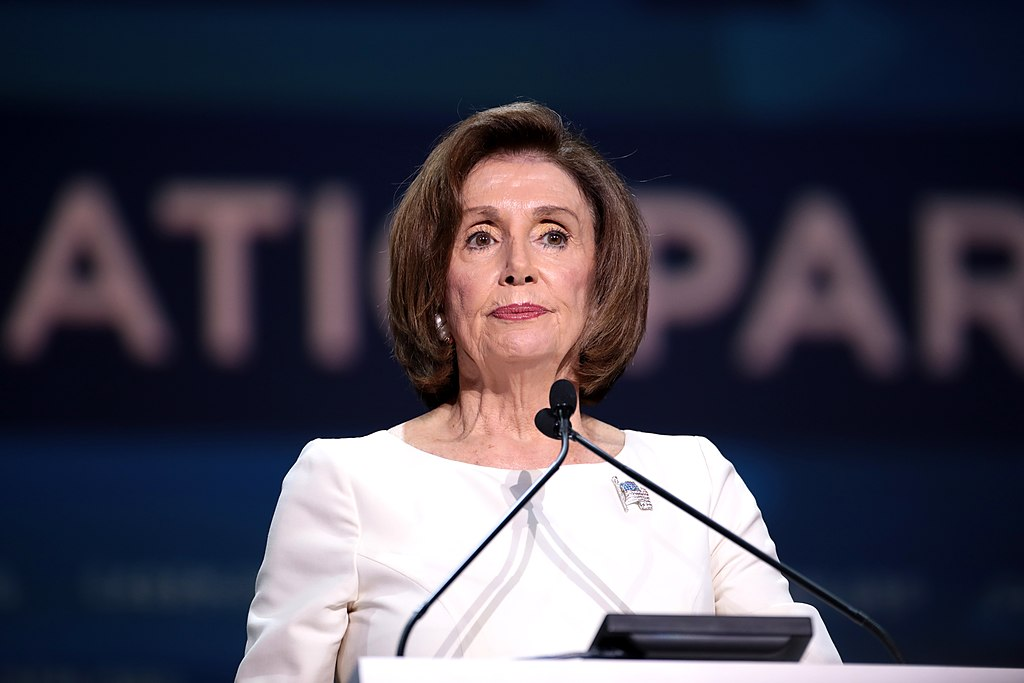 “If it doesn’t fit Nancy’s narrative, don’t expect these truths to be explored.  Because truth is not her goal, but politics, and like all witch hunts, this one won’t stop until they find someone to burn at the stake.”

As we approach Jan. 6, 2022, marking one-year since the brief, 99 percent peaceful takeover of the U.S. Capitol, Speaker Nancy Pelosi wants to set the “narrative” for what happened almost a year ago, as part of her attempt to impeach President Trump for a third time.

If she were remotely interested in the truth, she would ask how the death of a Capitol Police Officer due to natural causes (as reported by the coroner)and was unrelated to anything that happened on Jan.  6, got falsely reported by the Capitol Police leadership as being due to him being assaulted with a fire extinguisher. Officer Brian Sicknick himself reported back to the Capitol Hill office uninjured, so there was no confusion and even gave this report to his brother in a phone call that evening.  The report surrounding his demise was an outright lie and in no way can be confused as being ‘in the fog of war.’

Could the backlash from the Capitol Police officer’s killing of Afghanistan war veteran Ashli Babbit in the Capitol building been at the heart of the decision to lie about Sicknick’s unfortunate and tragic natural demise?

If so, was the lionization of Officer Brian Sicknick, complete with lying in honor at the U.S. Capitol Hill funeral merely a disgusting public relations ploy designed to re-set the narrative?  It is more than a legitimate question to ask because if it was, it reveals a craven politicization of the Capitol Police that no one had ever suspected in the past. And when combined with the continuation of the lie by Pelosi and Senate Majority Leader Chuck Schumer by having his body lay in honor almost a month later, makes a mockery of Sicknick’s death, reducing it to little more than a crass political manipulation.

Did the Capitol Police receive a dramatical increase in both budget and power as a direct result of what happened on Jan. 6, in consideration for their toeing the line on the big lie about his death?  While a hard topic, it is undeniable that the Capitol Police achieved a long-sought goal of having a presence off of Capitol grounds while gaining a dramatic increase in their investigatory authority in the aftermath of Jan. 6, and an honest inquiry would ask questions about it given the lie that was told and how Democrat leadership used it for political gain.

Also, honest, sentient people doing an investigation would ask Nancy Pelosi why the 14000 hours of Jan. 6 footage from Capitol Hill cameras have not been released.  Democrats have been given the footage, yet the Biden Justice Department is fighting tooth and nail to stop the footage from being made public.  Not only is it not public, but the footage has not been provided to Jan. 6 defendants denying them the right to prepare an adequate defense.  One can assume that setting a narrative does not include providing exculpatory video to the defendants, but instead is driven by a need to control what information is available in order to get people to come to the approved conclusions.

And finally, any person with even a modicum of concern about civil rights should be indignant at the treatment of the Jan. 6 prisoners.  Not one has been charged with insurrection, yet they are called insurrectionists everywhere but in federal charges.  Conditions at the DC Jail itself are so deplorable that fourteen Members of Congress sent a letter to DC Mayor Muriel Bowser demanding that the anti-Trump demagogue in charge of the jail be fired.

The letter describes,“a two-tier justice system in which the January 6 defendants were treated categorically different from the remainder of the prison population.”

Representatives Marjorie Taylor Greene, Paul Gosar, Louie Gohmert, Andy Biggs and ten other brave members continued, “January 6 defendants reported being subjected to months of solitary confinement, verbal abuse (e.g., called “white supremacists”), harassment, beatings from guards, denial of basic medical care, religious services, communion, nutritious diet, and access to attorneys. They cannot participate in the educational programs offered to other inmates, including testing for a GED, obtaining a workplace license, or making progress on an undergraduate degree. While most of these inmates have no prior criminal history and have yet to be convicted of any crime…”

If Nancy Pelosi’s concern about what happened on Jan.  6th extended beyond her transparent attempt to impeach President Donald Trump for a third time, she would be asking about the abuse of defendants who are being denied basic legal rights.  She would be asking about the self-serving lies by the Capitol Police surrounding Officer Sicknick’s death.  She would be releasing the 14,000 hours of footage detailing the event. Andshe would be outraged over the killing of Ashli Babbitt and the lack of accountability for the Officer who shot her in cold blood.

But once again, if it doesn’t fit Nancy’s narrative don’t expect these truths to be explored.  Because truth is not her goal, but politics, and like all witch hunts, this one won’t stop until they find someone to burn at the stake. Pelosi’s blind pursuit of a politically useful narrative makes it more likely than not that the culprit they will find will end up being Lady Justice herself. After all, there is no room for truth, when it comes time to burn the witch.

This post, Torching Lady Justice, was originally published on The Daily Torch and is republished here with permission. Please support their efforts.