The GOP is still Trump’s party 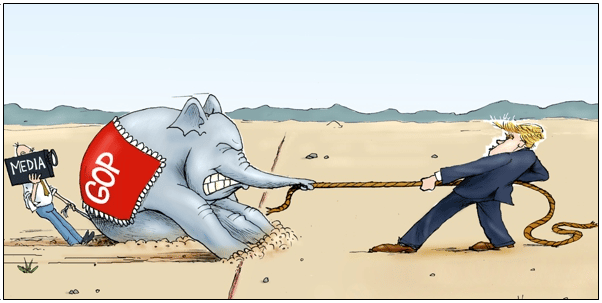 That is one obvious reality that emerges from the overwhelming defeat of U.S. Rep. Liz Cheney (R-Wyo.) by Harriet Hageman, who was endorsed by former President Donald Trump, in the Republican primary for the Wyoming at-large Congressional District, with Hageman garnering 66 percent of the vote to Cheney’s nearly 29 percent.

That is to say, whereas Trump barely lost in those three states — if he had won Georgia, Arizona and Wisconsin in 2020 the Electoral College would have been tied 269 to 269 — Cheney was utterly annihilated in her party’s primary.

Which is little wonder. By serving as the ranking member of the House Select Committee on the Jan. 6 riot at the U.S. Capitol, a committee that Republican leaders in the House have completely boycotted, plus being one of just 10 Republicans in the House who voted to impeach Trump the second time, who was ultimately acquitted by the Senate, Cheney has been nearly universally rejected by Republicans, who still support Trump nationally.

Of the 10 House Republicans who voted to impeach Trump, now Cheney has been defeated in her primary, and so was U.S. Reps. Jaime Herrera-Beutler (R-Wash.), Peter Meijer (R-Mich.) and Tom Rice (R-S.C.). Adam Kinzinger (R-Ill.), Anthony Gonzalez (R-Ohio), John Katko (R-N.Y.) and Fred Upton (R-Mich.) all opted to retire rather than face a primary challenge. Only U.S. Reps. David Valadao (R-Calif.) and Dan Newhouse (R-Wash.), the latter of whom did beat a Trump-nominated candidate, remain on the ballot for the November Congressional midterms.

That builds on a pretty strong record in the party’s primaries this year, with Trump-backed candidates winning 183 out of 200 races, or 92 percent of GOP primaries, in 2022, according to Ballotpedia.

This borne out by national polls, too. In the latest Politico-Morning Consult poll released Aug. 11, Trump leads the Republican primary by 38 points: 56 percent to 18 percent for Florida Governor Ron DeSantis and 8 percent for former Vice President Mike Pence.

That’s actually more than the 33 points he was leading DeSantis and Pence in the Aug. 2 Harvard-Harris GOP primary poll before the Federal Bureau of Investigation (FBI) raided Trump residence in Palm Beach, Fla., Mar-a-Lago, on Aug. 9 to seize documents that Trump had clearly declassified before he ever left office according to Archives.gov under his inherent Article II, Section 1 executive powers.

In an Aug. 15 statement on Truth Social, Trump suggested it could help the GOP to victory in the November midterms, predicting, “Republicans could win many additional seats, both in the House & Senate, because of the strong backlash over the raid at Ma[r]-a-Lago. Polls are showing that some lost Republican territory over the last number of weeks has been more than made up with the unannounced Break In by the FBI, which should never have happened!”

Meaning, the Justice Department’s now six-year operation against Trump that began when he was still a candidate in 2016 may be actually boosting rather than diminishing Trump’s political fortunes, something that might emerge as an unintended consequence of the FBI raid.

Trump is right. The FBI’s criminalization of a clear exercise of presidential authority by Trump and threatening to imprison him changes almost everything we know about American politics. This is outrageous in a third world country, let alone in supposedly the most free country in the world.

The sooner Congressional Republicans understand their fates in November are inextricably tied to Trump, the better.

The post The GOP is still Trump’s party appeared first on Daily Torch.

This post, The GOP is still Trump’s party, was originally published on The Daily Torch and is republished here with permission. Please support their efforts.