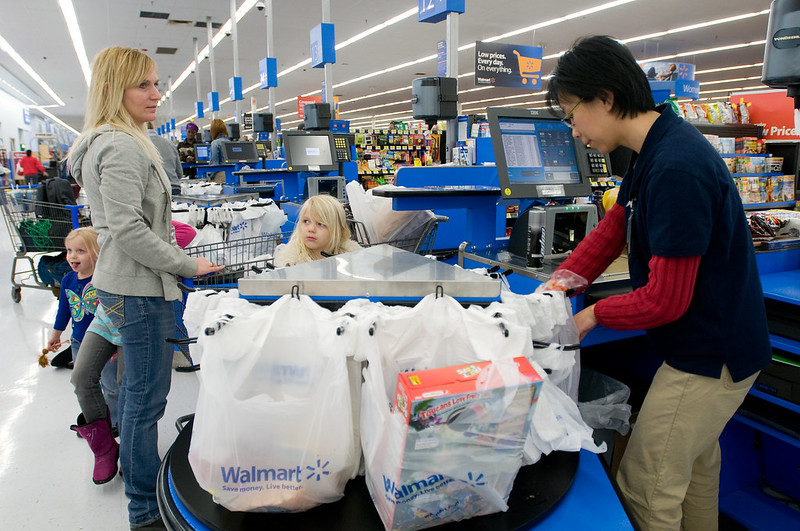 “We’re actually accumulating debt at the rate of over $2 million per minute.”

Moody’s Analytics chief economist, Mark Zandi, told the New York Post that families are now paying on average $175 more a month for on food, fuel and housing. That amounts to an additional $2,100 each year.

Spurred by supply shortages and massive government spending, inflation has become an added tax on middle-class Americans coming out of the COVID lockdowns.

Over the past couple of months, Allison, a wife and mother of a toddler and teenager in Chicago, told the New York Post she’s been spending about $50 more each week on groceries to feed her family — and that’s at a discount supermarket chain, Aldi’s.

“I used to spend $70 a week, but all of sudden this summer, I noticed that I couldn’t leave the store without spending at least $120,” said Allison, who works in education.

Like millions of Americans whose income has not kept pace with inflation — up 5.3 percent in August compared with a year ago — Allison and her family are feeling the pinch of the rising cost of living and giving up some things just to make ends meet.

Her family is scrimping now. “There are no more splurges like going to Home Depot to buy an extra plant or eating out,” Allison said.

Although government officials have called the inflation “transitory,” it’s running at a 30-year high, and has been for months.

The number of US households that report that it is “very difficult” to pay their usual expenses has increased by 8 percent since early August, to 26.5 million, according to the Oct. 6 Census Bureau’s Household Pulse Survey.

Salesforce predicts that consumer prices could increase 20% during the holiday season.

The Consumer Price Index — a major gauge of inflation — showed that energy costs are up 25% compared to a year ago, and the food index increased 3.7%.

The Wall Street Journal reported on the skyrocketing energy costs last week, “Crude oil has risen 64% this year to a seven-year high. Natural-gas prices have roughly doubled over the past six months to a seven-year high. Heating oil has risen 68% this year. Prices at the pump are up nearly a dollar over the past 12 months to a national average just over $3 a gallon. Coal prices are at records.”

Allison told the New York Post that she had recently reached out to a debt-relief attorney, Leslie Tayne, to help her consolidate and lower her outstanding debt, which includes a hefty student loan.

Sen. Rand Paul (R-Ky.) gave a speech last week on the Senate floor in which he noted that we are accumulating debt like we never have at any time in our history.

“We’re actually accumulating debt at the rate of over $2 million per minute. Some say deficits don’t matter. Some on the left say they have this new monetary theory we can just print it all up you can all have free stuff. ‘There will be manna from heaven and nothing could go wrong. We’re just going to give you money. If not $1,400 check a month or a year, why don’t we give you monthly checks and that’s part of the new plans.’

“There are ramifications to so much borrowed money.

“When someone comes to you and says, ‘Here’s a thousand dollars, all you got to do is sign up for this,’ most people immediately recoil and they say, ‘Well that might be a scam. Somebody’s going to be ripping me off.’ But that is the sort of bait and switch of the politics we face now.

“People are saying, ‘We’re going to give you free college, free cars, free cell phones, free this, free that. Everything in life will be free. You won’t have to work anymore.’  The problem is there are ramifications. Money doesn’t grow on trees. The money’s got to come from somewhere. Either we borrow it, we become more indebted to foreign countries, or we tax people for it or … we simply print the money. When the Federal Reserve prints the money, as we increase the money supply, the money that we have becomes worth less and less. It loses its purchasing power this is the insidious tax of inflation.

“Inflation is a regressive tax. It doesn’t affect everyone the same. In fact, the tax of inflation affects the working class the people of lower incomes and those on fixed incomes and retirees on pensions. It affects them much worse because they don’t have the ability for their income to go up.”

This post, The Big Squeeze: Biden’s Inflation Costing Families $2.1K a year, was originally published on The Daily Torch and is republished here with permission. Please support their efforts.