The Biden administration should have known that Covid variants were inevitable. Only 49% of the world’s population is fully vaccinated. 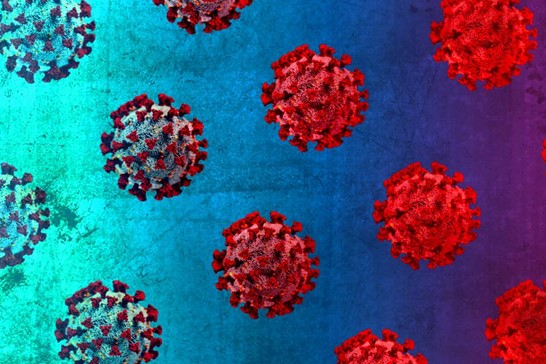 For almost a year now, President Joe Biden has pursued a policy of getting as many Americans vaccinated against Covid-19 as possible, including with the use of punitive employment mandates, all in a bid to slow down the global Covid pandemic that has claimed almost 6 million lives.

And that, if Americans refused to get the vaccine, then they were personally responsible for any new Covid variants that might emerge, like delta, omicron, etc.

On Dec. 21, President Biden told the American people: “[T]o folks who are not vaccinated: You may think you’re putting only yourself at risk, but it’s your choice.  Your choice is not just a choice about you; it affects other people.  You’re putting other people at risk — your loved ones, your friends, neighbors, strangers you run into.  And your choice can be the difference between life or death.”

So, here was Biden again — this was not the first time and won’t be the last — unconditionally blaming unvaccinated Americans for the emergence of variants.

Meanwhile, only 49 percent of the world’s population has been fully vaccinated, according to data compiled from government sources by Our World in Data.

We’re not the best, but we’re also not the worst. It’s the rest of the world that is lagging far behind.

In South Africa, where the omicron variant was discovered, with a population of 60 million, just 26.6 percent of the population is fully vaccinated.

Overall, in Africa, with 1.37 billion people, just 9.6 percent of the population, or 132 million, are fully vaccinated.

And so forth. Middle Eastern and other countries in the Arab world have vaccinated rates in the ranging in the teens, 20 and 30 percent ranges.

You get the picture. If variants were going to be happen if the entire world was not fully vaccinated in a short period of time, then the Biden administration should have been well aware that the variants were not only likely, but inevitable. Unstoppable.

Meaning, the U.S. has known — that is, the President and his advisers — that global vaccine distribution was impractical or even impossible, and that then containing the variants was never a possibility. Or that, even if it were contained here, variants would still likely emerge overseas and find their way here, too.

And yet, that key assumption that turned out to be an impossibility became the basis of one of the most controversial policies ever pursued by an American president, the federal vaccine mandates, which now is in front of the Supreme Court, where another key assumption will be tested: That the mandates were ever constitutional to begin with.

On that count, if the nation’s highest court does strike it down the mandates — which constitutional scholars have been warning for months — that would be mean that even if the Biden administration believed the only way to get to universal vaccination coverage was to use mandates, Biden should have been advised against it because it was never going to be upheld.

Instead, Biden wasted 2021 on pushing mandates that might be unenforceable to stop variants that couldn’t be stopped and never were going to be stopped. Right now, there’s more Covid cases than ever.

The good news is that as the variant mutations are progressing, Covid appears to be getting less and less deadly even if it is becoming more contagious. Data from the Institutes for Health Metrics and Evaluation (IHME) and other outlets confirm that fatality rates have been falling since the pandemic began. Using IHME data, Covid fatality in the U.S. began at 1.4 percent in March 2020 and now is all the way down to 0.07 percent in Jan. 2022.

There was worry earlier on about variants becoming more deadly. It was one of the justifications for the Biden administration’s vaccine mandates. In fact, it appears the opposite is happening.

But does the new reality cause the Biden administration to change key assumptions that have been made? Change policies? Admit a mistake? No?

Here’s the icing on the cake. A new study at the Steve Biko Academic Hospital Complex out of South Africa confirms that not only is omicron far less deadly, it suggests that the variant could be the beginning of the end of the Covid pandemic, stating, “If this pattern continues and is repeated globally, we are likely to see a complete decoupling of case and death rates.”

The study added, “omicron may be a harbinger of the end of the epidemic phase of the Covid pandemic, ushering in its endemic phase.”

So, after all, does that mean the variants were… good?

Perhaps Covid was always going to mutate into something that doesn’t kill people. That would be a nice end to the story. Are we there now? Let us hope. If so, Biden owes the American people a giant apology, and maybe he should send a thank you card to the under-vaccinated people of South Africa for producing the less deadly variant that Biden fought so vehemently to prevent.

The post The Biden administration should have known that Covid variants were inevitable. Only 49% of the world’s population is fully vaccinated. appeared first on Daily Torch.

This post, The Biden administration should have known that Covid variants were inevitable. Only 49% of the world’s population is fully vaccinated., was originally published on The Daily Torch and is republished here with permission. Please support their efforts.