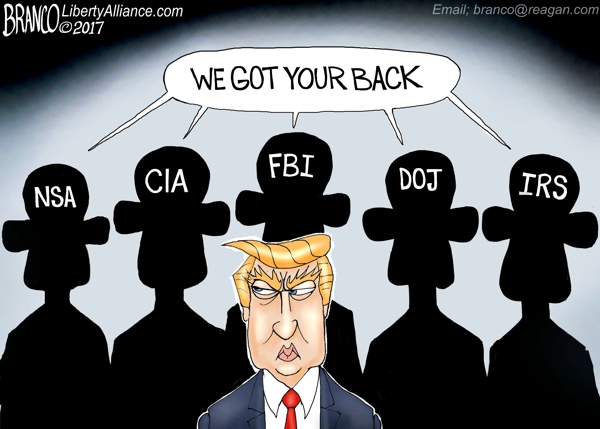 Special Counsel John Durham caused quite a stir on Feb. 11 when he alleged in a court filing that the Hillary Clinton campaign in 2016 hired an internet company to falsely establish links between former President Donald Trump and Russia using data mining and other spying, surveillance which would continue at the Executive Office Building adjacent to the White House after Trump won the election and took office in 2017.

Obviously, since the charges being made involve Hillary Clinton, the Democratic Party’s standard bearer in 2016, simply put, they make the party look bad. Really, really bad. That includes the party’s current standard bearer, President Joe Biden, and Congressional Democrats, who appear headed for a wipeout in the 2022 Congressional midterm elections.

What Durham is alleging, if proven, would be the worst political scandal since at least Watergate — when the Republican presidential campaign of 1972 was caught spying on its political opponents at the Democratic National Committee — and probably in American history.

Here, the Clinton campaign is alleged to have been spying on the Trump campaign both before and after the election, and even after Trump was inaugurated, and in the meantime, providing false information to the FBI and intelligence agencies to create an official investigation into Trump falsely alleging he was a Russian agent.

Per Durham, the information was cultivated by the internet company for distribution to the Clinton campaign, whose attorneys at Perkins Coie, including Michael Sussman passed along to the CIA and the FBI. In September, Durham indicted Sussman for providing false information to the FBI and for lying about his association with the Clinton campaign. The company was tasked with “min[ing] Internet data to establish ‘an inference’ and ‘narrative’ tying then-candidate Trump to Russia… [in order] to please certain ‘VIPs,’ referring to individuals at [Perkins Coie] and the Clinton Campaign.”

Again, this is really, really bad. Already, 45 Senate Republicans have penned a letter on Feb. 16 to Attorney General Merrick Garland urging him to respect the prosecutorial independence of Durham, writing, “We hope you agree that those responsible for that manipulation and exploitation must be identified and prosecuted to the fullest extent of the law by Special Counsel Durham. We further expect you will support his important work until all those responsible for the fraud committed upon the American people are brought to justice.”

The Senators added, “As you are aware, Special Counsel Durham continues to uncover alarming information related to the origins of the FBI investigation into alleged Russian interference in the 2016 United States elections. Those findings include the highly concerning, and potentially criminal, manipulation and exploitation of federal law enforcement resources to target American citizens, including a presidential candidate, based upon fabricated evidence that had been procured and disseminated by individuals closely connected with a rival political campaign. The fraudulent abuse of the FBI’s investigative powers by those malign actors has left a dark stain on the reputation and credibility of the nation’s premier law enforcement agency.”

That is why Congress needs to act to ensure that Special Counsel Durham’s investigation is fully funded in this year’s omnibus spending bill.

Protection from firing by the President — which was attempted by Congress in 2018 to protect former Special Counsel Robert Mueller — would likely run afoul of Article II’s granting of executive power to the President.

Providing a line item for funding, on the other hand, would at least prevent Attorney General Garland from being able to defund the Durham investigation.

This is simply too important. The American people have a right to know if the nation’s intelligence agencies and law enforcement have been politically weaponized.

It wasn’t enough to just get the story into newspapers before the 2016 election — indeed, it was published by Michael Isikoff, David Corn and others in Sept. and Oct. 2016. — there had to be a real FBI investigation into Trump to offset Clinton’s own problems with the FBI after she was caught keeping classified information on a private home server.

Sussman has also been tied to Clinton campaign efforts to hire Fusion GPS and former British spy Christopher Steele to falsely make links between Trump and Russia, and to hire Crowdstrike to investigate the alleged Russian hack of the DNC servers in 2016.

The Clinton campaign and the DNC fed all this information directly into intelligence agencies and the FBI, resulting in a top-secret national security investigation into Trump and his campaign, complete with Foreign Intelligence Surveillance Act (FISA) warrants — that is, spying — that was carried over into the Trump administration in 2017 and concealed from the President.

Ultimately, it was none other than former Special Counsel Mueller who exonerated Trump, finding in his final report, “[T]he investigation did not establish that members of the Trump Campaign conspired or coordinated with the Russian government in its election interference activities,” and “the evidence does not establish that the President was involved in an underlying crime related to Russian election interference.”

One of the biggest questions is whether intelligence agencies and the Justice Department knew they were being duped. Given that the Clinton campaign was the sole, closed loop source for the phony Trump-Russia allegations, there should have at least been internal discussions doubting the narrative that was being sown by intelligence agencies, the Justice Department and mainstream news outlets that ran wall-to-wall coverage casting Trump as a Manchurian candidate.

The fact is, coordination with the federal government was essential for the Clinton campaign and DNC’s operation against Trump to have any success. And while revealing that would surely leave a dark stain on the reputation of the nation’s intelligence and law enforcement agencies, and be politically damaging for the Biden administration and Democrats, prematurely shutting down Durham would absolutely shatter public confidence in the nation’s justice system, giving the appearance of a coverup — and virtually guaranteeing it will happen again.

Let Durham finish what he started. Heck, give him a raise. This is too important.

The post Special Counsel John Durham’s investigation into Spygate needs to be protected by Congress appeared first on Daily Torch.

This post, Special Counsel John Durham’s investigation into Spygate needs to be protected by Congress, was originally published on The Daily Torch and is republished here with permission. Please support their efforts.