Secretary of Defense Lloyd Austin should be impeached 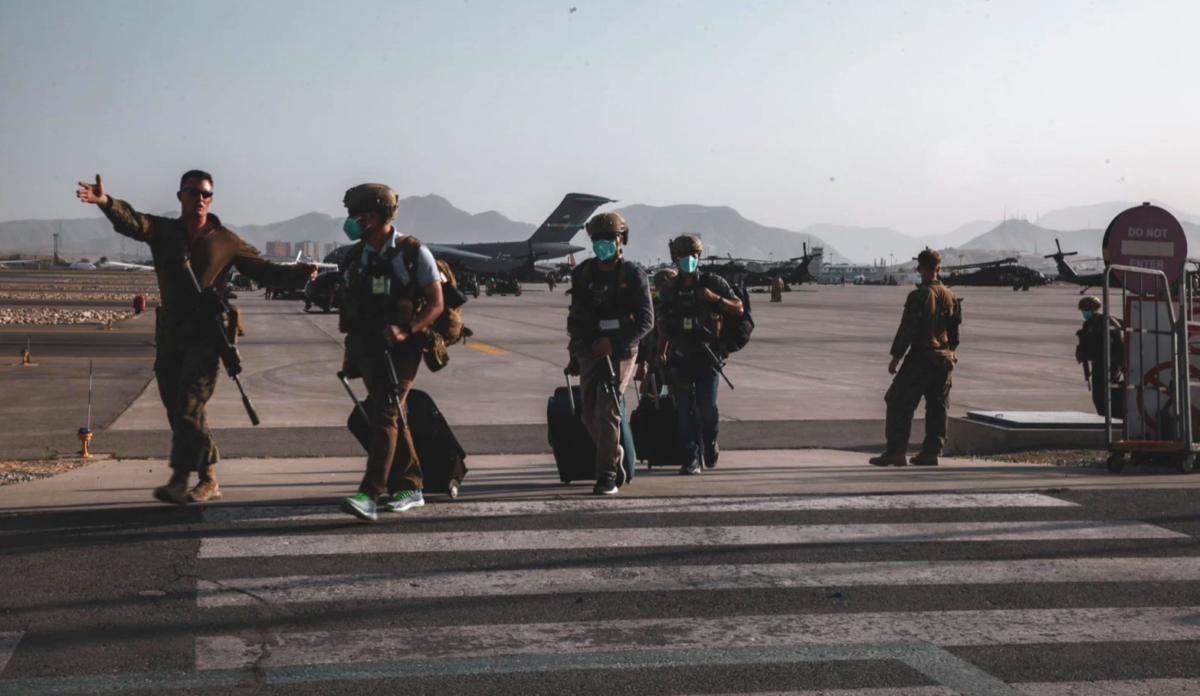 The only thing missing from the Biden Pentagon is the willingness to use our vast military capabilities. The problem with the entire failed Biden team is that they lack the will to protect thousands of American lives, not to mention tens of thousands of in-country allies.

Late Wednesday afternoon, in the midst of an unfolding crisis of massive proportions,  Secretary of Defense Lloyd Austin said he “doesn’t have the capacity to escort stranded Americans to Kabul Airport.”

This is grounds for the impeachment of Secretary of Defense Lloyd Austin. The Pentagon budget for 2021 is $7o5.4 billion.  The only reason the Defense Department exists is to protect American interests abroad and secure our borders.  They clearly are not at the border as the invasion from the south continues with more than 200,000 illegals apprehended and sent inland by the illegal immigration enablers at Biden’s Department of Homeland Security. Now it appears saving American lives in a country where Austin played a major role in botching the withdrawal is beyond his ability.

The British are getting their people out because their Prime Minister has the will to get it done. The only thing missing from the Biden Pentagon is the willingness to use our vast military capabilities. The problem with the entire failed Biden team is that they lack the will to protect thousands of American lives, not to mention tens of thousands of in-country allies.  If the Department of Defense won’t respond in this situation, I cannot imagine one where they would respond.

According to U.S. officials, there are currently up to 15,000 Americans still in Afghanistan.

According to the National Review, Americans attempting to reach the Kabul airport must cross through Taliban-operated checkpoints. While Chairman of the Joint Chiefs of Staff Mark Milley said the Taliban “are facilitating the safe passage to the airport for American citizens,” the State Department has accused the Taliban of blocking Afghans eligible for special visas to the U.S. from arriving at the airport.

The U.S. Embassy in Kabul sent out a security alert on Wednesday telling Americans they should “consider traveling” to the airport. Embassy staff are currently working at the airport to process evacuations.

Crowds of people have camped out near the gates to the airport, with the Taliban fighters in control of the gates, the New York Times reported.

“This gate is closed. Only foreigners and people with documents allowed,” one Taliban commander shouted through a megaphone.

Photos from the Los Angeles Times showed people injured and bloodied following Taliban attempts at crowd control. Some Afghans have attempted to throw their babies over barbed wire at the edge of the airport in hopes of getting them out of the country, a senior British officer told Sky News.

The message to the world is clear, if America won’t protect her own citizens, she certainly cannot be counted on to protect anyone else’s.

The post Secretary of Defense Lloyd Austin should be impeached appeared first on Daily Torch.

This post, Secretary of Defense Lloyd Austin should be impeached, was originally published on The Daily Torch and is republished here with permission. Please support their efforts.