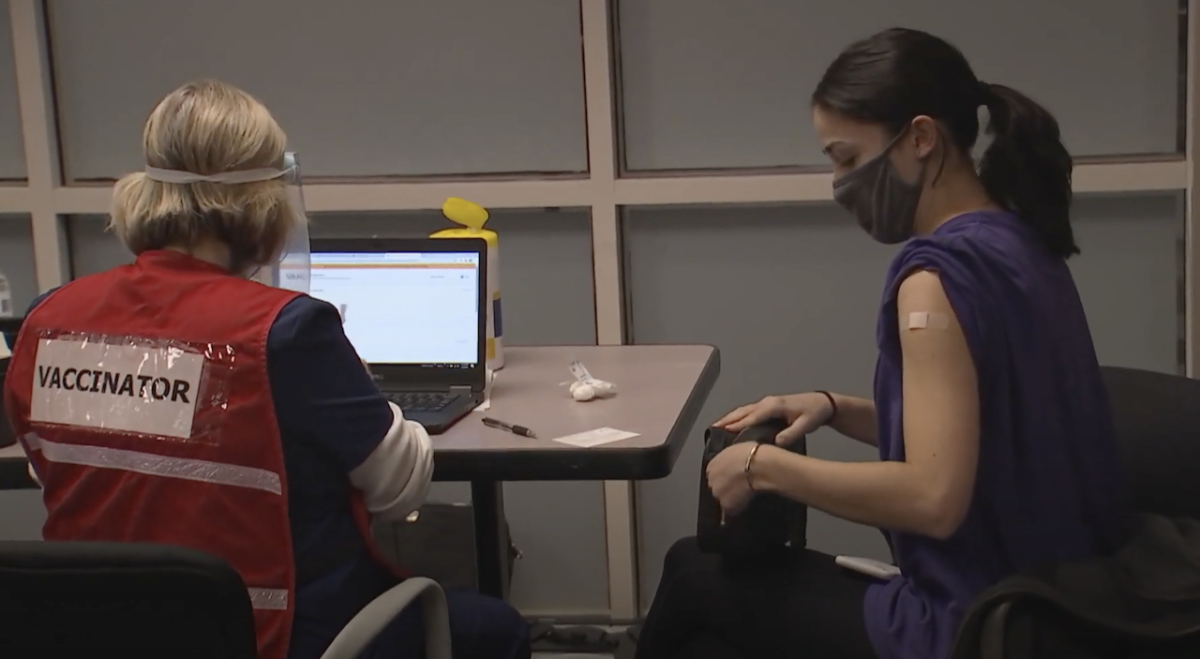 The goal post is shifting again. Now, a 70 percent vaccination rate is not sufficient to keep the virus at bay. So, naturally, governments begin to consider how to get even more people vaccinated.

In Fairfax County, Va., where I live, 70.3 percent of adults are fully vaccinated and 77 percent have had at least one dose of the vaccine.  We have achieved the president’s goal.

Despite that, the CDC says Fairfax County as having a “substantial” Covid spread, and  recommends all people, regardless of vaccination status, wear a mask “in public indoor places.”

This is very disappointing, because my community, and many others across the country, met the president’s goal of a 70 percent adult vaccination rate. But, apparently, that’s not enough. It isn’t working as planned. The goal post is shifting again. So, naturally, governments begin to consider how to get even more people vaccinated.

According to a recent poll by the Associated Press and NORC  Center for Public Affairs Research, 45 percent of Americans who are not vaccinated say they are unwilling to do so. If the government wants to achieve a 90 percent vaccination rate, which some are saying ought to be the new goal, it is clear that mandates will be necessary.

The federal government is already doing that with captive groups such as federal employees and members of the military. The State of California has announced that it will require all public-school teachers and staff to get vaccinated or face regular Covid testing.

According to the COVID States Project, 64 percent of Americans support a national vaccine mandate. In states with higher vaccination rates, residents are even more likely to support vaccine mandates.

This is very troubling to anyone who believes in limited government and maximum individual liberty and freedom. The past 18 months of this pandemic have been a nightmare for every American who believes in limiting the size and scope of government. Federal, state, and local governments have taken our freedoms away from us. This embrace of big government is so bad, 64 percent of Americans are demanding the government remove the most fundamental freedom of all: how to care for our bodies.

How do we fight back? We send a short email to our elected officials at every level of government expressing our opposition to any vaccine mandate. I sent such an email two days ago through the Americans for Limited Government Take Action page and I already got an email response from my county board supervisor.

Tell Governors and Legislators NO Federal, State or Local VACCINE PASSPORTS OR MANDATES!

My county board supervisor noted in his email reply to me that he opposes government vaccine mandates, however, he will not interfere with private businesses imposing such a mandate.  So, even if we avoid government-mandated vaccinations, we must also be wary of private business mandates.

According to the Wall Street Journal, President Joe Biden will press US businesses to require vaccinations for employees.

President Biden met Wednesday with the chief executives of United Airlines Holdings Inc. and Kaiser Permanente in a bid to encourage more companies to follow their lead and require workers to get vaccinated against Covid-19.

The companies and university have all said staff must be vaccinated, and Howard is also requiring students to get the shots. Mr. Biden highlighted the four as a model for other private-sector leaders, as officials race to get more Americans vaccinated and slow the spread of the highly transmissible Delta variant, which has triggered a rise in cases and hospitalizations across the country.

He also asked the attendees to talk to others in their industries about the steps they have taken and encourage more action to boost vaccination rates. Some companies have privately conveyed concerns about taking steps that might be polarizing to the public, administration officials said. The White House’s response has been that vaccination requirements should not be seen as political, and it has compared them to safety requirements such as wearing seat belts. The fight never ends.

This post, President Biden wrong again! His Covid vaccination goals not enough to stop Covid spread, was originally published on The Daily Torch and is republished here with permission. Please support their efforts.