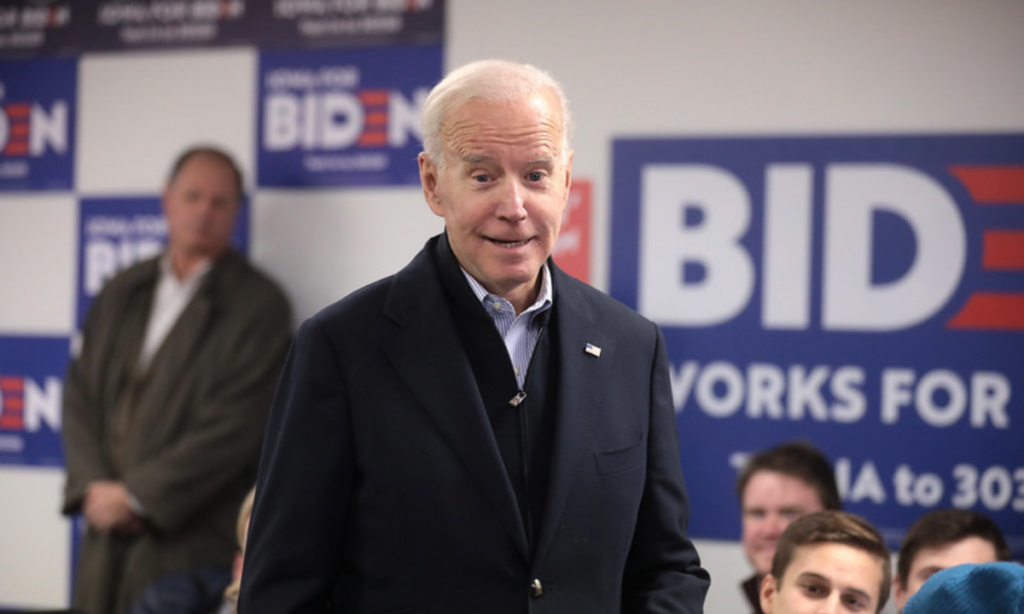 You elect a ‘Back Bencher,’ you get Back Bench activity. Joe Biden has a lifetime of falling up. The fact is, he’s utterly incompetent.

Americans for Limited Government President Richard Manning is a weekly guest on the nationally syndicated Bill Martinez Radio Show. This week they talked about Joe Biden’s failure to lead.

Bill Martinez: Leadership, when you think about it is mostly proactive.

And whenever you’ve been around good leadership, you have seen it in action. It is ahead of the curve. It’s always telling you what is coming. This is what good leadership is all about, by comparison, the leadership that we have coming out of the White House, it’s miserable. And I don’t know why people are surprised about this, Rick, because that’s been the management style of one Joe Biden, even, you know, we saw very close up and personal with eight years as Vice President under Brock Obama, so why should we expect anything different? I mean, this is just who he is, right?

Rick Manning: We elected a guy who was a lifetime politician. He never had a private sector job. We elected him to the highest office in the land, and then quite honestly, you get you elected backbencher, you get backbench activity and that’s what he was in Congress. He was at total wreck in both in college and law school. Look at his record. If you want to know what somebody was going to do, look at what they’ve done. It’s like somebody didn’t do any vetting before they hired him, at any point in his career.

He “Peter Principled” himself into the White House which is amazing. This is a this is an example of a guy who spent a lifetime of falling up. Barrack Obama put him in as Vice President hoping he would appeal to blue collar voters and had an appearance of having a foreign policy background.

Bill Martinez: But none of his foreign policy experience was worth anything. The former Secretary of Defense said Biden had 40 years of being wrong.

Rick Manning: Barack Obama gave us every signal that Joe Biden was not confident in him. Remember when Obama told Biden, speaking about running for the presidency, “Joe, you don’t have to do this.” Did he know then that Joe’s  mental capacity was failing? Obviously had to be aware of it. And maybe that’s part of what motivated that statement. And meanwhile, he has had cover from his wife and everybody else to go ahead.

Bill Martinez: The fact is Obama wanted somebody else to be the nominee. So how did Biden win the Democratic nomination?

But now we’re paying the price for that. And no, he’s not a leader. He simply doesn’t have the capacity to do the job. Do you know what he had on his presidential schedule yesterday? Only two things.

Bill Martinez: Under Trump, we had a president who operated on three hours asleep. He was non-stop.

Rick Manning: Trump accomplished so much against tremendous headwinds, the Democrats never-ending impeachments, and the constant attacks by the corporate media. The Democrats and anti-Trumpers sought to delegitimize him for four years. And that is a big part of the reason so many Americans don’t accept that Joe Biden won the presidency fair and square.

Any reasonable person would say that there was something wrong in the election, whether it was enough to make it so easy to change the outcome, is debatable.

Bill Martinez:  Donald Trump always had 60 different balls in the air. He was used to managing multiple projects around the world in different time zones. This is what CEOs do. This is in their blood.

Rick Manning: But here we are with Joe Biden who never did any of that.  Trump was always on the offensive. He still remains a dynamo.

Bill Martinez: We see the opposite that now.

This post, Manning: Biden’s Lifetime of Failures on Full Display, was originally published on The Daily Torch and is republished here with permission. Please support their efforts.