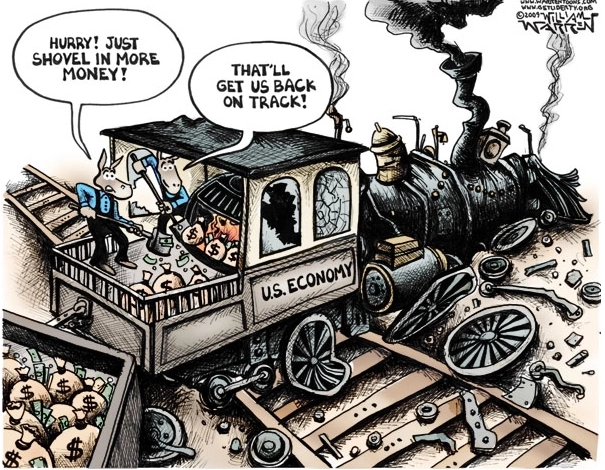 Consumer inflation reported by the Bureau of Labor Statistics ticked up to 9.1 percent the past 12 months, the highest since 1981, in what has to be a crushing blow to any chances of avoiding a recession in the U.S. this year.

Food is up 10.4 percent unadjusted the past twelve months.

Electricity is up 13.7 percent.

Transportation is up 8.8 percent.

Medical care commodities are up 3.2 percent, and medical care services are up 4.8 percent.

You get the picture. All of that comes in just the past year. In 2021, inflation was largely correcting from near-deflationary conditions in 2020. No longer. In 2022, the story are price increases not seen in the U.S. for more than 40 years coming on the heels of the continued supply crisis and food and energy shortages.

Making matters worse, producer inflation increased 11.3 percent the past twelve months, as the increasing costs on employers will continue to weigh on labor markets that are already showing signs of contraction.

In addition, increasing interest rates are still nowhere near real inflation rates, with 10-year treasuries still at 2.9 percent. The effective federal funds rate at the moment is just 1.58 percent, according to the New York Federal Reserve.

As a result, interest owed on debt — a mechanism for removing dollars from the financial system — have come nowhere near close to sucking all of the additional dollars that were created by Covid stimulus actions by Congress and the Federal Reserve.

As a result, the M2 money supply has increased by $6.4 trillion to $21.75 trillion, a 41 percent increase. More than 90 percent of every new dollar of debt was paid for by printing it.

The inflation is little wonder. And neither are its impacts.

The news comes as 58 percent of Americans say America is already in a recession, according to the latest Economist-YouGov poll, despite continued happy talk from the Biden administration.

Just in June, President Biden was saying that a recession this year was “not inevitable.”

All this has to also be very bad news for Congressional Democrats hoping to hold onto meager majorities in the House and Senate in the November midterms.

Republicans still lead the average of national generic Congressional ballot polls taken by 1.9 percentage points, 46 percent to 44.1 percent, according to RealClearPolitics.com. In an average year in midterm elections dating back to 1906 through 2018, the party that occupies the White House usually loses on average 31 seats in the House, and about three seats in the Senate. If that happens, Republicans should easily reclaim both the House and the Senate this year.

Add the inflation to the mix, and this November, the American people will get to register their approval or disapproval for the state of the economy. That usually impacts the incumbent party. The question is by how much. Stay tuned.

This post, Inflation cracks 9.1 percent, highest since 1981, as imminent recession looms, was originally published on The Daily Torch and is republished here with permission. Please support their efforts.