India flooding global sugar markets with $2 billion of subsidies serve as a warning to U.S. 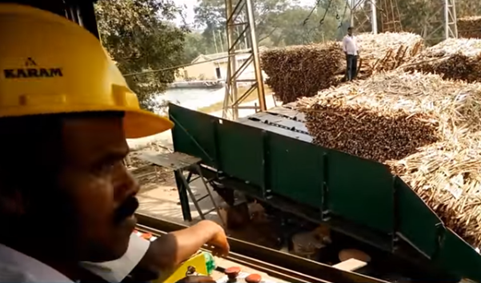 President Joe Biden and the office of the U.S. Trade Representative should pursue two-way trade talks to draw down global sugar subsidies—but only reciprocally.

Since 2017, India has flooded global sugar markets via price and export subsidies to the tune of almost $2 billion, including $853 million in the 2019-2020 season alone, according to a new research paper by Green Pool Commodity Specialists, causing global prices to crash and earning it it a one-way ticket to the World Trade Organization, following complaints from Brazil, Australia and Guatemala.

According to the report, entitled, “Indian Sugar – The Impact of Over-production on Sugar Industry Revenues,” by heavily subsidizing a domestic industry, in this case sugar, India—and other exporters dumping commodities or goods—can flood foreign markets, hurting their competitors overseas.

As a result of these distortions, India is incentivizing overproduction, flooding global markets, and harming prices, per the report: “India’s high, government-set domestic sugar prices are far higher than global white sugar prices. Indian farmers and millers have no incentive to prevent over-production – since the government picks up the tab for the difference between the mill’s cost and the lower export price on global markets.”

Critically, per Green Pool, India’s sugar dumping has been setting a ceiling on prices: “Global sugar prices… have struggled to gain any ground above the Indian export selling price, and have spent considerable time below this level.”

Green Pool notes that countries like Brazil are able to quickly offset drops in global sugar prices by ramping up sugar ethanol production — it does the opposite when either ethanol prices drop or sugar prices increase.

Such a model would benefit India, surely, and global markets. India’s market distortions have been ramping up in recent years as it has been entering ethanol markets, which has increased from 190 million gallons in 2015 to 515 million gallons in 2020, according to data compiled by EthanalRFA.org.

This has helped to offset some of India’s overproduction issues, however, Green Pool reports, “India’s ethanol distillation capacity is close to full utilisation.” Meaning, ethanol offsets for India’s sugar overproduction problems could still be years away.

In the U.S., where most of its ethanol is produced via corn, domestic producers here tend to rely on sugar subsidies to offset these global market distortions. But for those subsidies, and overproduction from India or another overseas competitor could cripple the U.S. industry as surely as a massive drought.

President Joe Biden and the office of the U.S. Trade Representative should pursue two-way trade talks to draw down global sugar subsidies—but only reciprocally.

Something for policy makers to keep in mind. Global agriculture does not operate as a free market, and until nations end beggar thy neighbor cycles of currency devaluation and dumping surplus commodities and goods, the responsible policy is to ensure that domestic producers are not wiped out.

The post India flooding global sugar markets with $2 billion of subsidies serve as a warning to U.S. appeared first on Daily Torch.

This post, India flooding global sugar markets with $2 billion of subsidies serve as a warning to U.S., was originally published on The Daily Torch and is republished here with permission. Please support their efforts.