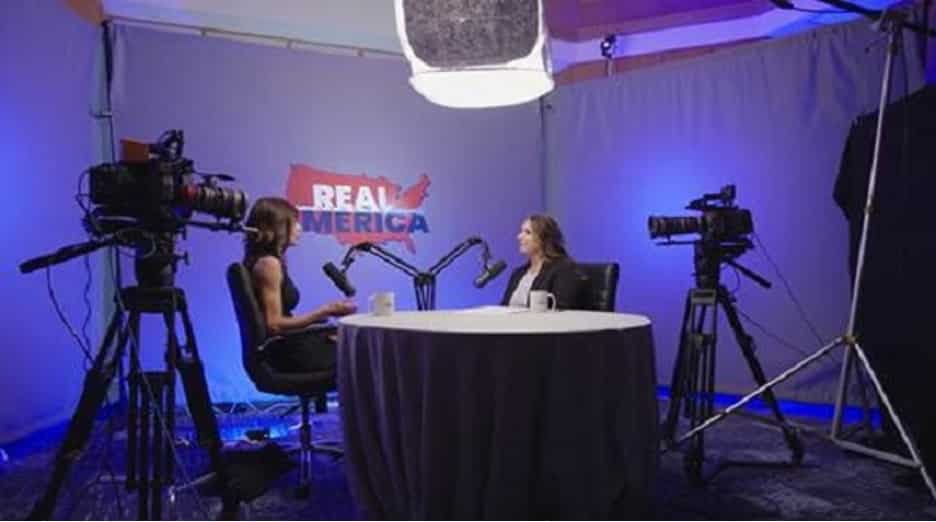 During the pandemic, Republicans were able to put into practice everything they believe in and have shown the country that limited government is the right approach.

South Dakota Gov. Kristy Noem says as the country emerges from the pandemic, states that embraced policies of limited government and maximum freedom over the past 18 months are succeeding far more than states run by governors who took a big government approach.

South Dakota has the nation’s lowest unemployment rate at just 2.9 percent and Noam credits that to her decision early on to reject extra federal unemployment money and her determination to keep businesses open.

“I refused to label any business ‘non-essential,” Noam told GOP Chairwoman Ronna McDaniel in the GOP’s debut podcast, Real America. Noam noted that the week after she rejected Biden’s unemployment bonus money (an extra $300/week), weekly unemployment claims in her state dropped by half.

“It clearly shows the Democrat leadership failed people,” Noem added. “It failed businesses. It bankrupted them, their families, and their states. [Their policies] were wrong on every level. Republican leaders stood up and fought for freedom.”

Noem said that the past year Republicans were able to put into practice everything they believe in and have shown the country that limited government is the right approach.

“It really does create opportunities for the American dream. We have clear proof that what we believe actually leads to the brightest future,” Noem explained.

The Real America podcast shares stories from outside the beltway, highlights Republican leadership, and shows how Republican policies are leading America’s comeback and working for real Americans. Chairwoman McDaniel is offering the platform for Republican leaders to share their successes.

“America is an amazing country filled with wonderful people who do incredible things, but too often the media and liberal politicians ignore big parts of our nation and the people who make it work,” McDaniel in a press release. “So I’m thrilled to speak with these amazing leaders and policymakers in our party who solve real problems every day, and help spread their message far and wide.”

Noem shared how she came to challenge big government at a young age after her father died in a farming accident at age 49 when Noem was in her final year of college. She had to leave school to manage the family business and soon learned that her family could lose everything if they didn’t pay the federal government’s onerous death tax. Noem and her siblings spent the next ten years working to pay that tax debt.

“That’s what really got me involved in government and politics,” Noem explained. “I could not figure out how after a family is hit with a tragedy, there could be a federal law that would then threaten to take away their family business.”

Noem said that what surprised her the most during the pandemic was how quick so many Americans were to give up their freedoms. “Somebody said, ‘You can’t gather in groups in your home. You can’t operate your business. You can’t attend church.’ And they said, ‘Okay.’ That was shocking for me to watch people just comply.”

Noem said Republican leaders need to remind Americans why our nation was founded.

“It was founded for freedom. It was founded to get out from under the heavy hand of government. And our Constitution is what has made America special for hundreds of years.”

Noem said she used the pandemic to talk to her constituents about more than simply Covid case numbers, but about her belief that government should play a limited role in our lives.

She wants all Americans to remember that in the next elections “freedom really is on the ballot.”

This post, GOP governors bring hope to America during Biden’s Big Government Era, was originally published on The Daily Torch and is republished here with permission. Please support their efforts.

The Charity That Changes Lives