Deficit will hit $3.6 trillion in fiscal year 2021 as $7.27 trillion of the national debt will come due in the next year alone

Despite the record amounts of debt, the Treasury and Federal Reserve do not appear to have any trouble financing the debt at the moment.

The annual budget deficit has already hit $1.9 trillion and counting for the fiscal year that will end in September, according to the U.S. Treasury’s April statement, and it will reach as high as $3.6 trillion this year, says the White House Office of Management and Budget (OMB). Comparatively, in 2020, the deficit totaled about $3.1 trillion for the entire year.

This comes amid the massive government spending in response to the Covid pandemic, including the $2.2 trillion CARES Act in March 2020, the $900 billion phase four legislation in Dec. 2020 and then President Joe Biden’s additional $1.9 trillion Covid stimulus bill in March 2020. Another $2.1 trillion infrastructure plan is in the works. And now, Biden is offering his $6 trillion budget, which will blow another $1.8 trillion hole in the deficit in 2022.

As a result, 33 percent of marketable national debt, or about $7.27 trillion of the $22 trillion of publicly held debt, will be coming due within the next year, according to the latest data by the U.S. Treasury.

During the Covid pandemic and ensuing recession, the U.S. Treasury temporarily increased shorter term bond issues as interest rates collapsed from about 28 percent of the total debt to 33 percent.

This occurred as overall interest rates collapsed and the Federal Reserve renewed quantitative easing, where of the more than $4.95 trillion of new debt since Jan. 2020, $2.7 trillion of it was purchased by the Fed and counting as it keeps buying $80 billion of treasuries a month, plus $40 billion of mortgage-backed securities.

The rest of new debt was purchased by U.S. financial institutions. Interestingly, foreign-held U.S. treasuries has barely budged during the Covid pandemic. In Jan. 2020, $7.027 trillion was held by foreigners including central banks, according to the Treasury. In March 2021, it is $7.028 trillion. Meaning, foreigners are not buying, but they’re not selling, either.

The years prior, during the Obama-Bernanke years and the last round of quantitative easing, and also during the Trump years, the Treasury was switching to longer-term bonds to lock in the lower interest rates that came in the wake of the Great Recession.

In fact, the amount of short-term paper held today is generally much lower than in the past. In the early 1980s, for example, when interest rates were in the double digits, nearly 50 percent of all treasuries were less than a year long, precisely to save taxpayers the cost of crushing interest costs at the time.

Meaning, because of the foresight of the prior two administrations to lock in lower long term interest rates, those longer term interest rates will likely continue to remain stable, and may even drop some more as quantitative easing wears on and the current bout of mini-flation gets past the Texas freeze and east coast pipeline price shocks.

The main driver behind the current short-term paper binge, of course, is the Federal Reserve itself. As the Fed restarted quantitative easing, the interest rate on 3-month treasuries for example dropped from 1.5 percent in Jan. 2020 to 0.09 percent by April 2020.

To give you an idea of how the Fed’s quantitative easing controls interest costs, just look at what happened beginning in 2016 when the central bank began hiking its short-term lending rate. After holding net interest owed on the debt (gross interest minus interest paid into the Social Security and Medicare trust funds) to about $220 billion from 2011 to 2015, in 2016 it rose to $240 billion, $262 billion in 2017, $324 billion in 2018 and $375 billion in 2019. In 2020, once the Fed went back to zero percent on its policy rate and renewed quantitative easing, net interest payments dropped to $345 billion, according to the latest data from OMB.

But with quantitative easing full speed ahead, what could happen is as the amount of short-term paper begins getting recycled into longer term paper — a process that has already begun — sales of 5-year bills, 10-year bills, etc. will gradually increase, which could temporarily cause rates to decrease. In the Great Recession, interest rates would continue collapsing through 2012 amid the Fed’s quantitative easing.

This is because of the inverse relationship between interest rates and demand for treasuries. The greater the demand, the lower the interest rate. And the Fed is doing a lot to artificially boost demand.

Consider, before Covid, 10-year treasuries were going for 1.8 percent in Jan. 2020. Then during the recession, they dropped close to 0.5 percent in July 2020, and have recovered back to about 1.6 percent as of this writing. They’re lower than before the pandemic started. If we were about to expect a massive inflation crunch, you’d expect to see interest rates going much higher. They may yet, but so far, it hasn’t happened yet.

What this means is that, despite the record amounts of debt, the Treasury and Federal Reserve do not appear to have any trouble financing the debt at the moment. They’re only expecting foreigners to maintain and refinance their existing holdings, which so far is occurring. And then via lending to U.S. banks, they fill in whatever the Fed is not buying. Unfortunately for fiscal hawks, the easy money from the Fed will only likely encourage more spending binges, including Biden’s $6 trillion behemoth budget, from the Democratic-controlled Congress.

This post, Deficit will hit $3.6 trillion in fiscal year 2021 as $7.27 trillion of the national debt will come due in the next year alone, was originally published on The Daily Torch and is republished here with permission. Please support their efforts. 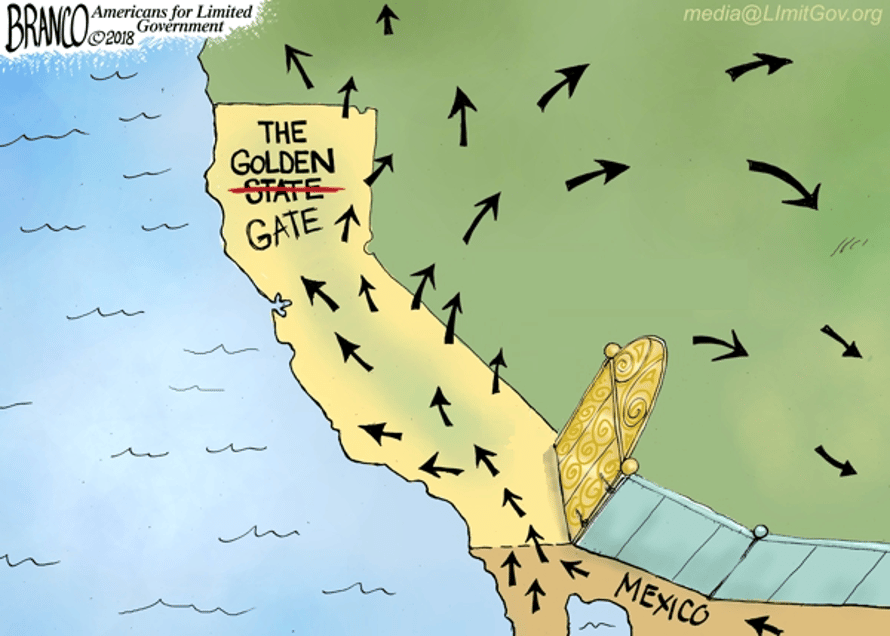