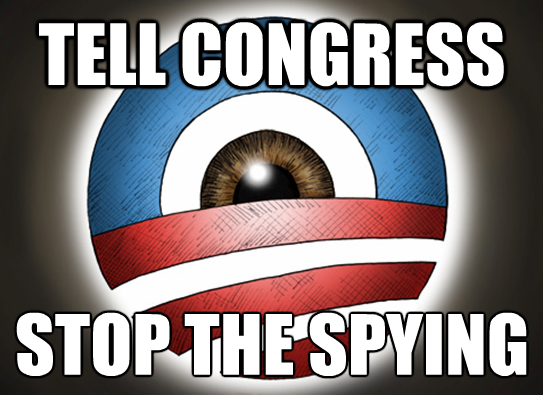 Politico reports that in fall of 2020, the Capitol Police began a process of investigating staff and visitors to members offices at the U.S. Capitol, and dramatically expanded their efforts after the first of the year, 2021.  These investigations include going through personal Congressional staff members’ social media accounts and investigating the owners of buildings and homes where members meet.

This is warrantless surveillance. There are no criminal allegations being investigated, it’s a fishing expedition in violation of the Fourth Amendment. It also violates the First Amendment right to peacefully petition members of Congress, by creating a chilling effect on Congressional staff, advocacy groups and even personal friends of members.

The effect of this intrusion is that any private citizen who hosts a fundraiser or even a private party where a member of Congress is invited could be subjected to a full-scale Big Brother investigation into every aspect of their lives.

What’s more since the Capitol Police report to the Speaker of the House, they are effectively conducting political opposition research for the majority party.

Politico reports that friends of Florida Senator Rick Scott and House Minority Whip Steve Scalise have been subjected to these inquiries without the courtesy of the respective members being notified.

The public has a right to meet with elected officials. For the Speaker to use the Capitol Police to monitor meetings of members of the opposition party is unconscionable.

Those responsible for implementing these programs within the Capitol Police should be fired, and Speaker Pelosi should be removed from her position for engaging in this practice.

House Democrats need to understand that a Capitol Police force that intrudes into the personal lives of Republican staff members while they are in control in January of 2023, will be reviewing theirs.  It is time to nip this abuse of power in the bud by ending it now.

This post, Capitol Police’s warrantless spying Congressional staff and visitors must end, was originally published on The Daily Torch and is republished here with permission. Please support their efforts.