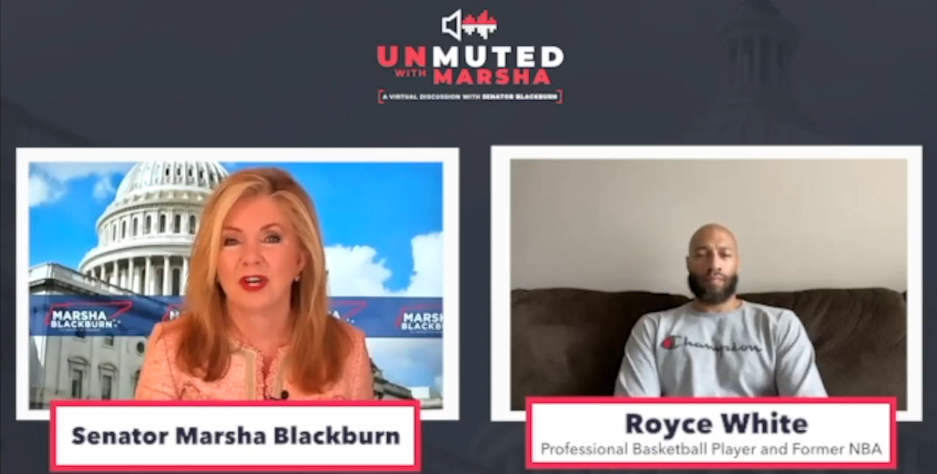 “The NBA’s partnership with the Chinese Communist Party is at its core corrupt. They serve as little more than front men for a repressive regime which stands against everything the woke association purports to believe.”

The NBA announced in July of 2020 that it terminated its relationship with a league-run training academy in Xinjiang, China, which is the region where around one million Uyghurs are reportedly being held in concentration camps.

Despite that,  the NBA’s business operations in China is worth more than $5 billion, and the league plans to continue showing its product despite tensions between the two global superpowers.

NBA Commissioner Adam Silver spoke to the media earlier this month before Game 1 of the 2021 NBA Finals to defend the NBA’s ongoing business relationships in China.

“I do think it remains important, that particularly when tensions are high between governments, that we foster these sports, educational, cultural relationships,” Silver said. “I’ve said that from the very beginning. It certainly doesn’t mean that we are blessing everything that happens in China by any means. We are at root an American company, and so we follow U.S. government policy.”

The NBA does have an interest in finding common ground, as its China operation is worth more than $5 billion. The business includes a $1.5 billion media rights agreement with China-based tech company Tencent. State-run CCTV also aired NBA games, but that partnership was interrupted in 2019 following Twitter comments by Philadelphia 76ers top executive Daryl Morey.

“The NBA’s partnership with the Chinese Communist Party is at its core corrupt,” said Manning.  They serve as little more than front men for a repressive regime which stands against everything the woke association purports to believe.”

White, the former Houston Rockets first-round pick, brought a “Free the Uyghurs” shirt to a Big 3 basketball game earlier in July and has continued to raise awareness about the treatment of Uyghurs in China on social media. His current profile picture on Twitter also reads “Free the Uyghurs.”

White shared with Blackburn his beliefs about what is going on in China and called out the NBA, saying they are undermining humanitarian efforts.

“First, I wanna’ say that I think the situation with the Uyghurs is an atrocity first and foremost, you know, and it also is a litmus test for coherence in our ideas about justice and so, you know. For me, as an athlete, as an American, as a black man, there are a great deal of political issues on our table across the board that involves a number of different agendas and interests.

“But it seems very clear that from Wall Street to Silicon Valley, from Washington, DC to Hollywood, we’ve capitulated to China, and we’ve done so in pursuit of their blood money, and it has left our economy weak and unstable, and it’s also left our morality in a tailspin,” White said.

“It’s outright corrupt, you know, for an organization that champions human rights initiative so much, it really is a sign of decadence and a real undermining of humanitarian efforts by and large in the most general sense, when you have outright apologized to China publicly, as people within the organization spoke out against China. You know, the tell-tale signs of leadership and truth in this day and age are the people who are gonna’ put themselves in immediate harm’s way in the interest of justice and freedom, and all the ideas we say we value,” White continued.

In July 2002, Blackburn sent a letter to the NBA asking for information about the league’s investments in China and the abuses against the Uyghurs. She made public the NBA’s response. In it, NBA Deputy Commissioner Mark Tatum said they have not had any involvement with the Xinjiang basketball academy for over a year.

Despite the response from the NBA, Blackburn slammed the organization in a statement to the Daily Caller.

“The Chinese Communist Party is a brutal and repressive regime. Over one million Uyghurs are being held in forced concentration camps by Beijing solely because they are Muslim. The NBA, better known as the National Beijing Association, has created a false purist of social justice at home while they kowtow to the CCP to profit from their blood money,” Blackburn said.

“Royce is one of the few professional basketball players that is not afraid to stand up to Adam Silver and Communist China. It’s time for folks like LeBron James to educate themselves and join our fight to protect the Uyghurs,” she added.

This post, Calling Out the NBA’s Ongoing China Slave Problem, was originally published on The Daily Torch and is republished here with permission. Please support their efforts.