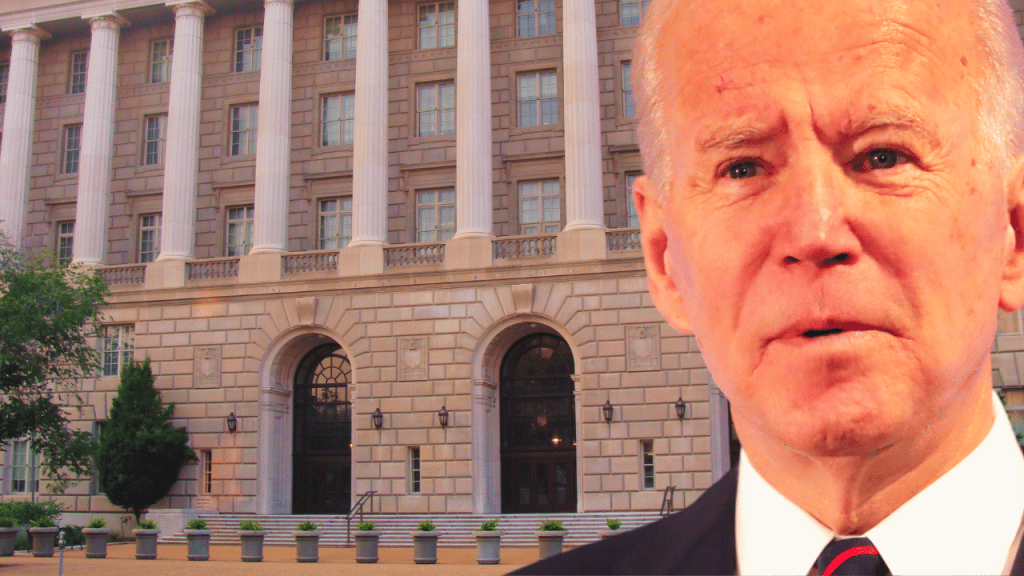 President Joe Biden and ‘conservative’ Democrat Joe Manchin’s alleged inflation fighting legislation passed through the Senate this past weekend.  It will be surprising to many Americans that the inflation fight includes hiring 87,000 new Internal Revenue Service agents, who are supposed to squeeze $200 billion out of their pockets over the next ten years.

This is the Democrats plan to stop American’s wallets from inflating – IRS audits.

Senate Republican Mike Crapo (R-ID) reports that the Biden inflation bill will make the IRS, “one of the largest federal agencies — larger than the Pentagon, State Department and Border Patrol combined.”

Incredible to think about the tax collection agency dwarfing much of the rest of government, but there is an old saying that what you say about your priorities matters less than how you spend your money.  The Democrats showed America what their priorities are.  Not the border and increased security, not our ability to conduct diplomacy around the world or to keep the peace through strength, no Democrats prioritize higher taxes and dramatically more agents to collect them.

Those crazy Democrats, the political party that gives people just what they want right before election-day, an IRS auditor in every neighborhood.

The magnitude of the expansion cannot be overemphasized.  Currently, the IRS has just over 78,000 total full time employees doing all of the business of the Agency.  This number will be dwarfed by the newly incoming 87,000 enforcement agents. Just the seating charts will be a logistical nightmare.

By comparison the entire Border Patrol only has 19,500 agents. With the immigration crisis at the border, perhaps Biden is planning on auditing the under the table earnings of the millions of newly arrived illegals to make them think twice about their choice to invade our country, but somehow I don’t think so.

And remember President Joe Biden’s promise that he won’t raise taxes on anyone who makes less than $400,000 a year?  Senator Crapo offered the Democrats in the Senate the opportunity to prohibit this tidal wave of auditors from conducting any audits on anyone who makes less than $400,000 through an amendment to the inflation bill, and yep, you guessed it, the amendment which needed 51 votes, failed on a 50-50 vote.  Not a single Democrat voted to protect taxpayers making less than $400,000, and the feckless Vice President refused to break the tie on behalf of the little guy.

But there is a snag in Biden’s plan to audit America into oblivion.  Congress revisits the appropriations for the IRS at least once a year through the Financial Services and General Government appropriations bill.  Due to Congress being completely broken procedurally, this appropriation bill is often passed as part of a Continuing Resolution (CR) or by an Omnibus bill each of which lumps multiple spending bills together.

To pass a CR or Omnibus bill doesn’t require 51 votes, but instead needs the magical 60 votes to overcome a filibuster in the Senate.  Meaning that 41 GOP Senators can lay down a line in the sand and simply just say no to this dramatic expansion of the Internal Revenue Service by refusing to fund it.

Ending Biden’s weaponized IRS enforcement army before it ever gets hired should be a non-negotiable part of the upcoming government funding negotiations.  After all, the best way to stop an infestation is to stop it before it spreads.

This post, Biden’s 87,000 new IRS agents may be short-lived, was originally published on The Daily Torch and is republished here with permission. Please support their efforts.