Biden wanted to get out of Afghanistan in the worst way. And he did. 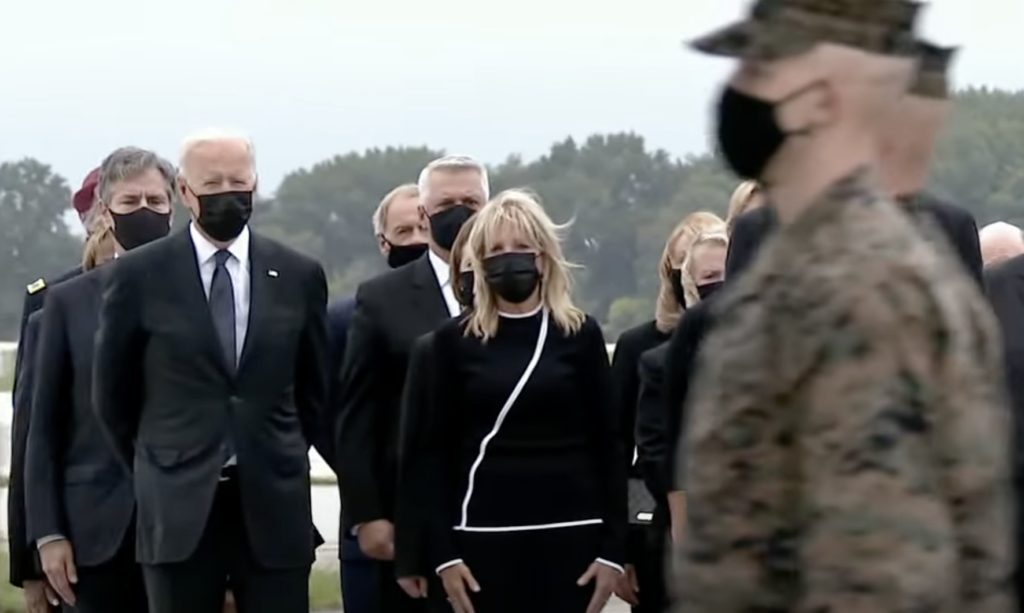 Biden’s mental rigidity may reshape his political fortunes in the short term, but in the long term, the damage could be so great, that the U.S. could forever lose its place as the leader of the free world.

As Americans, indeed the world, struggle to understand how things went so horribly wrong in Afghanistan, I keep coming back to this one thing: mental rigidity, more specifically, Joe Biden’s mental rigidity. The term refers to an obstinate inability to yield or a refusal to appreciate another person’s viewpoint. It can also refer to the inability to change habits and the inability to modify concepts and attitudes once developed.

We know that in the days leading up the Taliban takeover of Kabul,  European leaders and British Prime Minister Boris Johnson pressed Biden to delay his planned Aug. 31 deadline for withdrawal. The U.S. military urged Biden to keep a small troop presence in Afghanistan and the intelligence community warned that a total pullout would lead to a Taliban takeover. Presidents Barack Obama and Donald Trump listened and responded appropriately to those concerns, and refused to withdraw U.S. troops before leaving office. But Biden didn’t.  He wanted to get out of Afghanistan in the worst way, and he did.

Congressman Doug Lamborn (R-CO), a member of the House Armed Services Committee, put it this way, “Joe Biden is stubbornly refusing to face the facts. He’s getting advice from the intelligence community and for military advisors, saying it’s impossible to pull out by August 31 That doesn’t faze him. He says, ‘We are going to pull out no matter what.’”

On at least one point of this debacle there seems to widespread agreement: it was a mistake to hand over Bagram Airfield to the Taliban before getting all our people and allies out of Afghanistan. In June, Rep. Lamborn asked Gen. Milley, Chairman of the Joint Chiefs of Staff, about the wisdom of that decision. He was told, simply that the airfield was “not tactically necessary.”

Lamborn said that answer was “not satisfactory. They don’t have a good answer. There’s no way to explain how that makes any sense. It’s just Joe Biden is fixated and obsessed with getting every single American out of Afghanistan.”

Lamborn noted that if the U.S. had kept Bagram Airfield, we would have had a second place for evacuations. “It was a lot more defensible,” Lamborn explained. “It would have worked so much better, especially if you had two airports going at the same time. It would have reduced a lot of the congestion and ability to kill people as we tragically saw.”

In the short term, Biden may very well recover from this debacle, because it is still his first year in office and he has the support of friendly media. Other presidents have bounced back after setbacks such as the 1961 Bay of Pigs invasion, the 1993 “Black Hawk Down” incident in Somalia, the 2003 invasion of Iraq and the 2011 Libya intervention.

But there are long term dangers resulting from Biden’s mental rigidity. First, we face the possibility of a major terrorist attack emanating from Afghanistan, especially on U.S. soil. It wouldn’t even have to be as bad as 9/11 to be deeply damaging to Biden and the Democrats. Second, of far more importance, America faces the inescapable truth that our enemies don’t fear us and our allies don’t trust us.

The damage to our relationship with our European allies may result in a permanent shift in the balance of power, away from the U.S.

The sense of catastrophe hanging over the situation in Afghanistan has only added to the long-running discussion over Europe’s need for greater strategic autonomy. “We must strengthen Europe such that we never have to leave it up to Americans,” Armin Laschet, who is vying to succeed German Chancellor Angela Merkel, said during a televised debate Sunday against his main election rivals. Laschet, who is a center-right Christian Democrat like Merkel, also said earlier this month that the Afghanistan withdrawal was “the biggest debacle that NATO has suffered since its founding.”

“Was our intelligence really so poor? Was our understanding of the Afghan government so weak? Was our knowledge on the ground so inadequate?” former British prime minister Theresa May said in a parliamentary speech last week. “Or did we just think we had to follow the United States and hope that on a wing and a prayer it would be all right on the night?”“For countries like Germany and Britain, which invested heavily in Afghanistan — political capital, troops, funds — the Afghanistan operation was about their commitment to NATO and the alliance,” Benjamin Haddad, director of the Europe Center at the Atlantic Council, told Today’s WorldView. “This is why what happened in recent weeks is a real trauma in Berlin and London. It signals a shift in priorities for the U.S. that runs deeper than presidential personalities and rhetoric.”

Biden’s mental rigidity may reshape his political fortunes in the short term, but in the long term, the damage could be so great, that the U.S. could forever lose its place as the leader of the free world.

The post Biden wanted to get out of Afghanistan in the worst way. And he did. appeared first on Daily Torch.

This post, Biden wanted to get out of Afghanistan in the worst way. And he did., was originally published on The Daily Torch and is republished here with permission. Please support their efforts.