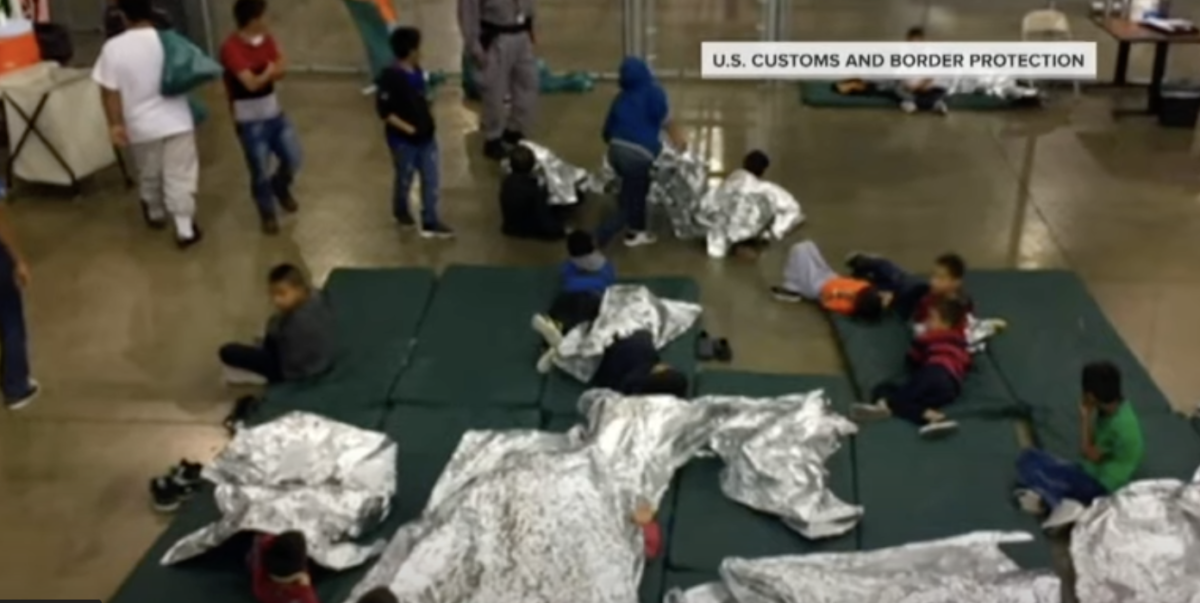 “Fortunately, it appears the administration is coming to its senses. But this is only due to the overwhelming outrage expressed by the American people.” – Richard Manning, ALG President

According to a report in the Wall Street Journal, the Biden Department of Justice (DOJ) is dropping its plan for a massive legal settlement with illegal aliens that would have cost U.S. taxpayers up to a billion dollars.

According to a lawyer for the American Civil Liberties Union, the DOJ has ended  settlement negotiations to pay monetary damages to families separated in 2018 under the Trump administration’s zero-tolerance immigration policy. The government will instead move to litigate the hundreds of claims filed by families seeking monetary damages for the lasting psychological trauma they say the prolonged separations caused, according to Lee Gelernt, deputy director of the ACLU’s immigrant-rights project and a lead negotiator in the talks.

According to the Wall Street Journal:

“The government and lawyers for the families had been in talks to pay up to $450,000 in damages to each person affected by those Trump administration actions. The lawsuits allege some of the affected children suffered from a range of ailments, including heat exhaustion and malnutrition, and were kept in cold rooms and provided little medical attention.

Amid political outcry from Republican lawmakers, after the settlement talks were reported, the government told outside negotiators the number would need to be lowered. This week, the lawyers say, the Justice Department pulled out of negotiations entirely.

“We are hardly naive that politics sometimes plays a role in Justice Department decisions but it is shameful that it happened when the lives of little children are at stake,” Mr. Gelernt said. “History will not look kindly on the Biden administration’s decision not to stand up for these small children.”

In early November, 11 Republican senators wrote to Mr. Biden urging him to not follow through with the settlement talks. “[R]ewarding illegal immigration with financial payments runs counter to our laws and would only serve to encourage more lawlessness at our border,” Iowa Sen. Chuck Grassley and 10 other Republican members of the Senate Judiciary Committee wrote.

Americans for Limited Government (ALG) President Richard Manning said the fact that the DOJ would even consider using taxpayer money for this was a “slap in the face to every working American and demonstrated the misplaced priorities of the Biden administration. Fortunately, it appears the administration is coming to its senses. But this is only due to the overwhelming outrage expressed by the American people.

“When the American people get involved and make their voices heard, it is hard for the Biden administration to ignore them.

“That is why ALG seeks to not only inform our supporters, but to engage them, as well. This year alone, you all have sent almost 1.6 million emails to policy makers at the local, state, and national level, on issues such as this. Liberty is worth fighting for.”

More from the Wall Street Journal:

A universal settlement of the claims could have led to a total potential payout of $1 billion or more, people familiar with the matter said, but government officials said litigating individual trials could be even costlier. Around 940 families have filed claims so far, asking for an average of $3.4 million per family.

Litigating the claims individually will put the Biden administration in the uncomfortable position of fighting the immigrant families, a spectacle the government had hoped to avoid through a universal settlement, according to people familiar with the administration’s thinking.

President Biden made the family-separations policy a major issue in the 2020 campaign, calling it a “moral and national shame.” The Department of Homeland Security under Mr. Biden set up a family reunifications task force, and has so far reunited about 50 families.

Catherine Mortensen is Vice President of Communications for American for Limited Government.

This post, Biden DOJ Walks Away from Billion Dollar Giveaway to Illegal Aliens, was originally published on The Daily Torch and is republished here with permission. Please support their efforts.