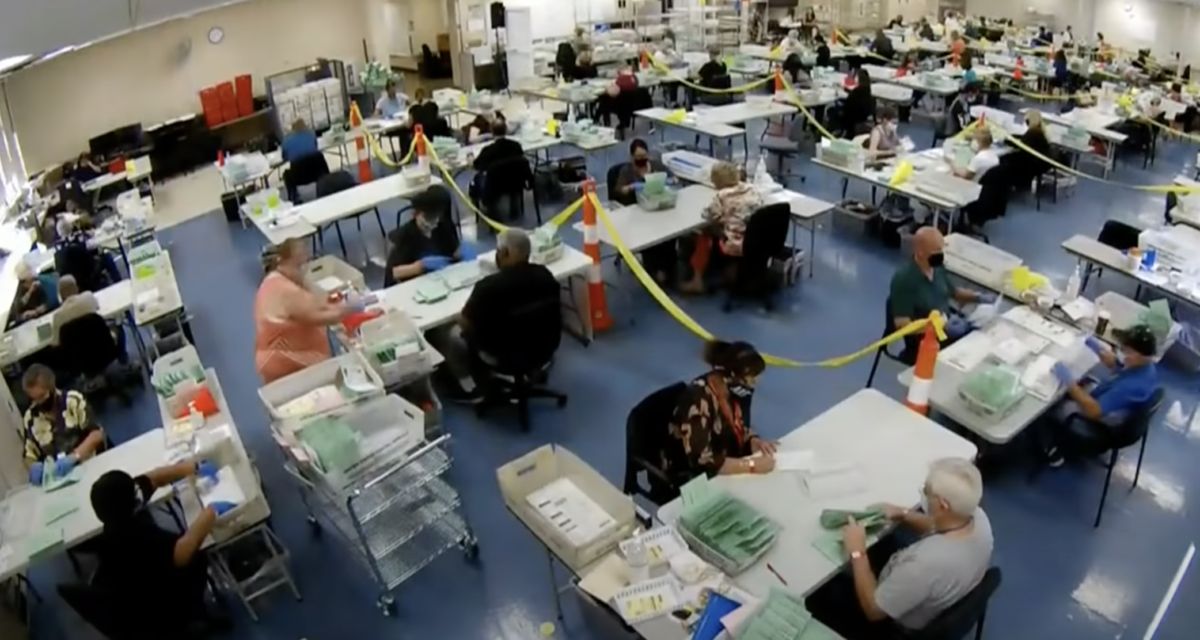 Trusting Biden’s Justice Department with national election security would do severe damage to the basic principle of one-person-one-vote.

The John Lewis Voting Rights Advancement Act, H.R. 4, one the most highly touted Democratic priorities this session,  was introduced Tuesday, with the expectation that it will pass through the House when the lower chamber reconvenes next month.

More sweeping legislation — H.R. 1, the For the People Act — looks increasingly like a lost cause in the evenly split Senate given broad GOP opposition.

Americans for Limited Government opposes the measure because it would create a one-party rule.

H.R. 4, the Federal Election Takeover Act Version II, is a desperate attempt to change federal election laws in such a way that Democrats can avoid being wiped out in next years general election.

H.R. 4 would empower the Biden Justice Department to review every state and local election change down to the locations of drop boxes or voting locations.  Given the Justice Department’s attempted legal intervention in the Arizona 2020 election audit and long-term opposition to basic voter identification requirements and ballot security measures, these bureaucrats cannot be trusted with this power.

I urge the House of Representatives to reject this radical federal takeover of our election system.  Trusting Biden’s Justice Department with national election security would do severe damage to the basic principle of one-person-one-vote. H.R. 4 should be scuttled.

The newly introduced legislation will seek to reinstate the oversight power of the 1965 Voting Rights Act, which has been cut down in recent years.

Specifically, the federal preclearance outlined in Sections 4 and 5 of the bill has been cut down by the Supreme Court. It required states and jurisdictions with histories of racial discrimination — largely the South — to gain approval from the Department of Justice before implementing any change to voting procedure.

In 2013, the Supreme Court ruled in the landmark case Shelby County v. Holder that the formula that created the preclearance threshold was outdated and therefore unconstitutional.

Chief Justice John Roberts made it clear at the time, though, that Congress had the authority to update the formula.

In recent months, nearly 20 GOP-controlled states have passed at least 30 laws that aim to protect election integrity.  Democrats are attempting to thwart those measures with both H.R. 1 and H.R. 4 would combat the state bills, but at the moment, there isn’t a clear path forward for either piece of legislation.

Democrats’ other options would be to either completely nix the filibuster or create an exception for legislation that pertains to voting rights that would allow the bills to pass by a simple majority vote.

While exceptions to the filibuster do exist, Manchin and fellow moderate Sen. Kyrsten Sinema (D- Ariz.) have blanched at both possible solutions.

This post, ALG Urges Congress to reject Democrat Election Takeover Act II, was originally published on The Daily Torch and is republished here with permission. Please support their efforts.