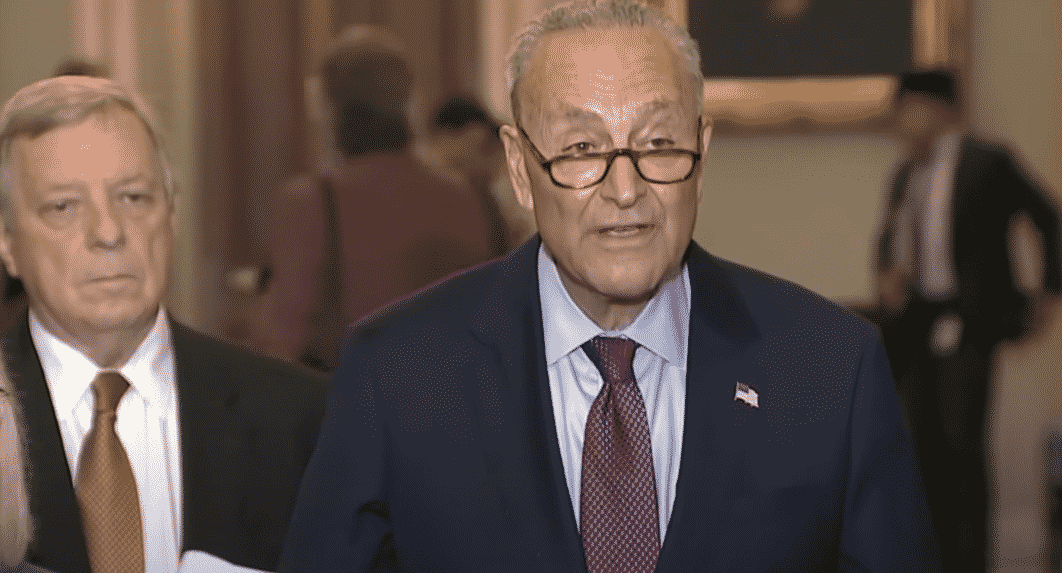 Senate Democrats are trying to pass a ‘blank check’ bill that would allow them to spend trillions of dollars on their socialist wish list and ultimately crush our individual liberties & freedoms.

Americans for Limited Government is urging every Republican senator to reject any and all versions of Senate Majority Leader Chuck Schumer’s blank check spending bill.

Republicans successfully blocked Schumer’s first blank check bill Wednesday afternoon, but according to Politico, members of both parties expect at least one more try in the coming days. GOP centrists say they may be willing to provide the votes as early as Monday, when they think discussions will conclude over a bill expected to provide nearly $600 billion.

Schumer took Nancy Pelosi’s “Congress ‘[has] to pass the bill so you can find out what’s in it’” approach to lawmaking  to a new by forcing a vote on an infrastructure bill before the details have been negotiated.

As Schumer seeks to negotiate with Senate Republicans and make changes to his so-called infrastructure spending bill, Republicans must stand strong and stop the blank bill by.  The Schumer scheme itself is stunning in its own right. The term blank bill is accurate. It is a bill with no language detailing what the spending would be – a literal blank check with the numbers and details to be provided later.  Schumer is asking  Republicans to give up their ability to stop the bill using the filibuster, allowing him to then write the check, put anything he wants into the bill,  including the entire green new deal agenda. Schumer could them cram the bill  through with a straight partisan Democrat vote with the Vice President breaking  the tie.

Any Republican Senator who votes for any version of this bill would be waving a white flag in the battle for our nation.

The unfortunate truth is Republicans cannot make any deal with the duplicitous Democrats.

Schumer, Pelosi, and Biden have each already promised that they will disregard compromises made in any infrastructure bill by using the budget reconciliation process that by-passes the Senate filibuster to push through more than $3 trillion in additional spending for a left-wing wish list including green new deal spending and amnesty for illegal aliens. This all makes any bipartisan bill moot, and continued negotiations an exercise in vanity at best.

It is time for Senate Republicans to open their eyes and see that this is not the 1990s or 2000s. Today’s Senate Democrats are not looking for collegial compromise but instead to achieve total victory for their  world view.  Senate Democrats know that in 2022, if they don’t rig the election laws, they will lose  control of the House of Representatives and perhaps even the Senate, losing a historic chance to put a knife through the heart of individual liberty in America.

The GOP must understand  that while they view politics in DC through a rose-colored lens, the Democrats view them as their enemy.

Senate Republicans should immediately and permanently end the meaningless negotiations they are undertaking, and finally realize that their good intentions are merely providing cover for the bad intentions of the left.

This post, ALG to Senate: Just Say No to Schumer’s ‘blank check’ spending bill, was originally published on The Daily Torch and is republished here with permission. Please support their efforts.