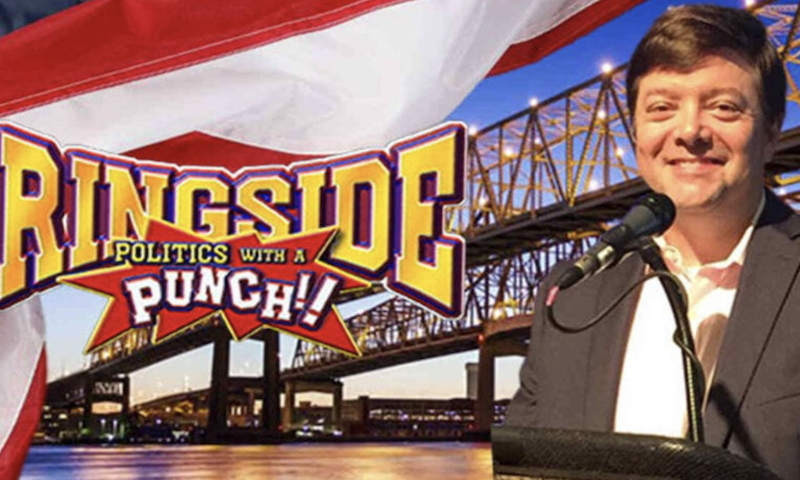 “What we lived through in the Seventies was a vicious cycle of rising costs and rising wages. People could barely keep up.”

Jeff Crouere: Last night, Joe Biden gave a town hall meeting. He had all kinds of things that he was talking about that didn’t make sense and one of them was, he was claiming that all this excess spending that we’re doing deficit spending growth of government will not cause inflation. And I find that hard to believe

Rick Manning: Under inflation, your money is worth less. Biden’s spending is causing there to be a lot of money out there chasing the same amount of goods, you end up with that money being worthless, because the price of goods goes up to accommodate it. That’s inflation. When the government spends a bunch of money, it ends up creating an inflationary cycle, which is a disaster. Anybody who lived in the 1970s, knows who it hurt middle-class and poor American families.

Wages could not keep up. People wanted more money for the job they did because they couldn’t afford to buy stuff. And so they kept on buying. They got a raise, but then the person who gave them the raise had to raise the cost of what they’re producing. You have this vicious cycle of rising costs and rising wages, people can barely keep up.

People were always thinking, “The harder I work, the further I fall behind.” That’s what Joe Biden is launching with his massive Spend-a-thon.  In 1980, when Ronald Reagan ran for president, he talked about the misery index which is when you add the unemployment rate, the inflation rates, and then the interest rates. At one point inflation was through the roof at 21 percent!

Rick Manning: There is a reason for that. Most people don’t realize that the Federal Reserve is actually buying our government debt. They buy about a billion dollars’ worth of debt every month. And so, they’re, they’re basically consuming a trillion dollars’ worth of debt, a year. And as a result, the Federal Reserve is the single greatest holder of our debt. They’re controlling the interest rates by controlling the bond markets.

Jeff Crouere: Rick, Americans for Limited Government sent out a recent statement telling Senate Republicans that they need to stand and fight. You’re talking about the recent attempt by Senate Majority Leader Chuck Schumer to ram through another gargantuan spending bill without providing any details of what’s in the bill. How much are we talking about in this spending bill, what are the numbers here.

Rick Manning: Yesterday there was a vote in the Senate for a bill that was a blank check. It literally had no words in it. But we know that Schumer has said that he wants to spend between $3 and $6 trillion on top of the $1 trillion that the Republicans and Democrats have apparently agreed to in a so-called infrastructure bill.

The single greatest truth I’ve learned in politics, I learned in the last five years. I was sitting meeting with members of the Trump administration, and I asked this question of a very high-ranking person in the administration: “Why aren’t you fighting on debt and the spending that’s going on?”  Basically, I was told it’s because nobody was telling them to cut spending. Everybody wants us to do something with money, but nobody says stop spending money.

Jeff Crouere: Some people have conclude that the government is going to spend the money anyway, so I might as well get some of it.

Rick Manning: But in this particular instance, if Republicans vote for Schumer’s blank check bill, they will get nothing out of it. It would be a massive mistake. At some point, the Senate Republicans need to come to the reality that they don’t share values with the Democrats and anytime they cooperate with them, they’re merely providing cover.

Rick Manning: Liz Cheney is effectively a politician without a caucus. Cheney has allowed her hatred for Trump to cause her to lose her conservative bearings.

Jeff Crouere: And her effectiveness. Do you think she can get re-elected?

Rick Manning: If they only have one or two Republicans run against her in the primary, she will lose. But if there’s 10 Republicans running against her, she will win with like 50 percent of the vote.  Republicans in the state need to consolidate behind one or two people. President Trump is meeting with all the potential Republican candidates in Wyoming to try to decide who to support.

This post, ALG on Ringside Politics: Biden’s Spend-a-Thon Will Cripple Middle-class Americans, was originally published on The Daily Torch and is republished here with permission. Please support their efforts.