ALG on Just the Truth with Jenna Ellis: Treatment of Jan. 6th political prisoners is a slap in the face to American jurisprudence 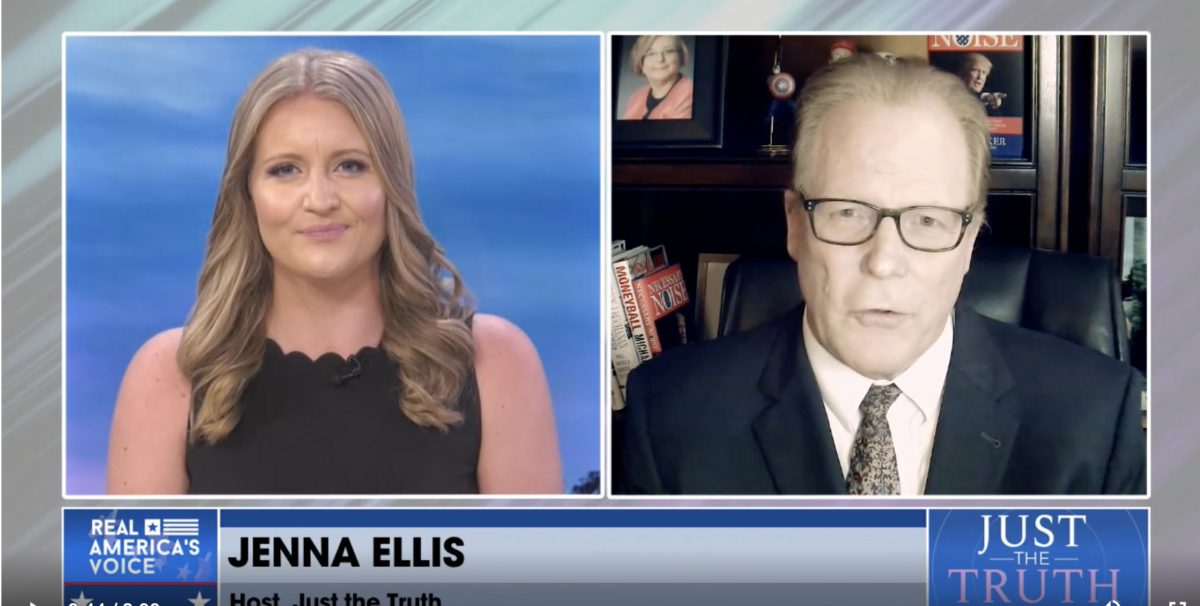 This is about punishment without a legal system backing it up. It’s time to take a stand and say enough is enough.

Americans for Limited Government’s Rick Manning was recently featured on Real America’s Voice News with host Jenna Ellis to talk about the Jan. 6 political prisoners being held in the DC Jail. Manning is fighting to ensure these prisoners are afforded their constitutional rights. Jenna Ellis is a constitutional scholar and attorney who was part of the 2020 Trump legal defense team. She hosts Just the Truth on Real America’s Voice News.

Jenna Ellis: There are five member of Congress who are demanding answers for the Jan. 6th protesters who are still being held as prisoners.  Rick, why are you supporting the congressmen?

Rick Manning: I think the Constitution is clear that every single American has a right to due process. Everyone is presumed innocent until proven guilty. What we have are a bunch of people who’ve been arrested and are being held. They are not getting a speedy trial. It’s alleged that they’re being held under really adverse conditions. It was outrageous for members of Congress to go to the DC Jail to try to get to the bottom of what was going on, and they were locked out of the jail and told that they were trespassing. Congress pays for that jail and has oversight.  There is good reason for concern about what’s happening with Jan. 6th prisoners.

Jenna Ellis: They are also entitled to reasonable bail. That’s part of due process protections. Is it somehow possible that politics is more important to judges and Democrats when it comes to these constitutional protections?

Rick Manning: Unfortunately, those arguments have been made in individual cases, and they’ve been rejected by federal judges at the District Court. This is about politics, and it really flies in the face of the entire concept of due process.

Jenna Ellis: These cases that are being argued in front of federal judges on an independent basis and are being rejected by these federal judges. It is absurd. They know the Constitution. They’re bound by it.

Rick Manning: What makes it even more egregious is a vast majority of these cases are misdemeanors. What we’re talking about is effectively a fine. In other cases, exactly like these, the cases have been dropped or people have been fined a small amount of money. We’re talking about a vast majority where it isn’t even a felony, it’s a misdemeanor, and people are being held for a reason for months for months in adverse conditions and not given their right to sprint speedy trial. It is a slap in the face to American jurisprudence.  This is a case where the Supreme Court Chief Justice John Roberts who oversees the district needs to intervene. He needs to say, “Wait a second. This is a direct violation these peoples’ rights.” The U.S attorney needs to show why he is holding these people. And if they can’t show us why they are holding them for misdemeanors, without having a speedy trial, they should at least grant them bail.

Jenna Ellis: Absolutely. It is hypocritical of the Democrats to be doing this because they’re the ones that keep calling for bail reform in misdemeanor cases when it’s people of color who come from a low-income demographics.  Democrats are apparently willing to sacrifice what is left of any of their integrity on the issue.

Rick Manning:  If integrity has a Democratic face, I couldn’t find one but. This is intimidation. It is about telling Americans, “You do not have a voice.”  The vast majority of these people in the Capitol were taking selfies. We know that there was no damage done inside the Capitol apart from the doors of the doors or windows. We know that no statues were broken. We know that none of the artwork in the two Capitol complexes were destroyed. That’s hardly an insurrection.  But now these people’s lives are ruined forever. That’s because this process is designed to presume guilt and punish them, and not allow them to renew their lives as normal. This is about punishment without a legal system backing it up. It’s time to take a stand and say enough is enough.

The post ALG on Just the Truth with Jenna Ellis: Treatment of Jan. 6th political prisoners is a slap in the face to American jurisprudence appeared first on Daily Torch.

This post, ALG on Just the Truth with Jenna Ellis: Treatment of Jan. 6th political prisoners is a slap in the face to American jurisprudence, was originally published on The Daily Torch and is republished here with permission. Please support their efforts.