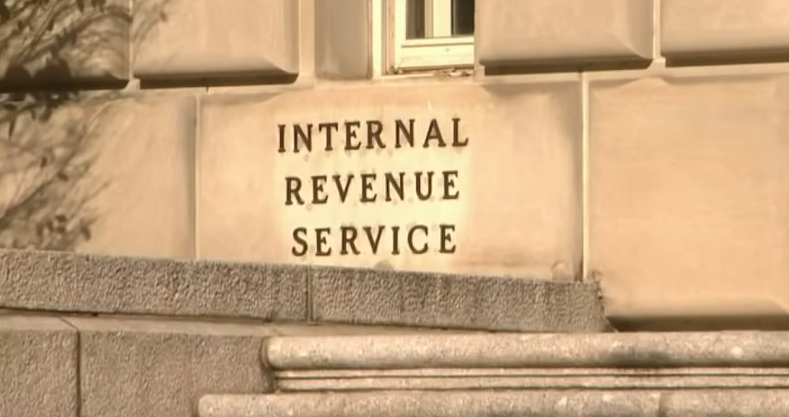 If you on average spend about $200/week, or to break it down even further, $28/day, President Biden and Democrats think that they deserve to snoop into your checking account.

The entire Democrat multi-trillion dollar socialist spending scam is bad for Americans, and bad for our economy. One particular provision that is especially terrible is their “IRS Surveillance” program, which would grant the government access to spy on nearly every Americans’ bank accounts. Their bill wants to use $80 billion of taxpayer funds to hire 85,000 more bureaucrats, nearly doubling the size of the IRS, to go through individuals’ personal banking information.

President Biden, and his colleagues in Congress, must have realized how unpopular this policy was with the American people, so they decided to make some “changes.” They created the impression they were raising the threshold in transactions individuals would need to hit before triggering the IRS to spy on their personal banking accounts.

Here’s the thing: what Democrats actually did was just window dress the same bad policy with different language. When you break down the $10,000 reporting threshold, all it means is that if you on average spend about $200/week, or to break it down even further, $28/day, President Biden and Democrats think that they deserve to snoop into your checking account.

Let’s run the numbers to see what an American would need to spend on an average day to activate Democrats’ “IRS Surveillance Program:”

Purchasing these everyday items, which don’t even include higher cost regular expenses like groceries, gas, utilities, and repairs, would reach the amount needed to allow the IRS to spy on middle class Americans, not just the “wealthy elite” like they claim. Republicans understand how important it is to protect Americans’ personal privacy, and their sensitive banking information. That is why we remain committed to defeating this provision, and every other big-government, socialist policy included in Democrats’ reconciliation bill that will not only lead the way to creating a surveillance state in America, but will continue to worsen inflation, labor shortages, and supply chain disruptions we are currently facing. 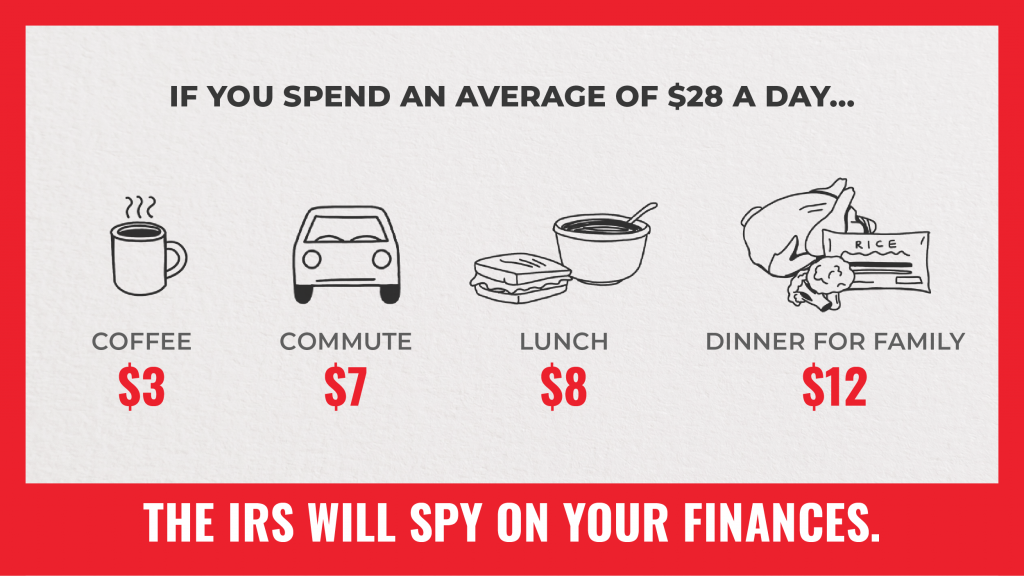 This post, $28/Day Triggers IRS Surveillance program, was originally published on The Daily Torch and is republished here with permission. Please support their efforts.