Victor Davis Hanson: Who are the real insurrectionists? 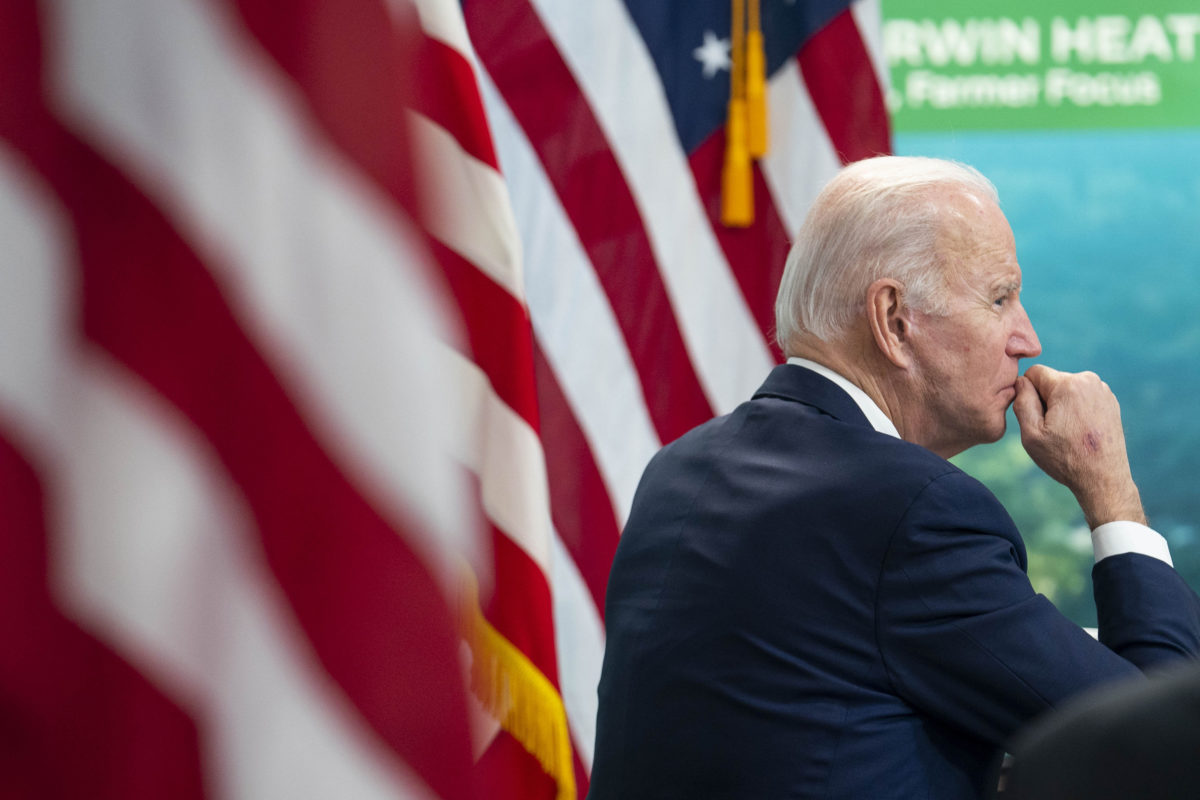 Recently, Democrats have been despondent over President Joe Biden’s sinking poll numbers. His policies on the economy, energy, foreign policy, the border, and COVID-19 all have lost majority support.

As a result, the Left now variously alleges that either in 2022, when they expect to lose the Congress, or in 2024, when they fear losing the presidency, Republicans will “destroy democracy” or stage a coup.

A cynic might suggest that they praise democracy when they get elected, only to claim it is broken when they lose. Or they hope to avoid their defeat by trying to terrify the electorate. Or they mask their own revolutionary propensities by projecting them onto their opponents.

After all, who is trying to federalize election laws in national elections contrary to the spirit of the Constitution? Who wishes to repeal or circumvent the Electoral College? Who wishes to destroy the more than 180-year-old Senate filibuster, the over 150-year-old nine-justice Supreme Court, and the more than 60-year-old, 50-state union?

Who is attacking the founding constitutional idea of two senators per state?

The Constitution also clearly states that “When the President of the United States is tried, the Chief Justice shall preside.” Who slammed through the impeachment of former president Donald Trump without a presiding chief justice?

Never had a president been either impeached twice or tried in the Senate as a private citizen. Who did both?

The Left further broke prior precedent by impeaching Trump without a special counsel’s report, formal hearings, witnesses, and cross-examinations.

New York City’s Department of Health and Mental Hygiene in December decided to ration potentially lifesaving new COVID-19 medicines, partially on the basis of race, in the name of “equity.”

The agency also allegedly used racial preferences to determine who would be first tested for COVID-19. Yet such racial discrimination seems in direct violation of various title clauses of the 1964 Civil Rights Act.

That law makes it clear that no public agency can use race to deny “equal utilization of any public facility which is owned, operated, or managed by or on behalf of any State or subdivision thereof.” Who is behind the new racial discrimination?

In summer 2020, many local and state-mandated quarantines and bans on public assemblies were simply ignored with impunity – if demonstrators were associated with Black Lives Matter or protesting the police.

The Biden Administration has allowed nearly 2 million foreign nationals to enter the United States illegally across the southern border – in hopes they will soon be loyal constituents.

The administration has not asked illegal entrants either to be tested for or vaccinated against COVID-19. Yet all U.S. citizens in the military and employed by the federal government are threatened with dismissal if they fail to become vaccinated.

Such selective exemption of lawbreaking non-U.S. citizens, but not millions of U.S. citizens, seems in conflict with the equal protection clause of the 14th Amendment.

After entering the United States illegally, millions of immigrants are protected by some 550 “sanctuary city” jurisdictions. These revolutionary areas all brazenly nullify immigration law by refusing to allow federal immigration authorities to deport illegal immigrant lawbreakers.

At various times in our nation’s history – 1832, 1861-65, and 1961-63 – America was either racked by internal violence or fought a civil war over similar state nullification of federal laws.

In the last five years, we have indeed seen many internal threats to democracy.

Hillary Clinton hired a foreign national to concoct a dossier of dirt against her presidential opponent. She disguised her own role by projecting her efforts to use Russian sources onto Trump. She used her contacts in government and media to seed the dossier to create a national hysteria about “Russian collusion.” Clinton urged Biden not to accept the 2020 result if he lost, and herself claimed Trump was not a legitimately elected president.

The chairman of the Joint Chiefs of Staff has violated laws governing the chain of command. Some retired officers violated Article 88 of the Uniform Code of Military Justice by slandering their commander-in-chief. Others publicly were on record calling for the military to intervene to remove an elected president.

Some of the nation’s top officials in the FBI and intelligence committee have misled or lied under oath either to federal investigators or the U.S. Congress, again, mostly with impunity.

All these sustained revolutionary activities were justified as necessary to achieve the supposedly noble ends of removing Trump.

The result is Third World-like jurisprudence in America aimed at rewarding friends and punishing enemies, masked by service to social justice.

We are in a dangerous revolutionary cycle. But the threat is not so much from loud, buffoonish one-day rioters on January 6. Such clownish characters did not for 120 days loot, burn, attack courthouses and police precincts, cause over 30 deaths, injure 2,000 policemen, and destroy at least $2 billion in property – all under the banner of revolutionary justice.

Even more ominously, stone-cold sober elites are systematically waging an insidious revolution in the shadows that seeks to dismantle America’s institutions and the rule of law as we have known them.

Howie Carr: Lobbyists laughing all the way to the bank