Victor Davis Hanson: Ukraine with a whimper or a bang? 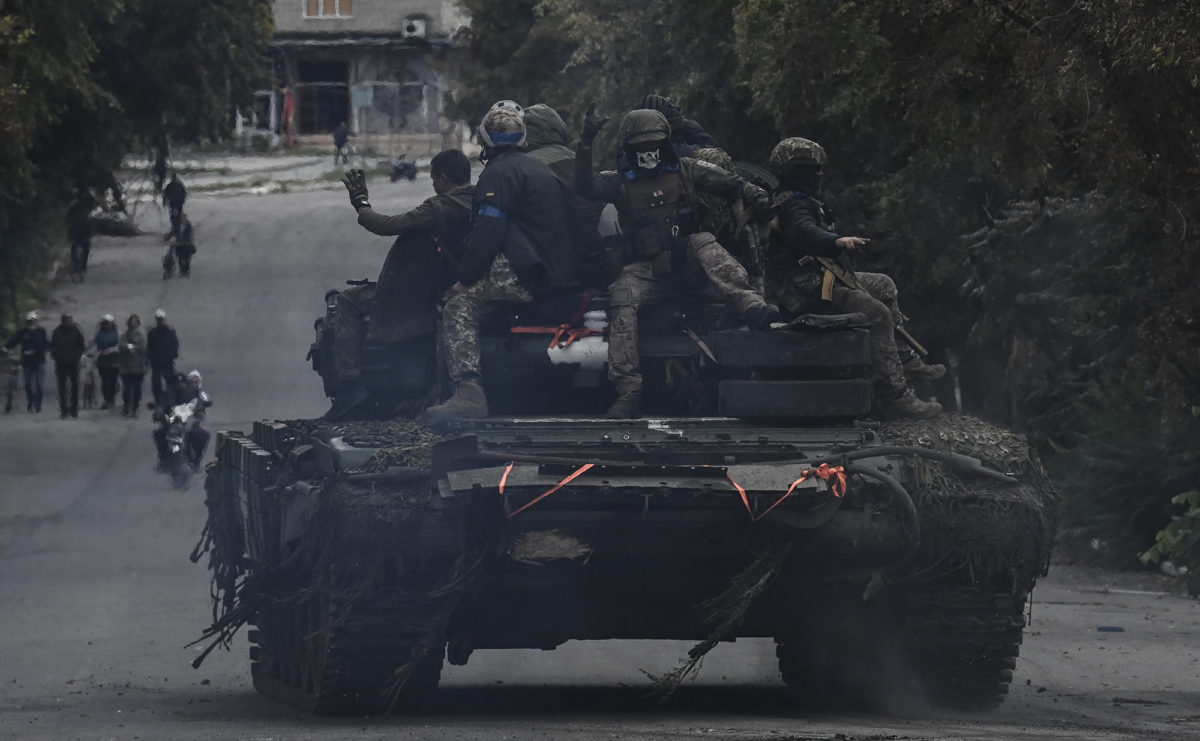 Russia started the war with Ukraine in late February with a shock-and-awe effort to grab Kyiv. It failed both to decapitate the government and absorb half the country in one fell swoop.

Soon the conflict descended into a war of attrition in Eastern Ukraine over the occupied majority Russian-speaking borderlands.

That deadlock was eventually going to be resolved by relative morale, manpower, and supply.

Would the high-tech weaponry and money of the United States and Europe allow heroic Ukrainian forces to be better equipped than a larger Russian force — drawing on an economy 10 times greater and a population nearly four times larger than Ukraine’s?

After the latest sudden Ukrainian territorial gains and embarrassing Russian retreats, we now know the answer.

Russia may be bigger and richer than Ukraine, but it is not up to the combined resources of the United States, along with the nations of NATO and the European Union.

Most are now in a de facto proxy war with an increasingly overwhelmed Russia. And so far, a circumspect China has not stepped in to try to remedy the Russian dilemma.

So, what will become the next, and most dangerous, stage III of the war?

A heady Ukraine believes it now has the wherewithal to clear out the entire occupied Donbass and turn southward to free Crimea. To complete that agenda of rolling back all Russian aggression since 2014, it may step up hitting strategic targets across the Russia border and on the Black Sea.

Again, what will a nuclear Russia — run by an ailing, desperate autocrat — do when a far smaller Ukraine finally and deservedly humiliates her before a global audience?

Will Putin cut off all European energy supplies to force a European end to supplying Ukraine?

Russia has all but done that. But so far Putin has gained little strategic advantage on the battlefield, despite current European fears of an impending bitter winter.

Will Putin go fully medieval on Ukraine, like the carnage in Chechnya when he leveled Grozny in 2000?

But a European Ukraine is vast compared to tiny Chechnya. And the Chechens even without allies still withstood a decade of savage Russian brutality.

So how will Putin survive his self-created disaster that may have cost him nearly 100,000 casualties, and now risks losing him all the territorial advances from 2014?

But that escalation might push an already restive Russian population into open and angry defiance.

Can he just admit defeat, slink back home, and stop the massive Russian hemorrhaging?

Yet can Putin take his chances that sacked generals, money-losing oligarchs, and the embarrassed Russian street will fear his bloodstained reach too much to neuter or remove him?

Will Putin instead keep declaring that Russia is not losing to Ukraine, but to the United States and NATO — even though the West is only doing to him what an opportunistic Russia once did to America in both its Vietnam and Afghanistan fiascos?

Putin would then keep portraying himself and Russia as the victim in this conflict. He would drone on that the United States, by supplying the Ukrainians weapons, is now the “aggressor” — as our new proxy keeps hitting more targets inside Mother Russia, sinks more ships of the Black fleet, and assassinates more Russian generals.

Putin’s only way to keep his cred, back up his dangerous brinkmanship, and retain power is apparently to play defender of Mother Russia and continue threatening the use of a tactical nuclear weapon — perhaps against the Ukrainian nuclear power complex or Kyiv itself.

That final gambit of an updated version of the Cuban missile crisis is something the American people need to stop simply discounting. Do our leaders know for certain that the man President Joe Biden once dubbed a “killer” is merely yesterday’s empty bluffer?

Of course, Putin deserves all he is suffering. And the Ukrainians warrant the world’s thanks in repelling a brutal aggressor.

But that moral and strategic victory is still a very different story from America sliding into a nuclear confrontation with a desperate autocrat. Do the American people support offering up their nuclear umbrella to a non-NATO, former Russian republic?

And not so long ago, the United States advantageously saw Russia as useful triangulation to the greater threat of Chinese aggression.

In sum, the problem that plagues these assumed, multifaceted Western agendas is that so far they in toto appear mutually exclusive.

Consequently, the question remains: How exactly does the United States all at once avoid the resumption of a Verdun-like, endless bloodbath on the Ukrainian-Russian border, reject any negotiated settlement until Ukraine unambiguously wins the war and expels every Russian from all its territory, prevent a wounded Putin from using a tactical nuclear weapon — and circumvent a head-to-head showdown with Russia and its 7,000 nukes?