Victor Davis Hanson: The news as we once knew it is dead 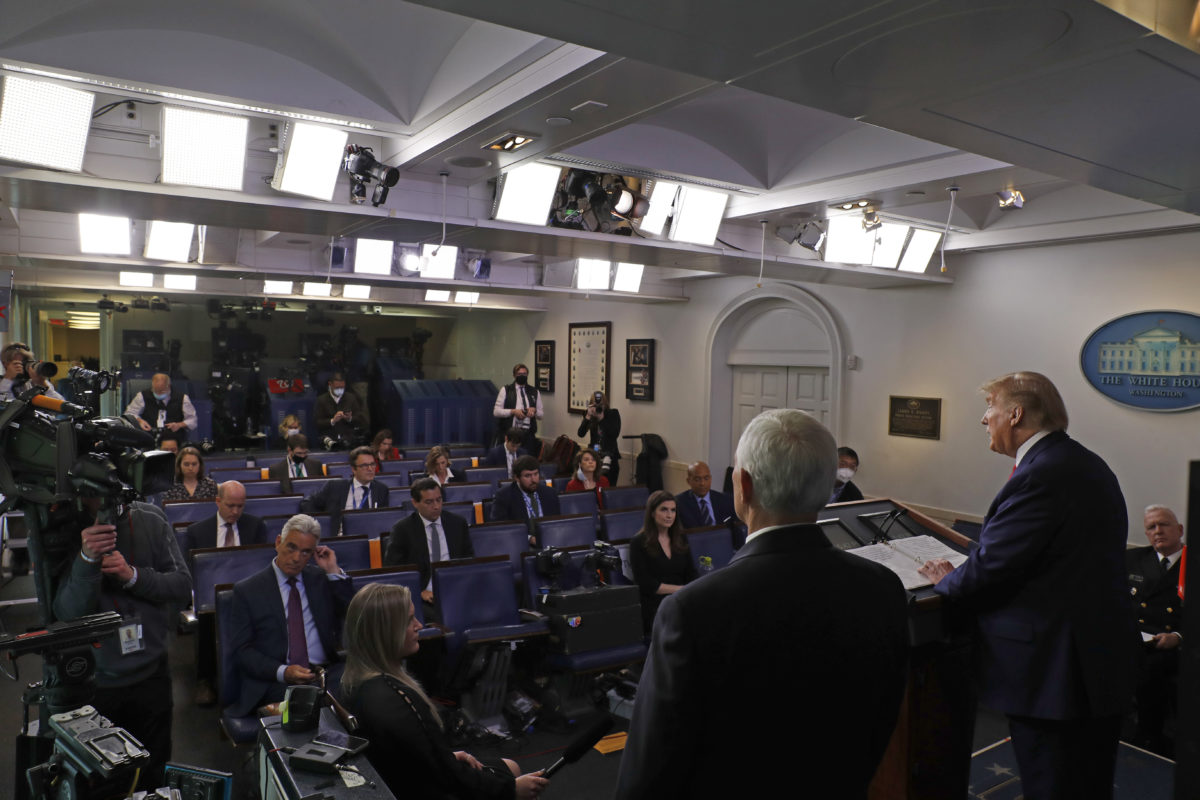 In 2017, the liberal Shorenstein Center on Media, Politics and Public Policy at Harvard University found that 93 percent of CNN’s coverage of the Trump administration was negative. The center found similarly negative Trump coverage at other major news outlets.

The election year 2020 has only accelerated that asymmetrical bias — to the point that major newspapers and network and cable news organizations are now fused with the Joe Biden campaign.

Sometimes stories are covered only in terms of political agendas. Take COVID-19.

The media assure us that the Trump administration’s handling of the pandemic has been a disaster. But their conclusions are not supported by any evidence.

In the United States, the coronavirus death rate per million people is similar to, or lower than, most major European countries except Germany

When the virus was at its worst, before the partisan campaign of this election year heated up, the governors in our four largest states had only compliments for the Trump administration.

Democrats Andrew Cuomo of New York and Gavin Newsom of California and Republicans Greg Abbott of Texas and Ron DeSantis of Florida effusively praised the administration’s cooperation with their own frontline efforts.

The most recent conclusions of impartial heads of federal agencies responsible for coordinating national and state policies are about the same.

Dr. Deborah Birx (adviser to both the Obama and Trump administrations on responses to infectious diseases), Dr. Anthony Fauci (director of the National Institute of Allergy and Infectious Diseases) and Dr. Scott Gottlieb (former head of the Food and Drug Administration) have not faulted the Trump administration’s overall COVID-19 response. They attribute any shortcomings to initial global ignorance about the origins and nature of the epidemic, incompetence at the World Health Organization, or the initial inability of bureaucracies to produce easily available and reliable test kits.

However, the real warping of the news is not just a matter of slanting coverage, but deliberately not covering the news at all.

In the last two weeks, Secretary of State Mike Pompeo has achieved the most stunning breakthroughs in Middle Eastern diplomacy in over half a century.

Countries once hostile to Israel, such as the United Arab Emirates and Bahrain, now formally recognize it. Other Arab nations may follow. Ancient existential enemies Kosovo and Serbia also agreed to normalize their relationship with Israel by signing economic agreements.

Yet none of these historic events have drawn much media attention. All of them would have been canonized were they achievements of the Obama administration.

In 2017, the media suggested that Trump’s plans to get out of the Iran nuclear deal and the Paris climate accord, to confront Chinese mercantilism, to forge new alliances between Israel and moderate Arab regimes, to isolate an ascendant Iran, to close the southern border to illegal immigration, to jawbone NATO alliance members into honoring their defense expenditure commitments, and to destroy ISIS and weaken Hezbollah were all impossible, counterproductive or sheer madness.

An embargoed and bankrupt Iran is teetering on the brink. Its international terrorist appendages, including Hezbollah, are broke.

China is increasingly being ostracized by much of the world.

The U.S. has cut its carbon emissions, often at a rate superior to those nations still adhering to the Paris climate accord targets.

Cross-border illegal immigration has been reduced, according to many metrics.

ISIS was bombed into near dissolution. Moderate regimes in the Middle East are ascendant; radical cliques like Hamas and al-Qaeda are not.

More NATO members are meeting their commitments. The alliance’s aggregate defense investments are way up.

Is any of that considered news? Not really.

Instead, every three or four days the public is fed a series of fantasy “bombshells” much like the daily hysterias of the Robert Mueller investigation into alleged collusion between the Trump team and Russia — a two-year, media-hyped dud.

In recent weeks the media warned us that Trump was dismantling the Post Office to disrupt mail-in balloting.

Trump, we are told, has decided never to concede his sure loss in November and might have to be forcibly removed, perhaps by the military.

We read that Trump defiled the memory of fallen American soldiers in cemeteries abroad. We are lectured that Trump supposedly never took COVID-19 seriously.

All of these stories were either demonstrably untrue, were supported only by anonymous sources, or were the sensationalism of authors hawking books.

Yet such concocted melodramas will continue each week up to Election Day, while fundamental geostrategic shifts abroad brought about by American diplomacy will by intent go unnoticed.

The news as we once understood it is dead.

It has been replaced by the un-news: a political narrative created by partisans who believe the noble ends of destroying Trump justify any biased means necessary — including destroying their own reputation and craft.

(Victor Davis Hanson is a classicist and historian at the Hoover Institution, Stanford University, and the author of “The Second World Wars: How the First Global Conflict Was Fought and Won,” from Basic Books. You can reach him by e-mailing author@victorhanson.com.)