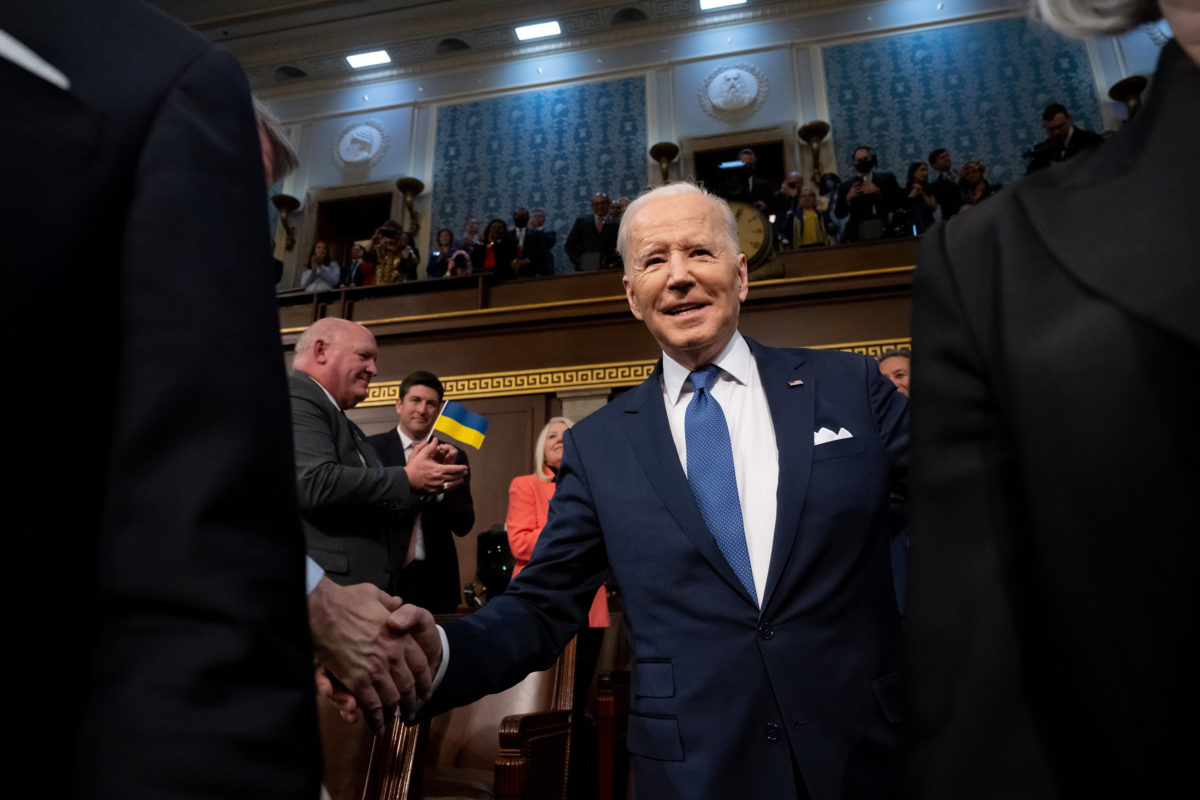 The Democrats will suffer historic losses in the November midterms.

This disaster for their party will come about not just because of the Afghanistan debacle, an appeased Russian President Vladimir Putin’s invasion of Ukraine, the destruction of the southern border, the supply chain mess, or their support for critical race theory demagoguery.

The culprit for the political wipeout will be out-of-control inflation – and for several reasons.

First, the Biden Administration is in such denial of inflation that it sounds to Americans simply callous and indifferent to the misery it has unleashed.

Biden officials have scoffed at price spikes as “transitory.” Or they have preposterously claimed spiraling costs are a concern only to the elite. They blame the Ukraine crisis. Or they fault the out-of-office bogeyman, former President Donald Trump.

The administration assures us that consumer prices are only rising at an annualized rate of 7.5% – as if the steepest increase in 40 years actually is not all that bad.

Yet the middle class knows that inflation is far worse when it comes to the stuff of life: buying a house, car, gas, meat, or lumber.

Second, inflation is an equal opportunity destroyer of dreams. It undermines rich and poor, Democrats and Republicans, conservatives and liberals. It unites all tribes, all ideologies, all politics against those who are perceived to have birthed the monstrous octopus that squeezes everything and everyone it touches.

The prospective Republican home buyer sees his hard-earned potential down payment eaten away each month. The Democratic carpenter feels his new higher wages buy even less.

Third, inflation is ubiquitous, inescapable, omnipotent – and humiliating. It destroys personal dignity. And its toxicity is insidious, sort of like seeping, odorless, colorless, but nevertheless lethal carbon monoxide.

Unlike now-unpopular critical race theory, it cannot be avoided for a day. You cannot tune it out like one does the mess in Afghanistan or the now nonexistent southern border. Inflation attacks everyone in 24/7, 360-degree fashion.

It belittles you at the gas station. It downsizes you at the food market. It humiliates you in the obscene real estate market. It makes you look stupid when you are paying for a new car. It ridicules you when you buy lumber. Suddenly you apologize that you really cannot afford your child’s braces.

Fourth, inflation undermines a civil and ordered society. It unleashes a selfish “every man for himself” mentality, the Hobbesian cruelty of a “war of all against all.”

Inflation is the economic and emotional equivalent of smash-and-grab or carjacking. It is a brazen robber in broad daylight that so infuriates Americans by its boldness. It convinces them their very civilization is dying.

One day a friendly, hard-to-find plumber announces that he will work for cash only to avoid taxes that all others must pay. You notice at your neighborhood Walgreens suddenly lots of once inexpensive stuff is now pricey – and locked up because of shoplifting fears.

In warranted paranoia, you begin to wonder if you are being price-hiked by the car salesman, the barber, or the mechanic, and conclude that in order to survive, you too should price-hike others.

The noble fool who won’t play the inflation roulette game is reduced to the clueless standing naif victim of musical chairs – with nowhere to sit once the music ceases.

Fifth, Americans know that our current inflation is self-induced, not a product of a war abroad, an earthquake, or the exhaustion of gas and oil deposits.

Biden ignored the natural inflationary buying spree of consumers who were released from being locked down for nearly two years unable to spend.

Instead, he encouraged gorging that huge demand by printing trillions of dollars of funny money for all sorts of new redistributionist entitlements, green projects, and pet congressional programs.

The Biden Administration eroded the work ethic. It kept labor non-participation rates high by subsidizing with federal checks those staying at home.

It nihilistically slashed gas and oil production by canceling federal leases, oilfields, and pipelines while pressuring banks not to lend for fracking.

In just a year, Biden reduced America from the greatest producer of gas and oil in the history of civilization to an energy panhandler begging the Saudis and Russians to pump more of the oil that America needs but will not tap for itself.

Americans know the inflation octopus was willfully birthed. They are confused only whether Team Biden unleashed it out of incompetence – or a neo-socialist idea of eroding the value of money for those who had it while gifting cash to those who didn’t.

In the end, it doesn’t matter whether Biden was deluded or diabolical. Come November, Americans will rightfully blame him for willfully damaging their lives.