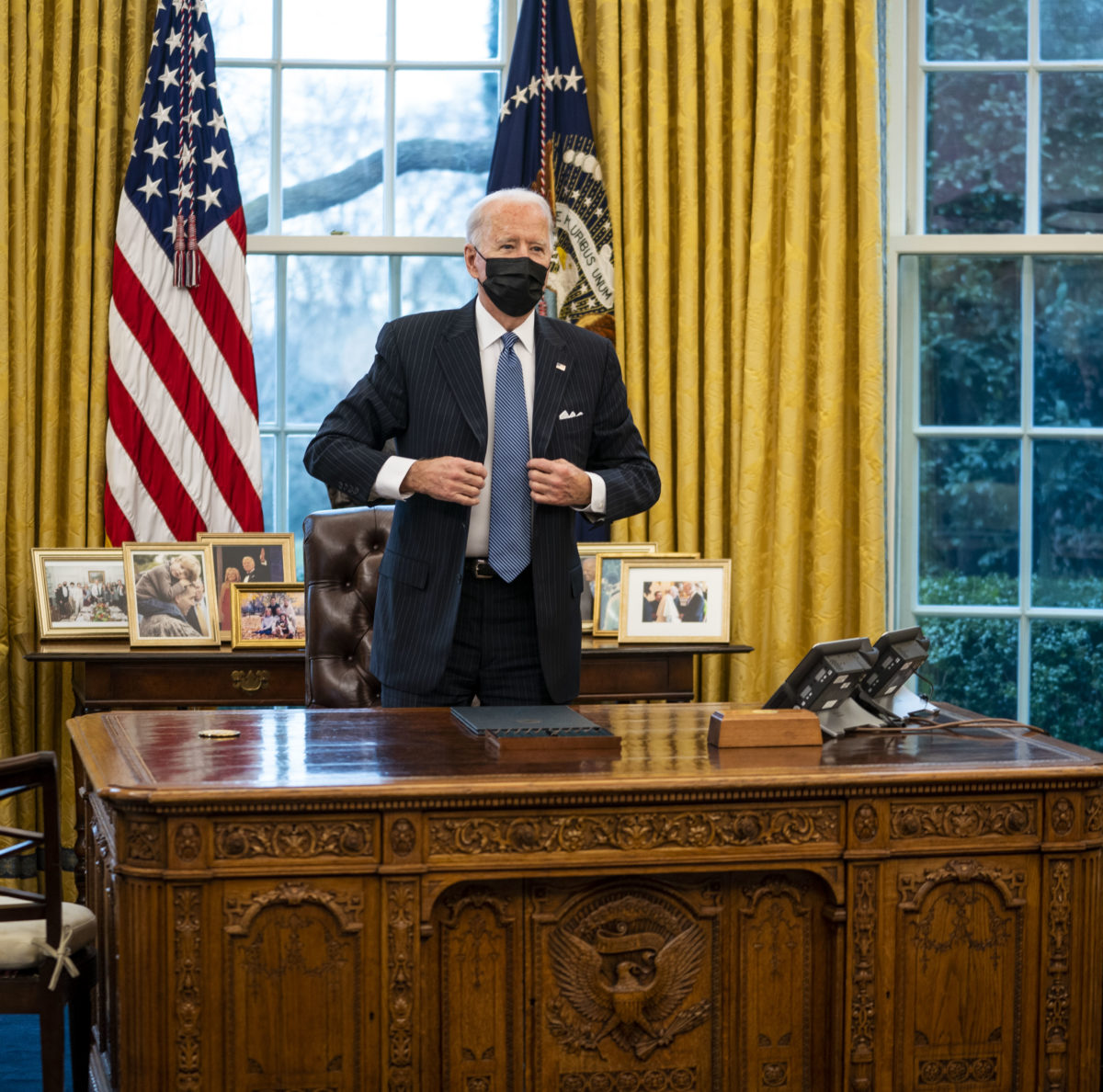 The new AT age — “After Trump” — began on either Election Day, Nov. 3, or on Inauguration Day, Jan. 20. But either way, reality as we had known it for four years has been abruptly reinvented.

Pfizer had hinted that a vaccine could be ready in late October. Then, mysteriously, it wasn’t. Then, stranger still, it appeared — a few days after Election Day.

Suddenly, after Joe Biden’s inauguration, Illinois, Michigan and other blue states eased some of their lockdown restrictions to get their economies back on track despite little change in COVID-19 rates.

During the Trump Age, the president was supposedly responsible for every death from COVID-19. Now, the media reports that career scientists and health administrators in the federal government, especially at the Centers for Disease Control and Prevention, were largely to blame for past slow testing, and were tardy and lax in apprising the nation of the infectious threat.

The Biden campaign’s widely reported promises of a new, superior COVID-19 plan turned out to be more of the same old, same old from the Trump Age.

Biden did mandate the wearing of masks on all federal property. But he then immediately undermined his own order during the first few hours on the job by going mask-less during a photo op at the Lincoln Memorial.

Stranger still, President Biden announced during his first few hours in office: “There’s nothing we can do to change the trajectory of the pandemic in the next several months.”

For the first time, we now learn that there is “nothing” Biden can do about COVID-19?

Despite millions of vaccine doses being produced when he entered office, Biden went on to warn that many more Americans will die in the next few months — more than 600,000 COVID-19 fatalities in total. The watchdog media just shrugged.

Coincidentally, after weeks of disastrous state incompetence in getting residents vaccinated, Amazon has told the new administration that it will lend its infrastructure and organization to speed up vaccinations. If Amazon could announce that in late January, why not weeks earlier?

Speaking of Amazon, it is opposing mail-in ballots for its own employees voting on whether to unionize a warehouse in Alabama. Amazon says it’s worried about fraud. Yet Amazon CEO Jeff Bezos also owns the Washington Post, which ridiculed those who were concerned about massive mail-in voting in the 2020 election.

Coincidently, with the inauguration of a new president, “nonpartisan” COVID-19 czar Anthony Fauci, director of the National Institute of Allergy and Infectious Diseases, now suddenly accuses his former boss, Donald Trump, of ignoring his wise counsel.

But for all of 2020, Fauci had been a master of the “noble lie” — the Platonic idea that government elites should deliberately misinform the supposedly less intelligent people for their own good.

Fauci gave conflicting assessments on mask-wearing, on the percentages needed to achieve herd immunity, and on the impossibility of the virus having originated in a Wuhan laboratory. He claimed that he offered false or unproven narratives to avoid panic, or to encourage Americans to follow his correct policies.

In the new age, expect the media and government to suddenly resent any mention of pushback against a sitting president. Questions about the Biden family’s past multimillion-dollar influence peddling overseas or Biden’s cognitive ability can no longer be asked.

If the Republicans win the House of Representatives in 2022 and follow the new Democratic model of impeaching a first-term president without a special counsel report, it will be called a national disgrace.

Even worse, we will be told, would be the reckless mention of the 25th Amendment. The very suggestion of removing an elected president due to supposed cognitive challenges will become abhorrent.

For that matter, so too would be the appointment of any special counsel. Why waste two years, $35 million and dozens of lawyers to harass a sitting president with unfounded charges of Ukrainian or Chinese “collusion”?

In our brave new world, we will hear no more retired military officers weighing in on the “fascism” of the commander in chief.

None will compare the recurring violence of antifa or Black Lives Matter to that of Islamic terrorists. None will compare Biden, who dismissed antifa as a mere “idea,” to Mussolini or the Nazis. Any retired officer who smears the president, we will be reminded, would violate the Uniform Code of Military Justice.

The media, Silicon Valley, Wall Street, Hollywood, top retired military brass, corporate America, universities and professional sports are all recalibrating the truth for our Year One.

In about a month, they will have it down. And soon, we won’t even be able to tell the old reality from the new.