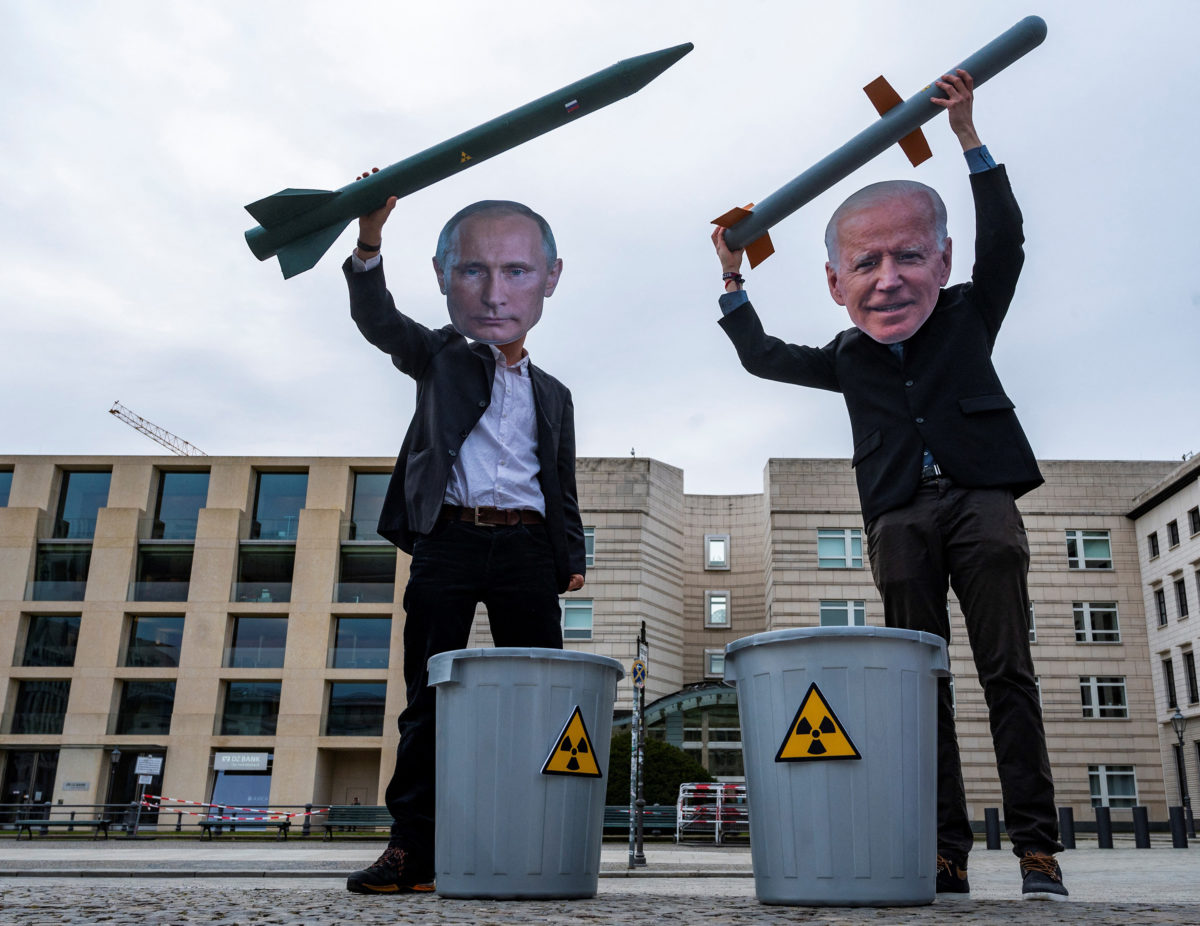 Americans, like the planet’s other 7.5 billion people, are not prone to talk or think much about nuclear weapons.

Of course, some of us are old enough to remember how “mutually assured destruction,” or MAD, was supposed to ensure the general peace.

Some recall the eerie Cold War-era nuclear bomb movies like “Dr. Strangelove” or “Fail Safe” or the more recent post-nuclear Armageddon films like “The Book of Eli.”

Millions have grown up referring to the scary “doomsday clock” of atomic scientists that usually ticks closer to a midnight nuclear holocaust in times of crisis.

So the planet is not naïve about the dangers of its 13,000 to 15,000 nuclear weapons. In 1961, the Soviet Union terrified the world when it exploded history’s greatest nuke – the 50-megaton “Tsar Bomba.”

The Cuban Missile Crisis a year later brought the United States and the Soviet Union closer to a nuclear exchange than at any time since.

In response, for a few months Hollywood and the media began talking about a “nuclear winter” to follow the supposedly reckless war talk of the American cowboy president. But what followed was a series of superpower missile negotiations that lowered the tensions of the waning Cold War.

During the breakup of the former Yugoslavia, Russian-backed Serbia was bombed by NATO air forces intent on stopping the slaughter of Kosovars. At one point in 1999, a senior British NATO commander Lt. General Michael Jackson refused an order from his superior U.S. counterpart General Wesley Clark to block Russian use of an airfield with the now famous rejoinder, “I’m not going to start Third World War for you.”

Every time a nondemocratic nation joins the nuclear club – Pakistan in the mid-1980s, North Korea in 2006 – the chances of a nuclear exchange supposedly increase.

But we forget that a number of powerful European and Asian states could easily go nuclear at any time within months. Instead, influential, wealthy nations like Australia, Germany, Japan, and South Korea rely on either NATO or the huge nuclear arsenal of the U.S. to deter their nuclear enemies. If that assurance is ever in doubt, then at any moment they may decide to go nuclear themselves.

Yet for the most part as long as the world’s three largest nuclear powers – the U.S., Russia, and China – do not square off in a war or are not sucked into a third-party conflict, the world assumes nukes are out of sight and out of mind.

Or so we thought until recently.

The current Ukraine war has restarted loose nuke talk. Once outmanned, outnumbered Ukraine unexpectedly repelled Russian invaders – thanks to massive shipments of sophisticated Western anti-tank and anti-aircraft arms – talk arose from Russia about the use of nuclear weapons.

Russian President Vladimir Putin has recently boasted of possibly using nukes against both Ukraine, and, more ominously, those NATO countries who aided Kyiv. In response, French President Emmanuel Macron reminded Russia that NATO itself has an ample nuclear deterrent.

In theory, should NATO and the U.S. supply Ukraine tanks, artillery, and planes, the fierce Ukrainians could push the entire Russian army entirely out of their country. But would a nuclear Putin allow that?

Over the last few weeks nuclear talk has arisen over a myriad of issues. If the war continues to go badly for Russia, at what point will a seemingly erratic Putin begin issuing nuclear redlines to Ukraine and its allies?

Would a crushing defeat push over the edge a nuclear trash-talking Putin – facing the possible end of his regime?

Ukraine nuke talk spins off into lots of other places. Nuclear North Korea is resuming its ballistic missile launches to intimidate non-nuclear South Korea and Japan. China is rapidly expanding its nuclear stockpiles and now talks openly of ending a free Taiwan, warning Taiwan’s friends and allies to keep out – or else.

Iran promises to become nuclear soon. Nuclear Russia has assumed the role of interlocutor of all discussions to restart a new nuclear “Iran deal.”

Russia controls Syrian airspace. In theory, Putin could stop nuclear Israel either from replying to terrorist attacks emanating from Syria, or from staging a preemptive attack on Iran’s nuclear bomb facilities.

Suddenly newspapers and blogs seemed fixated on hyping the relative stockpiles and megatonnage of various nuclear states, as if they were just GDP or energy output data.

The world has become nuclear obsessed. Is there a danger in daily normalizing the abnormal and casually thinking the unthinkable?