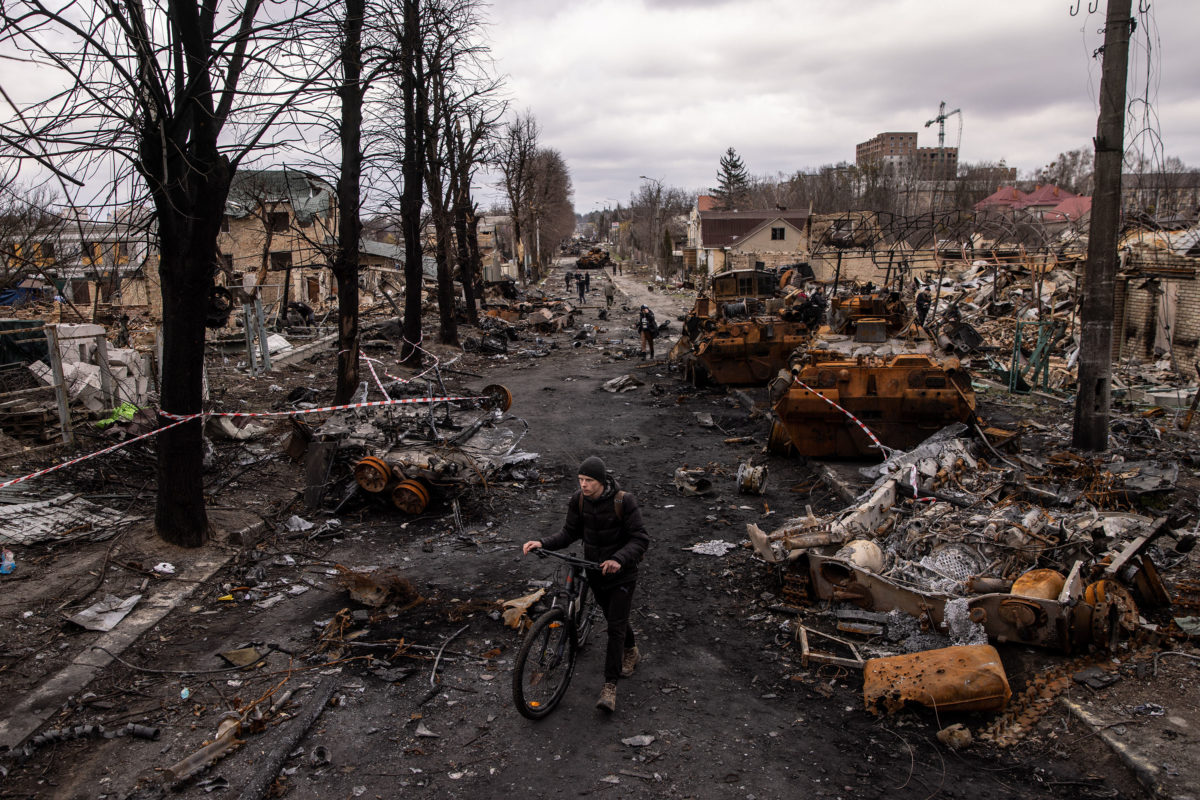 And how does Ukraine expel Russian troops from its borders when its Western allies must put particular restrictions on their life-giving military and financial aid?

The interests of Europe and the United States are not quite the same as those of a beleaguered Ukraine. NATO also wants Russian President Vladimir Putin humiliated, but only if the war can be confined within the borders of Ukraine.

The West seeks a resounding reaffirmation for the supposed “rules-based international order” that prevents aggressive invasions across national borders – but not at the price of a nuclear exchange.

So to accomplish those grand agendas, the West restricts some of its generous supplies to Ukraine. It sends plenty of lethal weapons – as long as some of them will not provoke a losing Russia into doing something stupid, like resorting to tactical nuclear weapons to save face.

There are other complications. Time is fickle. In theory, it should favor a resilient Ukraine.

The longer the war goes on, the more sanctions will hurt the Russian economy and insidiously undermine Russian public support for the war.

On the other hand, the longer the war continues, the greater the Russian losses, and the fewer acceptable off-ramps for Putin, all the more likely he will grow desperate and escalate to Götterdӓmmerung levels.

Admittedly, Putin is no longer fighting to win over Ukraine and force it back intact into the Russian federation. He is no longer wary of eradicating infrastructure that he once felt would once again become valuable Russian assets.

There is as yet still no deterrent force that can stop Putin’s bombs and missiles and disrupt his nihilist strategy. Again, Putin feels liberated by caring nothing about international opinion, and less than nothing about Western outrage over reported Russian war crimes.

He instead believes the stick, of an unpredictable Russia with 7,000 nuclear weapons, and its carrot, of becoming the world’s largest daily producer of oil, can cut a lot of lofty talk about humanity.

So the war has become more complex precisely because Putin failed in his initial shock-and-awe effort to decapitate the Ukrainian government, storm the cities, and install a puppet government.

Putin’s strategy is now paradoxically much simpler – and harder to stop. He will claim victory by institutionalizing Vichy-like Russian states in the Donbass region and Crimea.

In the meantime his air attacks will render Eastern Ukraine an inert wasteland that will require decades to rebuild.

Even after an armistice, Putin can periodically threaten to expand his devastation to Western Ukraine, should he feel Kyiv is once again growing too close to Europe.

So can Ukraine ever win?

Ukraine must stop the airborne wreckage by gaining air supremacy through the use of more sophisticated and larger anti-aircraft batteries and far more SAMs and Stinger smaller systems. Some NATO nations may have to send Ukraine their Soviet-era fighters to replace losses – with conditions that they stay inside Ukrainian air space.

Second, the supply war must no longer be defined as a larger Russian economy versus tiny Ukraine.

Instead, Putin is now warring against the supply chain of all of Europe and the United States – and all out of his reach. The Ukrainian war machine will only grow – if fueled by allies that combined account for 70 percent of the world’s GDP.

Putin cannot stop the influx of Western help unless he threatens to use nuclear weapons.

Ukraine may reach a tipping point soon if it can both stop Russian air attacks and expel Putin’s ground troops from its cities.

And it cannot join NATO to win the direct help of 30 other nations.

But what Ukraine can do is push Russian troops back to the border regions and let the Russian-speaking Ukrainian borderlands work out their own star-crossed relationships with a now blood-soaked and unreliable Putin.

It can inflict such death and destruction on the conventional Russian military that Putin will fear he will suffer even worse global humiliation that the United States faced after Afghanistan.

Ukraine can also seek an armistice along the Black Sea coast. It might agree to a plebiscite or some sort of demilitarized zone and small-scale population exchanges to ensure that Crimea does not become a permanent battleground.

All that is not outright victory, but it is something. And that something was not imaginable when Russia invaded in late February.