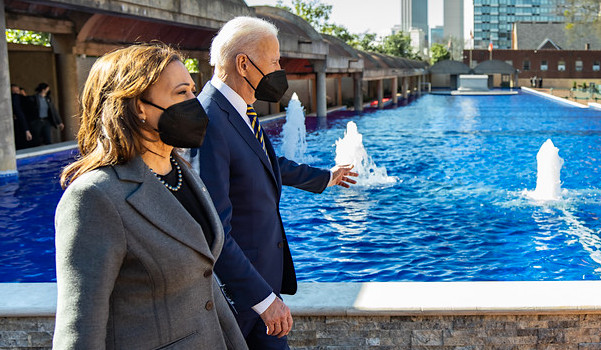 Inflation has been raging along at a painful 8.3% during August, the Biden administration recently pushed through spending of hundreds of billions of dollars more, leaving American taxpayers wondering if they’ll have the money to make it to the end of the year.

Now comes news that they’re on the hook for another $20 billion a year – all to take care of the illegal aliens Biden has released into the nation.

It is Fox News that noted the assessment that comes from the Federation for American Immigration Reform.

“The analysis is based on an estimated 1.3 million released into the U.S. by immigration officials, as well as approximately one million ‘gotaways’ – or illegal immigrants who have slipped past overwhelmed agents. FAIR calculates that each illegal immigrants costs $9,232 a year to support,” Fox reported.

While President Donald Trump had established a successful “Remain-in-Mexico” program that kept illegals south of the border while their demands for asylum were processed, and had been working on construction of a border wall to restrict illegal crossings, Joe Biden abandoned the entire effort when he took office.

The result, according to the report, is that since early 2021 there has been a “massive border crisis” and more than 1.7 million migrant encounters were reported in 2021.

Sources at the Department of Homeland Security told Fox News “that there have been more than 500,000 ‘gotaways’ into the U.S. this fiscal year until July, making at least 900,000 gotaways in FY 21 and 22,” the report said.

FAIR, where its agenda includes immigration reforms and stricter border controls, made the estimate of $20.4 billion and said there are other needs that could be met with that pile of dollars.

That would include “providing every homeless veteran in the U.S. $50K a year for the next 10 years,” it said. Or hiring 330,000 teachers, and giving every family earning less than $50K a year a $410 grocery voucher.

“Even in an age in which trillion dollar spending packages and are considered modest, the additional $20.4 billion the Biden Border Crisis has heaped onto the backs of American taxpayers is still staggering,” FAIR spokesman Dan Stein said in a statement. “$20.4 billion could address some very important needs of the American public, instead of covering the costs of the surge of illegal migration triggered by this administration’s policies.”

The Biden administration says, essentially, it has been working on making Central America, from which some of the illegal aliens come, an attractive and prosperous location so that residents would not feel a desire to travel to the U.S.

Kamala Harris, vice president, repeatedly has talked about address the “root causes” of the crisis Biden created when he took office.

In fact, she recently has been claiming that the border is “secure.”

IMPORTANT NOTE: How is it possible that the greatest and freest nation in world history has so rapidly come under the control of serially lying, deranged, power-mad sociopaths – leaders with nothing but contempt for America, for its history, its Constitution, its Judeo-Christian culture and its people? Orwell’s “1984” points directly to the answer: The elites are changing America’s language itself, so that people’s words – and therefore, their very thoughts – inevitably come under the control of the ruling class. It’s a way of bending reality in real time, so that what is illusion appears to be true, while what is real and true appears to be lies, misinformation, “hate speech,” “conspiracy theories” and “extremism.” This extraordinarily powerful but little-understood weapon of war employed 24/7 by the Marxist left is completely explained, exposed and exploded in the August issue of WND’s acclaimed monthly Whistleblower magazine, “NEWSPEAK 2022: How tyrants and lunatics are enslaving Americans by redefining everything.”