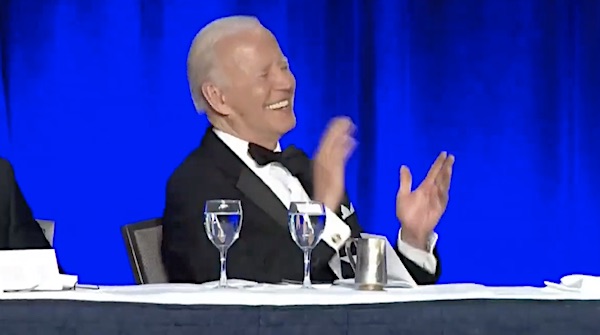 Inflation at more than 8% because of Joe Biden’s economic policies means Americans this year will pay hundreds, even thousands, of dollars more for food, heat and fuel than they paid last year – if they can find it.

Those gasoline prices have more than doubled since Biden took office, a surge that he’s tried to blame on the recent war in Ukraine which started long after those consumer costs exploded.

There are warnings of a coming food shortage where some products may not be available for any price.

And the unsettled stock market’s impact on retirees’ savings has been huge, forcing many to return to work.

So a new poll showing that more than 80% of Americans say the Biden economy is “poor or not so good” won’t be catching many people by surprise.

The New York Post reports the Wall Street Journal-NORC poll shows “many are concerned about their own finances amid soaring inflation rates, food and gas prices.”

Only 27% believed they have a good chance to improve their living standards, down 20 points from only a year ago.

Nearly half of the respondents said they don’t have a good chance of changing their standards of living for the better.

Meanwhile, the Post said, “President Biden said Friday that Americans are more ‘financially comfortable’ and carry less debt since he was sworn into office.” Biden is also on track to be on vacation more than any other recent president, often spending weekends at one of his multiple luxury homes.

NORC officials said the outlook on Biden’s economy is because of his inflation, which hit 8.3% in April, a 40-year high.

The poll itself warned that, “Americans are deeply pessimistic about the U.S. economy.”

It said Americans are “in a sour mood and registering some of the highest levels of economic dissatisfaction in years.”