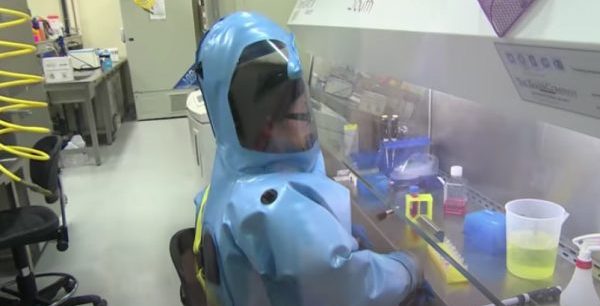 Researchers at the Wuhan Institute of Virology in China, long suspected of being the starting point for the COVID-9 pandemic that has killed millions worldwide, took ill and sought hospital care before the outbreak was revealed, a previously undisclosed U.S. intelligence report confirms.

The report was cited by a report in the Wall Street Journal, which explained the information could “add weight to growing calls for a fuller probe of whether the COVID-19 virus may have escaped from the laboratory.”

The Journal reported the intel document goes beyond a State Department fact sheet that was released by the Trump administration that confirmed researchers at the lab got sick in fall 2019 “with symptoms consistent with both COVID-19 and common seasonal illness.”

The report said the illnesses were reported by three researchers at the center that works with coronaviruses and other pathogens.

“Current and former officials familiar with the intelligence about the lab researchers expressed differing views about the strength of the supporting evidence for the assessment. One person said that it was provided by an international partner and was potentially significant but still in need of further investigation and additional corroboration,” the report said. “Another person described the intelligence as stronger. ‘The information that we had coming from the various sources was of exquisite quality. It was very precise. What it didn’t tell you was exactly why they got sick,’ he said, referring to the researchers.”

The Washington Examiner noted that the Trump administration earlier pointed to an accidental escape from the Wuhan lab as a highly plausible origin for the pandemic.

But U.S. officials in both the Trump and Joe Biden administrations have noted the Chinese government’s efforts to prevent a full and independent review of the origin.

An earlier “study” of the source done by the World Health Organization claimed a jump from animals to humans was most likely, but even Tedros Adhanom Ghebreyesus, the head of the WHO, said that review didn’t fully review the possibility of the virus coming from a lab leak.

The GOP members of the House Intelligence Committee issued a review that pointed directly at the Wuhan lab as the source.

Anthony Fauci, a Biden adviser, earlier “laughed off the possibility of a lab leak,” the report said, but recently “changed his tune” and suggested a natural emergence of the disease was doubtful.

Fauci’s recent comment on the topic included, “I think that we should continue to investigate what went on in China until we find out to the best of our ability exactly what happened.”

Further, it has published information on its “gain-of-function” work to “engineer” viruses.

“The fact sheet added the lab ‘has engaged in classified research, including laboratory animal experiments, on behalf of the Chinese military,’” the report said.