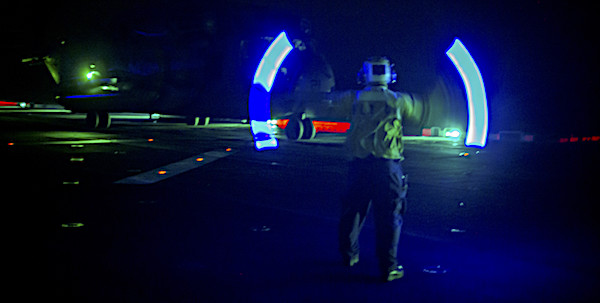 The world’s economic recovery from the damage inflicted by the COVID-19 virus that apparently got loose in China, possibly at a lab doing research on that virus, depends on American energy, according to a member of Congress.

But in a commentary published by Real Clear Energy, U.S. Rep. Carol Devine Miller, R-W.Va., said the problem is that President Biden’s “misguided policies” are handicapping that plan.

Miller, who represents West Virginia’s Third District and serves on the House Ways and Means Committee, said, “More than a year has passed since the global COVID-19 pandemic was declared. While America, and particularly my home state of West Virginia, has made unprecedented strides in its recovery, there is still much to be done to get the global economy back on track.”

She explained it is important that the fair and market-based U.S. energy trade policies help.

“We must significantly increase the exportation of America’s natural resources – coal, liquified natural gas (LNG), and oil – and at the same time, promote innovative energy technologies such as carbon capture, efficient coal burning, and advanced battery storage manufacturing,” she wrote.

“American energy, particularly oil and gas, is a cornerstone of our economy. It provides jobs and stability for millions of American families. Thanks to technological advancements in the energy industry, such as horizontal drilling, the United States is a net energy exporter – a milestone that has unlocked even more wealth and created jobs for millions of Americans, along with bolstering our national security.”

But Biden, in “killing the Keystone Pipeline and restricting oil and gas development on federal lands” is handicapping the nation.

“We must harness, not hinder, the full potential of our energy resources to provide the global economy a lifeline when it needs it most,” she wrote.

And she cited three says to make things go better.

“First, America has an infrastructure system in dire need of an overhaul. However, with the recent unveiling of President Biden’s partisan ‘infrastructure’ package, it’s unfortunate that we’ve missed the opportunity to provide one,” she said.

“Second, we must utilize American public-private partnerships to provide our government the freedom and flexibility needed to invest in innovative energy technologies like carbon capture, utilization and storage,” she said.

Further, she said it’s critical that America strengthen relationships with trading partners who need “secure, clean, and efficient energy supply chains, such as India, Vietnam, and even China.”

“We must also hold our competitors accountable, including ensuring that China complies with its Phase 1 energy purchase obligations,” she said. “By fostering and renewing America’s trade relationships through energy exports, we can reduce the influence of dictators and totalitarian regimes that prey on our allies, harm the environment, promote corruption, and create debt traps that exacerbate poverty in emerging economies.”

She added, “It’s imperative that we maintain and expand bold energy infrastructure initiatives in developing countries through key federal agencies such as Export-Import Bank of the United States (EXIM) and the U.S. International Development Finance Corporation (DFC). According to the American Exploration and Production Council, nearly a billion people worldwide lack access to electricity, which severely hampers overall quality of life, including access to critical healthcare and internet connectivity.”