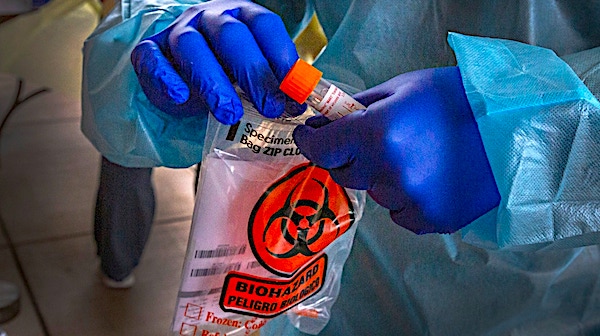 The South African scientist credited with discovering the milder omicron variant that is now dominant in Western nations says she was “pressured” by international agencies, politicians and scientists to declare the variant to be more dangerous that it actually is.

Dr. Angelique Coetzee told the Daily Telegraph of Australia that after publicizing her conclusion that omicron was presenting with mild symptoms for most patients compared to the previous delta strain, she became the target of “attacks.”

“Because of all of COVID’s mutations, all of these scientists and politicians who aren’t from South Africa were contacting me telling me I was wrong when I spoke out, that it was a serious disease … they were telling me I had no idea what I was talking about, they kept attacking me,” she told the paper.

Politicians and scientists in Europe, she said, told her, “Please don’t say it is a mild illness.”

But her initial assessment, including that it is more contagious, with cases rising and dropping sharply, has borne out in Europe, North America and around the world.

Coetzee said that she resolved to “stick to her guns.”

“I will not give in to pressure, and I am not easily intimidated,” she said.

The Daily Telegraph noted Coetzee is not the first scientist “to come under attack for attempting to put COVID in perspective.”

As WND reported, emails recently obtained through a Freedom of Information Act showed then-National Institutes of Health Director Francis Collins asked White House coronavirus adviser Dr. Anthony Fauci to carry out a “quick and devastating published takedown” of the Great Barrington Declaration. The project, by epidemiologists from Harvard, Stanford and Oxford described by Collins as “fringe,” urged public officials to focus on protecting the high-risk populations and avoiding universal lockdowns.