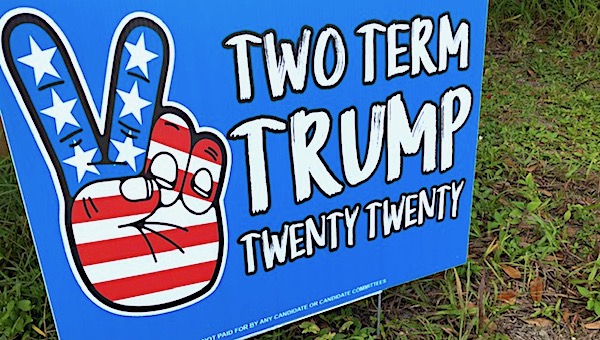 At a time when even suggesting the November 2020 presidential election was unfair or rigged will get journalists censored, “fact-checked” and condemned – and perhaps fired – WND’s popular Whistleblower magazine apparently didn’t get the memo.

“Over at Whistleblower magazine,” announced TV host Dr. Gina Loudon on her popular “Dr. Gina Prime Time” show on America’s Real Voice network, “they devoted the entire issue this month to election fraud. The front cover says, ‘YES, THE 2020 ELECTION WAS STOLEN.’ That is putting it in no uncertain terms!”

“David,” she said to her guest, Whistleblower Editor David Kupelian, “We’re not crazy! The election really was stolen. And that’s a big statement. We’ve heard it from some, but most people have been very, very reserved on this. If you say this, you’re branded crazy or a conspiracy theorist, David, though it’s looking more like those are compliments than insults these days.”

Asking Kupelian to highlight some of the many ways the 2020 election was rigged, Loudon first prompted Kupelian to explain how Google, with or without voter fraud, can and does swing American elections.

“For this issue of Whistleblower, Gina, we interviewed Robert Epstein, who’s the preeminent Google researcher,” said Kupelian. “He used to be editor-in-chief of Psychology Today, a very sharp guy – and by the way, a Democrat … so there’s no political motivation here. But he’s an honest man and he wants us to have free and fair elections.” Epstein, who has developed very sophisticated and accurate methodologies for measuring how Google sways public opinion and therefore elections, determined that Google, “because of its tainted search algorithm, swung at least 6 million voters to Joe Biden!” said Kupelian. 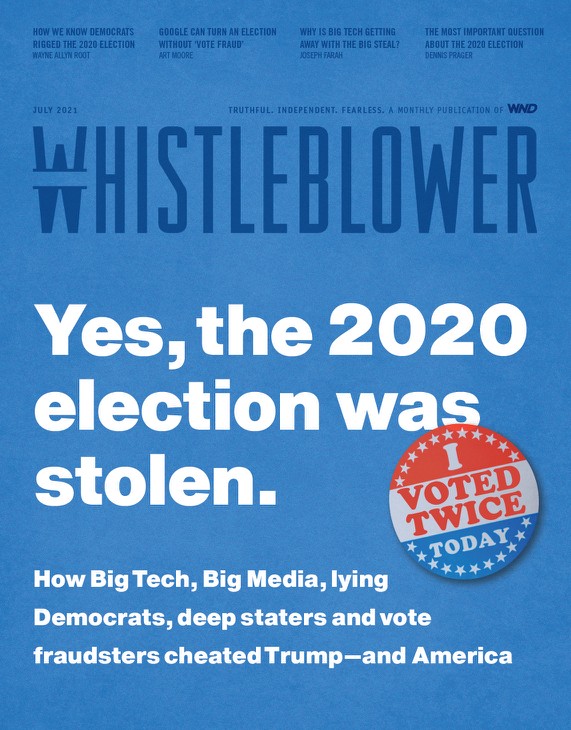 Citing another example from “YES, THE 2020 ELECTION WAS STOLEN,” Kupelian told how, after Twitter scandalously banned the New York Post’s devastating reporting on Hunter Biden’s laptop just weeks prior to the election, “the Media Research Center polled Biden voters.” It turns out, Kupelian revealed, that “36% had never even heard about the Hunter Biden laptop story in the New York Post, thanks to Twitter, and listen to this: 4.6% of Biden voters said that they would not have voted for Biden had they known what was in this story – the dirt, the total corruption not just of Hunter Biden, but of Joe Biden. So that right there would have been enough to have given Trump 289 electoral votes and he would have been elected to his second term.”

Added Kupelian, “We have a constellation of these sorts of things in this issue of Whistleblower, to show that it’s not just traditional voter fraud … dead people voting, people voting twice,” but similar examples that occurred throughout the Trump presidency, making the 2020 election a total farce.

Referencing the mountain of election “anomalies,” “irregularities” and outright illegalities already documented, as well as the hundreds of sworn affidavits attesting to election outrages and the forensic audits currently playing out in various states, Kupelian said Democrats set the stage for massive voter fraud not only by radically and unconstitutionally changing election rules under cover of COVID, but also by a years-long campaign to make election cheating appear to be not only morally permissible against Trump, but morally necessary. The method to this madness, said Kupelian, was the Democrats’ and establishment media’s continual comparison of Donald Trump with Adolf Hitler, from the time he announced his candidacy in June 2015 right up until election day 2020. It was, Kupelian alleges, all meant to encourage and justify lying, cheating and deception of every sort throughout Trump’s presidency – including election fraud.

“Back in 2016, Gina, I did an article on five different Washington Post writers who explicitly compared Donald Trump to Hitler in the run-up to the election. And you ask yourself, why would they do that? It’s because, if you and I, Gina, were alive in Hitler’s Germany, would we cheat on an election in order to save six million Jews, to slay this dragon and stop a terrible war? Of course we would’ve cheated on the election! This was the left’s subliminal but undeniable message to America: It’s not only that it’s OK to cheat – it’s immoral NOT to cheat, if you’re getting rid of Hitler, the worst person to ever live, which is what they were saying about Trump.”

Added Kupelian, who has been WND’s vice president and managing editor since 1999 and editor of Whistleblower the entire time, “I just want the gaslighting to stop. This was the most corrupt, dirty election, certainly in our lifetimes, and I believe anybody who reads this issue of Whistleblower – and I don’t care if they’re a Democrat or Republican – if they’re just decent, half-way fair-minded people, they will come away believing that this was a stinking, dirty election.”

Readers may watch the whole interview with Kupelian here – it starts at the 6:48 mark, immediately after Loudon’s interview with top investigative journalist John Solomon.

SPECIAL OFFER: For a limited time, subscribe to Whistleblower, renew or give a gift subscription and you’ll get $10 off the already discounted rate (pay only $39.95 instead of the usual $49.95), plus you’ll get three very special free gifts:

First, you’ll get a state-of-the-art digital version of one Whistleblower’s most popular and important issues ever – “ENDING THE PANDEMIC: How vaccine mania and lust for power led to the all-out suppression of proven safe-and-effective COVID treatments.”

Second, you’ll get the digital edition of “BIDEN’S WAR ON THE MILITARY: How America’s ‘woke’ rulers are subverting the world’s best and noblest fighting force.”

Finally, you’ll get the digital edition of “TRIBULATION AND REDEMPTION IN AMERICA: How today’s breathtakingly corrupt politics and culture invite personal and national recovery.”

Subscribe to Whistleblower today: It is one of the very best ways to help WND, which is under attack from all sides, and at the same time to get one of the most truthful, penetrating and helpful news resources available today. GET WHISTLEBLOWER NOW.