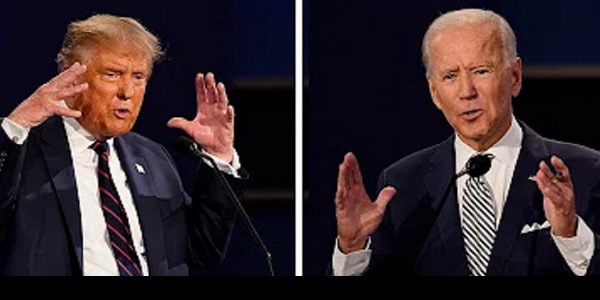 The Wisconsin review of the 2020 presidential race, the vote and the counting of those ballots, now includes subpoenas.

A report from Just the News on Friday said the House speaker there, Robin Vos, confirmed he has signed off on the first subpoenas in the state’s audit of the election results.

Vos explained, in the report, that they were being filed as part of a review being coordinated by former state Supreme Court Justice Michael Gableman.

“The former justice visited the site of the election audit in Arizona’s Maricopa County and has said he could issue subpoenas to election officials who don’t comply with information related to his review, according to The Hill newspaper,” the report explained.

Vos has said making certain the 2020 election was fair and legal is very important.

He said Gableman determined the subpoenas are needed to proceed. And Green Bay city clerk Celestine Jeffreys and Milwaukee Election Commission executive director Claire Woodall-Vogg each confirmed to The Hill they had received subpoenas signed by Vos.

The documents require not only an appearance but submission of documents.

Wisconsin was one of half a dozen swing states that narrowly went for Joe Biden in 2020. Losing a handful of votes in two or three of those states could have re-elected President Trump to his second term at that time.

One of the issues that could come up is the fact that some local and state elections officials across the nation simply ignored, or changed, state laws regarding voting to accommodate mail-in ballots in 2020.

The Constitution allows only state lawmakers to make those changes.

WND reported earlier that Gableman already has confirmed what could end up being a significant problem.

That is that there apparently is “some evidence” state officials did not follow established state law last November.

The election triggered significant concerns, and there now are multiple efforts to audit, or review, the election processes.

Further, that there was outside influence is evident through the fact that Mark Zuckerberg of Facebook megawealth turned over some $350 million to mostly leftist vote counters for them to run their counting operations in November.

The Washington Examiner reported Gableman is part of a team leading a GOP-backed investigation into the state’s election.

“Some evidence has been produced previously that shows some election officials acted unilaterally in deciding not to follow established state law,” Gableman said in a recent video. “We will request from those officials and others with potential knowledge of unlawful actions and will compel them if necessary to produce documents and testimony that will allow the public to gain a comprehensive understanding of how their elections were managed.”