Will Trump run again in 2024? If GOP reclaims Georgia, Arizona and Wisconsin, Trump would get 274 electoral votes. 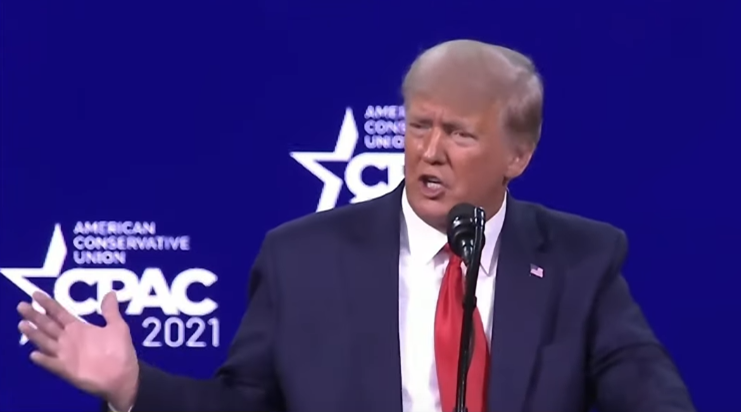 Joe Biden is the weakest first term Democratic president since Grover Cleveland’s first term in 1885. And if he looks vulnerable after the 2022 midterms, Trump may jump in the race.

That was former President Donald Trump at the Conservative Political Action Conference (CPAC) on Feb. 28, hinting at another potential run for President in 2024. If he pulled it off, Trump would be the first incumbent president to lose to then be reelected again since Grover Cleveland pulled it off in 1892.

Naturally, this has led to intense speculation in the Beltway and nationally about Trump potentially running again. So, will Trump run again?

Under normal circumstances, you might expect President Joe Biden to run again in 2024, but by then he will be 81 years old, and so it is uncertain if he will run again. But, maybe if Trump is running again, there is increased pressure for Biden to run again, too.

So, why might Trump be thinking of running again? Here’s a few factors to consider.

First and foremost, it is really difficult to defeat an incumbent president. Sitting presidents who have stood for re-election have won about 70 percent of the time, although until the 1800s, state legislatures generally chose electors.

So, given Biden’s strong chance of being reelected should he run again, that might field weaker Republican candidates seeking to oust him in 2024. Which, could create an opening for Trump.

Here’s another factor: Trump had big coattails in 2020. For what it’s worth, Trump got more votes at 74 million than any Republican candidate in history, losing by a scant 43,000 votes in Arizona, Georgia and Wisconsin (which if they had gone the other way would have resulted in a 269 to 269 tie), the House GOP picked up 13 seats in 2020, nearly taking it back, and with the Senate split even, Joe Biden is the weakest first term Democratic president since Grover Cleveland’s first term in 1885.

Looking forward, Republicans stand a strong chance of reclaiming the House and/or the Senate in 2022. Trump could play a big role here, too, by campaigning for Republican candidates.

The more Trump puts himself into that equation, say, if he campaigns a lot and his candidates win and Republicans reclaim majorities, could go a long way to shoring up his support within the party, which remains at a high level even now.

Finally, when you look at the same map in 2024, if the GOP were to flip Arizona, Georgia and Wisconsin back, taking all the same states otherwise, Trump or another Republican candidate would net 274 Electoral College votes instead of 269, assuming the Maine-Nebraska CD split again.

Don’t think Trump could pull it off? He could probably pack 43,000 voters into one of his signature Make America Great Again rallies.

Now, it could be that Trump really does not desire to run again at all. Maybe he’s had his fill and wants to enjoy his retirement from public life. Or, perhaps he simply hasn’t made up his mind yet.

Either way, it’s definitely a possibility that Republican strategists and prospective candidates have to factor in. The longer Trump keeps the issue ambiguous, the more he may be clearing the field for a potential rematch between himself and Biden in 2024.

And, Trump keeping the issue ambiguous — for now — could also serve an additional purpose because it makes it more likely Biden has to run again in 2024 at the age of 81 to oppose Trump. At that point, Biden may be reeling from the 2022 midterms if Republicans play their cards right to reclaim majorities. If Biden looks vulnerable, Trump just might run again. Stay tuned.

This post, Will Trump run again in 2024? If GOP reclaims Georgia, Arizona and Wisconsin, Trump would get 274 electoral votes., was originally published on The Daily Torch and is republished here with permission. Please support their efforts.