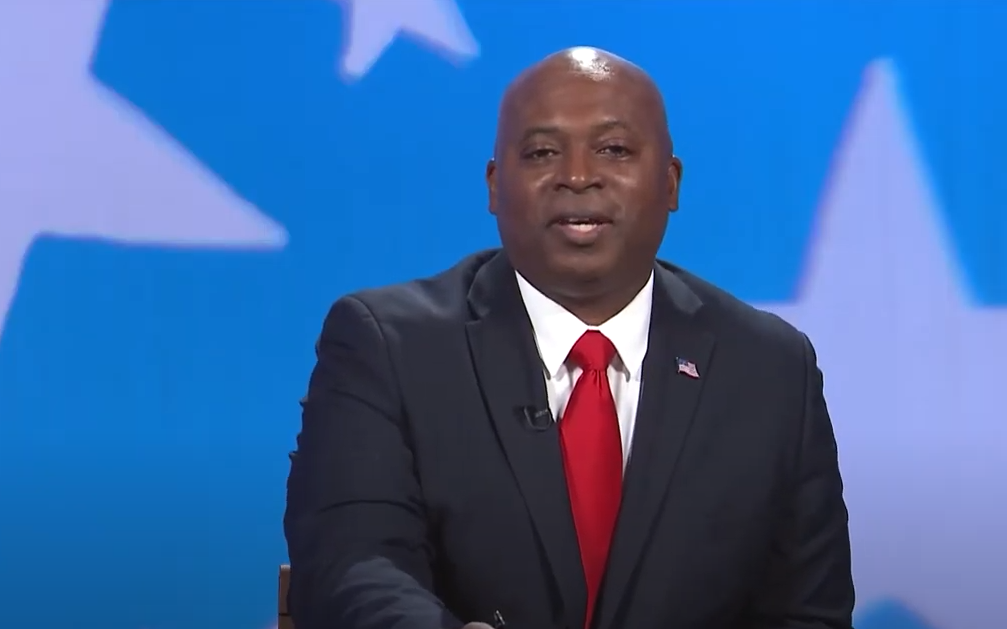 “The Great Exodus is happening right before our eyes and the Democrats don’t know what to do about it. They haven’t put together any type of policy structure that actually makes sense for the Black community.”

Democrats are bleeding support from two of their key voting blocs. The further left the party goes, the more Black and Hispanic voters flee the party. From California to Florida, those groups fled the Democrats in 2020. Increasingly, white liberals are more left-wing than Black and Hispanic constituencies.

A new study by Equis, a Democrat-affiliated consulting firm, is likely to fuel hand wringing among Democratic strategists who worried that Joe Biden had not done enough to court skeptical Latino voters. One of the surprises in the election is that President Donald Trump actually improved his standing with Black voters over four years ago.

According to AP VoteCast, Trump won 8 percent of the Black vote, about a 2 percentage-point gain on his 2016 numbers (using the 2016 Cooperative Congressional Election Study, or CCES, a national survey of more than 50,000 confirmed voters, as a point of comparison). Trump may have done even better than 2 percentage points. If you compare the CCES numbers to the results of 2020 exit polls by Edison Research, Trump actually improved by 4 percentage points.

Leon Benjamin is a Black-American pastor from Richmond, Virginia who heads Virginians for America First, a grassroots group fighting to restore a Republican majority in the House of Delegates. He grew up in a family of Democrats but said while serving in the Navy during the first Gulf War, he found God. It was then that he realized the Democrat party platform didn’t align with his values.

“And all of the sudden, God started to call me to activities supporting issues like marriage, pro-life,” Benjamin explained. “As a Christian, and later as a pastor, I thought, how can I preach this, and then vote, the opposite way?”

Benjamin said the Democrat Party has forsaken the Black community. “Democrat-run cities and states have the highest poverty rates for minorities and Black-Americans. They have the highest crime, highest rates of incarceration, and on and on.”

He is part of the growing movement some call the Black Exit or “Blexit,” but which as a paster he calls, the Great Exodus.

“The Great Exodus is happening right before our eyes and the Democrats don’t know what to do about it,” Benjamin added. “They haven’t put together any type of policy structure that actually makes sense for the Black community.”

In 2020, Benjamin ran as a Republican for Congress in Virginia’s Fourth Congressional District, and while he didn’t succeed in unseating the incumbent, Benjamin succeeded in drawing attention to the growing number of Black-Americans leaving the Democrat Party.

He said he believes there are many “closet conservatives” in the Black community. “They have conservative values, but they are so afraid because of the peer pressure in the community, and amongst their family and friends that they don’t want to tell people they are really leaning conservative.”

His new group, Virginians for America First, is not affiliated with former President Trump, but it does share the MAGA Trump values.

“The goal was not to form another party. The goal was to establish a network of coalition community activists who would come together and take back our state,” Benjamin said. His group is targeting 22 House seats in the Commonwealth of Virginia that he believes Republicans can retake.

“We’re working to set up grassroots community activists who will help and support the campaigns of the candidates,” he explained. He said they will knock on doors, drop off campaign literature, and “fight for election integrity going forward. So that what occurred in 2020 will never happen again.”

Benjamin said the group draws inspiration from our Founding Fathers, many of them Virginians. “They led the fight to create the Republic in 1776, and in 2021, Virginians will lead the fight to save it.”

For more information on Virginians for America First and volunteer to help, go to Virginiansforamericafirst.com.

This post, Why Black-Americans Increasingly Embrace the Conservative Movement, was originally published on The Daily Torch and is republished here with permission. Please support their efforts.