'We are [bleeping] abandoning American citizens': U.S. ripped for leaving own people in Afghanistan 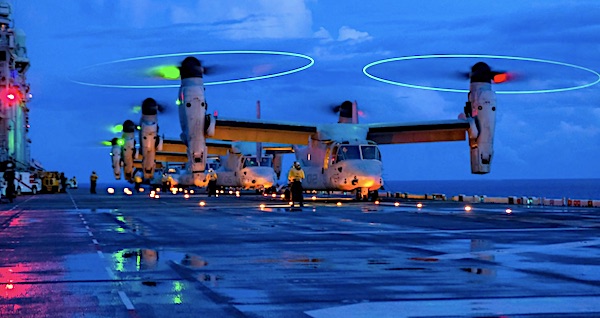 A former Special Forces soldier now a private citizen who worked with both private interests and the military to evacuate stranded Americans from Afghanistan has unleashed on American forces, directed by President Biden to leave Kabul, for abandoning American citizens.

“You guys left American citizens at the gate of the Kabul airport,” Michael Yon wrote to the military. “Three empty jets paid for by volunteers were waiting for them. You and I talked on the phone. I told you where they were. Gave you their passport images. And my email and phone number. And you left them behind.”

He said, “Great job saving yourselves. Probably get a lot of medals.”

His comments came during an interview on John Solomon Reports and were documented by Just the News.

He explained Americans had been pleading for help as military officials told them evacuations already were over.

“We had them out there waving their passport screaming, ‘I’m American,’” Yon explained. “People were turned away from the gate by our own Army.”

The evacuations were under way before that point because of Biden’s decision to have the U.S. military pull out of Afghanistan entirely, leaving the terrorist Taliban organization to take control.

Yon witnessed the scene, and after the Americans eventually scattered to try to find hiding places, wrote to the military.

Biden went on television on Tuesday to announce his Afghanistan strategy was a huge success, despite the facts he left American citizens behind to face the possibility of being used as hostages and further abandoned billions of dollars in military machinery to the Taliban.

Yon’s information also revealed that some members of the military also were upset with the results.

“We are f—— abandoning American citizens,” an Army colonel assigned to the 82nd Airborne Division warned in a text message that outlined how the Americans were refused permission to be evacuated.

Just the News reported Yon’s account of the catastrophe that developed was backed by three dozen text and email exchanges with frontline Army officials in Afghanistan.

It openly contradicts claims from Biden’s White House that no U.S. citizens would be left behind.

In fact, White House press secretary Jen Psaki complained just days earlier that it was “irresponsible” to say Americans were stranded in Afghanistan.

“They are not,” she claimed, “We are committed to bringing Americans who want to come home, home.” President Joe Biden earlier this month underscored that position, saying that the United States would evacuate every American who wanted to leave the country.

But when the evacuations were over, Pentagon spokesman John Kirby openly admitted Americans were left behind.

He said it now would involve “diplomatic” efforts to bring them home.

“It’s not completely unlike the way we do it elsewhere around the world,” Kirby said. “We have Americans that get stranded in countries all the time, and we do everything we can to try to facilitate safe passage.”

There also were concerns about Biden’s agenda among members of Congress.

“I’m not sure what planet President Biden and members of his administration are on, but here on planet Earth, his withdrawal from Afghanistan is an abysmal failure,” the senator told Just the News. “What we’ve been hearing from people working the evacuation is completely different from the administration’s rosy spin.”

Yon described how four Americans, a woman and three children, got past the Taliban to an airport gate.

Just the News reported, “Once at the gate, the family stood waving passports, screaming that they are Americans. But, Yon said, American forces would not come out to get them.”

Messages and phone calls followed, with the resulting message from an “Army colonel who had knowledge of the evacuation process,” who said, “Yes, we are f—— abandoning American citizens.”

One man, working on evacuations, said in the report he spoke to the American mother and sent photos of her family’s passports to those inside the airport.

“The Americans recognize it’s her and agree but I’ve been told General Milley won’t let them in,” the man said in a text.

“We get them to the gate, and the U.S. Army completely fails this saying, ‘Oh, we can’t do it, because the Department of the State tells us we can’t do it,’” Yon told Just the News.

Other Americans being stranded in Kabul were documented by Rep. Michael Waltz, R-Fla., who said on social media, “I have messages from Americans outside Kabul’s gates who are now stranded in Afghanistan. It’s reprehensible that Pres. Biden’s left behind Americans along with Afghans who fought alongside us, but has no problem leaving our Southern Border wide open to anyone who wants to come.”