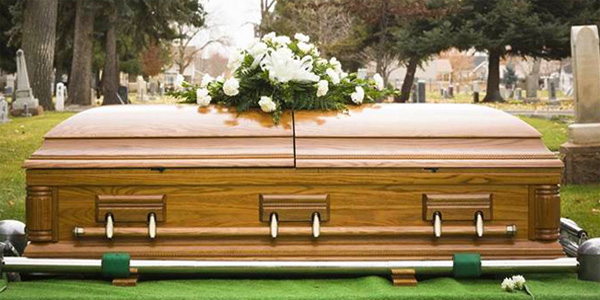 The signs that there’s something odd about the experimental COVID-19 vaccinations have been appearing all over lately.

For instance, government officials in England say for the first five months of 2022, the nation’s “fully vaccinated” population accounted for more than 90 percent of the deaths attributed to COVID-19.

Then there was an analysis from ABC News that showed that in America, federal data found a growing proportion of COVID-19 deaths were happening among the vaccinated.

Officials noted at that time Portugal, which last year “had virtually no one left to vaccinate,” was reporting one of the highest COVID-19 case rates in the world.

Then, of course, there was the fact that top U.S. officials fighting COVID, and promoting their vaccines, were getting the infection – repeatedly.

There even were specific warnings from experts, like Dr. Aseem Malhotra, a top London cardiologist who was one of the first to take the COVID-19 shots and promote it on British television, that “he has evidence tying the incidents around the world of ‘unexpected’ cardiac events in otherwise healthy people to the COVID-19 vaccines.”

He bluntly said, “It is my duty and responsibility as a consultant cardiologist and public health campaigner to urgently inform doctors, patients and members of the public that the COVID mRNA vaccine has likely played a significant role of being a primary cause in all unexpected cardiac arrests, heart attacks, strokes, cardiac arrhythmias and heart failure since 2021, until proven otherwise.”

Note his reference to “all unexpected cardiac arrests,” and “until proven otherwise.”

Now a documentary charging that there is more to the story is scheduled to be released via streaming on Nov. 21.

Columnist Stew Peters already was talking about it:

“Why do we never believe them? For centuries, the global elite have broadcast their intentions to depopulate the world – even to the point of carving them into stone. And yet…we never seem to believe them.”

He said new film is from his organization that also made “Watch the Water” and “These Little Ones” and presents “the truth about the greatest ongoing mass genocide in human history.”

Various medical experts appear on screen explaining how many people, including many who are younger, “Died Suddenly.”

They discuss the anomalous condition of the blood for many of the victims, with coroners denying they’d ever seen it before. Also, life insurance companies were reporting a surge in deaths among those who are only 18-49.

Recently, former White House coronavirus response coordinator Dr. Deborah Birx confessed in a Fox News interview she knew from the beginning that the experimental COVID-19 vaccines would not prevent infection. But she repeated the standard government line that the shots protect people from severe illness, hospitalization and death.

And a new study published in the New England Journal of Medicine found that two doses of the mRNA vaccines increased the risk of COVID-19 infection during the omicron wave.

Even as problems surged among the vaccinated, WND reported that Anthony Fauci, Joe Biden’s top COVID counselor, was telling Boston Public Radio, “Given the fact that immunity is waning, we’ve got to get people boosted.”

During the pandemic, government, medical community and social media influences all censored and suppressed details about existing treatments, such as ivermectin or hydroxychloroquine, which have been effective.

In fact, WND reported, “Top health officials around the world, including in the U.S., have acknowledged that the COVID-19 vaccines have not stopped infection or transmission amid the omicron wave – the premise for vaccine mandates – but have insisted the shots prevent hospitalization and death.”