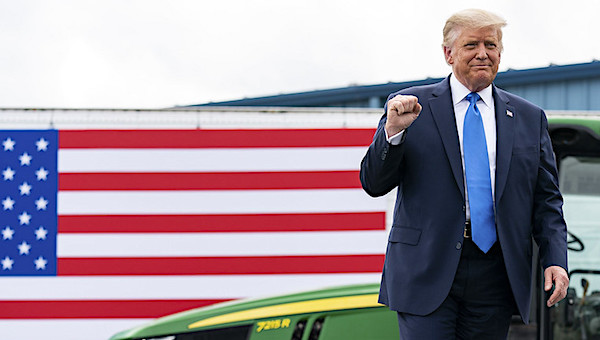 Famed Harvard Law School professor Alan Dershowitz was on President Trump’ defense team during the first impeachment trial one year ago. And while he’s not a member of the team this time, he’s offering a quick, two-minute argument he says should close the case.

“You don’t have to listen to me. Listen to James Madison, who’s the father of the Constitution,” Dershowitz said on “The Charlie Kirk Show” podcast.

“He said that impeachment is only for somebody who’s still sitting in office. He said it quite clearly in the Federalist Papers,” Dershowitz said of Madison. “There’s no way around that.”

The Harvard professor insisted the text of the Constitution is clear as well.

“It says impeachment is for purposes of removing a president. Once a president is removed you can also vote to disqualify him but disqualification doesn’t stand alone as a remedy,” he said.

“If it did, then the Congress would have a roving commission to go through the entire United States and decide who to impeach and who not to impeach, and who to prevent from running for office,” said Dershowitz.

“Say the Republicans come up with a young vibrant candidate to run against Biden four years from now. All the Democrats would have to do is impeach him, even though he’s never held office, and just disqualify him from running for office. Or find someone … who had a smaller officer earlier, and they can impeach him,” Dershowitz said.

Dershowitz said there are “so many things wrong with this impeachment.”

“No. 1 they have no jurisdiction. No.2 it’s a bill of attainder, No. 3 they’re impeaching him for constitutionally protected speech,” he said.

Dershowitz said the impeachment itself “is doing a tremendous amount of damage to our Constitution.”

He earned a law degree from Yale in 1962 and clerked for several prominent judges, including Supreme Court Justice Arthur Goldberg, before moving to Harvard. He’s worked on many high profile First Amendment cases, including those involving the Swedish film “I Am Curious (Yellow)” and “Deep Throat” actor Harry Reems.