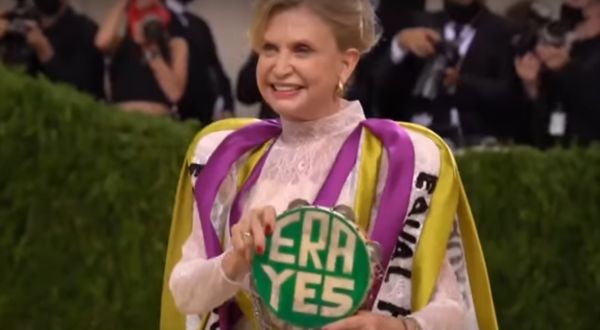 The state of Virginia, which had sought in court to resurrect the corpse of the Equal Rights Amendment, admits the plan that expired in 1979 now is dead.

The state has sued, in Commonwealth of Virginia v. Ferriero, demanding that the zombie ERA actually be revived and installed in the Constitution.

“The Equal Rights Amendment has been legally dead for decades because its proponents failed to secure the required support from the states to amend the Constitution,” explained Kristen Waggoner, counsel for the Alliance Defending Freedom.

“Virginia made the right decision to withdraw from this unsuccessful lawsuit that disrespects our nation’s constitutional amendment process and threatens women’s rights and opportunities. Even former Supreme Court Justice Ruth Bader Ginsburg acknowledged that the push to sneak the ERA into the Constitution comes ‘long after the deadline passed.’ Virginia’s appropriate withdrawal from this litigation—which never should have been undertaken—respects the American people and the integrity of the Constitution.”

The organization had filed a friend-of-the-court brief in the case back in 2020, urging the federal court to affirm the ERA ratification deadline was long since past.

The ADF also charged that the amendment was unneeded, “as the Constitution already grants the same rights to women as it grants to men.”

What it could do is injure women, ADF reported.

It could do that by “leaving the term ‘sex’ open for misinterpretation so that men who identify as women could compete on women’s sports teams, and males could enter shelters designed to protect women who have suffered abuse, rape, and trafficking. Additionally, by leaving ‘sex’ open for misinterpretation, the ERA invites courts to strike down many commonsense laws that benefit women including special accommodations for pregnant women in the workforce and military; government programs such as Women, Infants, and Children; and criminal protections via the Violence Against Women Act.”

WND had reported only weeks earlier when backers of the ERA began holding press events promoting the failed plan.

In fact, the U.S. Department of Justice Office of Legal Counsel has found, “Congress has constitutional authority to impose a deadline for ratifying a proposed constitutional amendment. It exercised this authority when proposing the Equal Rights Amendment and, because three-fourths of the state legislatures did not ratify before the deadline that Congress imposed, the Equal Rights Amendment has failed of adoption and is no longer pending before the states.”

The fight was revived because Democratic lawmakers in Virginia, back in 2020, voted to ratify the proposal – and they made the claim they were now the 38th state to adopt the idea and it now is part of the U.S. Constitution.

Just weeks ago, the ERA Coalition, NOW and others gain demanded “that the president, the attorney general and the archivist of the U.S. … take actions to assert that the ERA is now part of the Constitution.”

Douglas Johnson, director of the National Right to Life ERA Project, is a subject matter expert on the Equal Rights Amendment, an issue on which he has worked directly, and written, for 40 years.

“ERA backers have mounted an assault on the integrity of the constitutional amendment process itself, but they are unlikely to succeed,” he explained. “In 40 years, not a single federal judge has accepted a single element of the legal claims made by ERA-revival litigants, while 26 federal judges have rebuffed them. In 2021, federal district Judge Rudolph Contreras, appointed by President Obama, ruled that the ERA ratification deadline was valid and that it would have been ‘absurd’ for the archivist of the U.S. to ignore the fact that the ERA expired decades before actions by the Nevada, Illinois, and Virginia legislatures.”

The idea of such an amendment first arose in 1923, but it never got any significant support until the 1970s. At that time the amendment was proposed, and states were told to vote, before a deadline expired.

Approval by 38 states was required, but only 35 voted to adopt. Then the deadline set by Congress passed. And decades later, two more states adopted it, and finally Virginia.

But during the same time ratification votes by Nebraska, Tennessee, Idaho, Kentucky and South Dakota were rescinded, taking the number of state approvals far below what is required.

In recent years, three states, Louisiana, Alabama and South Dakota, even have filed lawsuits to keep the ERA corpse in its grave.

Democrats in Congress recently voted to “cancel” the deadline that was set back then, but GOP members pointed out that Congress doesn’t have the ability to go back in time and change what happened then.

The key to the fight is over abortion rights, as the ERA is perceived to call for forcing Americans to pay for abortions with tax dollars – and to strike down every single state protection for mothers and their unborn – such as parental notifications and bans on gender-based abortions.