Verdict in for lawmaker accused of crime for sharing Bible verse 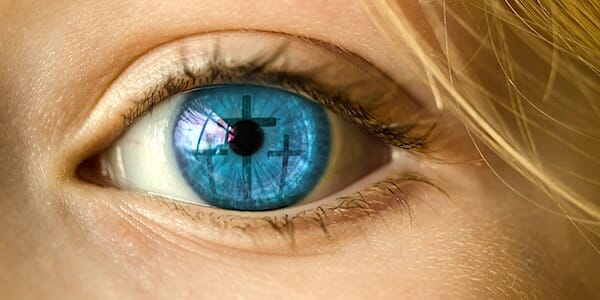 A court has affirmed free-speech rights for Christians, dismissing a case against a member of Finland’s parliament and a local bishop in which prosecutors claimed expressing basic Christian beliefs was “hate.”

Parliamentarian Paivi Maria Räsänen, as well as Bishop Juhana Pohjola, were on trial for that alleged “offense.”

Government officials had leveled the extremist complaint that it is “hate” to follow the Bible’s teachings on marriage and sexuality.

But now the ADF International has announced the court “upheld the right to free speech by dismissing all charges” against the two.

“In a unanimous ruling, the Helsinki District Court concluded that ‘it is not for the district court to interpret biblical concepts,’” the international organization reported.

Räsänen, a former Minister of the Interior, was accused of “hate speech” for sharing a Bible verse and her Christian values on marriage and sexual ethics in a social-media statement in 2019, a radio interview that year, and in a 2004 pamphlet.

Pohjola was accused of using that pamphlet for his congregation more than 17 years ago.

ADF International explained, “Their case has garnered global media attention this year, as human rights experts voiced concern over the threat this case posed to free speech in Finland.”

“I am so grateful the court recognized the threat to free speech and ruled in our favor. I feel a weight has been lifted off my shoulders after being acquitted. Although I am grateful for having had this chance to stand up for freedom of speech, I hope that this ruling will help prevent others from having to go through the same ordeal,” Räsänen said in a statement released by ADF International.

The organization explained, “The high-profile trial received significant attention, particularly after the prosecution attacked core Christian teachings and cross-examined the bishop and Räsänen on their theology in court. The prosecutor began the first day of the trial by arguing that the case was not about beliefs or the Bible. She then proceeded to quote Old Testament Bible verses and criticize the phrase ‘love the sinner, hate the sin.’ In their closing statement, the prosecution alleged that the use of the word ‘sin’ can be ‘harmful’ and called for heavy fines in the event of a guilty verdict.”

ADF International supported the legal defense, which argued on behalf of free speech.

“We welcome the Helsinki District Court’s ruling. This is an important decision, which upholds the fundamental right to freedom of speech in Finland. In a free society, everyone should be allowed to share their beliefs without fear of censorship. This is the foundation of every free and democratic society. Criminalizing speech through so-called ‘hate-speech’ laws shuts down important public debates and poses a grave threat to our democracies,” said Paul Coleman, executive director of ADF International.

Also supporting Räsänen were members of the International Lutheran Council. the European Evangelical Alliance, Catholic and Pentecostal churches in Lithuania, representatives of the Evangelical, Catholic, Baptist, Pentecostal, Reformed and Unitarian churches in Romania, as well as the Evangelical Church of Macedonia, Christian NGOs in Latvia, and other individuals.

Police started “investigating” Räsänen in 2019 after she addressed the leadership of her church, the Finnish Lutheran church, on social media, questioning its sponsoring of an LGBT “Pride” event.

WND reported just last month when the Family Research Council, based in America, had its special adviser for Religious Freedom, Pastor Andrew Brunson, deliver to Räsänen a total of 14,341 prayer pledges.

They were promises from individuals across the nation to continue praying for her as she is “being persecuted and attacked for sharing the truth of Scripture regarding God’s design for marriage and sexuality.”

The FRC said Brunson, who himself was wrongly imprisoned for being Christian in a Turkish prison for two years, was dispatched to Finland to meet with Räsänen.

Brunson said, “I so admire Paivi Rasanen’s courage and faith. There is a way to escape the pressure–she could compromise, apologize for her beliefs. But she is standing firm. I think that many in the West are going to face similar choices as the culture becomes increasingly hostile to faithful followers of Jesus. Paivi is giving a powerful example of uncompromising allegiance to God’s Word for us to follow. I honor her for this.”

A column at the Federalist said the case is huge.

“While intended to suppress Christianity and criminalize the Bible, with ramifications for the entire West, the prosecution has also created opportunities to proclaim Christian theology all over the world, Räsänen told the Federalist in an exclusive interview last week,” the report said.

She told the publication, “I was happy to have the possibility to also tell the gospel—the solution to the problem of sin—in front of the court and in front of the media.”

U.S. Rep. Chip Roy, R-Texas, told the Federalist, “Over the past three years, M.P. Räsänen and Bishop Pohjola have handled their persecution with bravery, grace, and mercy. All Christians ought to stand together in defense of biblical truth and against the attacks of this fallen world, because if the leftists succeed at this in Finland, it won’t be long until they try it elsewhere — including here.”