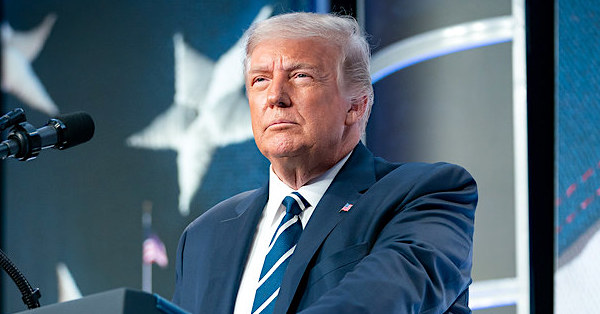 One of the big headlines over the next week will be the Democrats’ Senate impeachment trial of President Trump. House Speaker Nancy Pelosi, charging he incited a riot at the Capitol last month, allowed no witnesses and no evidence before voting to impeach. Many constitutional scholars argue the trial is invalid because the punishment for conviction is removal from office and Trump already is gone.

But a trial is more than the University of Colorado gave visiting professor John Eastman when it canceled its contract with him after he spoke at the Jan. 6 rally at the Capitol in support of Trump’s contesting of the 2020 election.

The Foundation for Individual Rights in Education, condemning the “nakedly retaliatory” punishment for protected speech, has come to his defense in a letter to university officials.

“The First Amendment will not protect the participants in the events of January 6 from a wide range of consequences, whether political, social, or economic. In many cases, it will not shield them from criminal charges. [Professor John] Eastman’s remarks and views, however, do not cross the threshold into unprotected speech, and are protected by the First Amendment,” FIRE wrote.

“A public university abandoning its binding legal and moral commitment to the fundamental right of freedom of expression will only accelerate a loss of confidence in our system of government – the very threat the university purports to oppose,” the letter said.

“We call on the university to rescind the sanctions imposed on Eastman, reassure its faculty that they will not be subject to retaliatory actions for engaging in unpopular speech, and reaffirm its commitment to the First Amendment.”

FIRE argued in a statement that “the First Amendment is clear: A public university cannot cancel a professor’s courses, withdraw his role in organizing campus discussions, and preemptively decline to renew his contract because of public anger over his extramural political expression.”

“But that’s exactly what the University of Colorado Boulder did to visiting professor John Eastman after he gave a three-minute speech at then-President Donald Trump’s Jan. 6 rally in Washington, D.C., well before the political violence that followed.”

Eastman is a visiting scholar in conservative thought and policy at the Boulder campus.

Daniel Jacobson of the Benson Center at CU informed Eastman his classes were canceled, his responsibilities rescinded and his contract would not be renewed.

“He was forbidden to engage in outreach on behalf of the Benson Center or use campus resources for those purposes, lest he be charged with ‘insubordination,’” the letter noted.

“The university’s rationales for punishing professor Eastman are fundamentally at odds with the basic principles of free expression,” said FIRE’s Adam Steinbaugh in FIRE’s letter to CU. “If donor interests, public anger, reputation, or administrators’ ire are sufficient to grant the institution the authority to punish members of its faculty, then only speech popular with donors, the public, and administrators is protected. This inverts the purpose of the First Amendment.”

CU also claimed Eastman’s classes didn’t attract the required 15 students, but “FIRE has not been able to locate a policy to that effect and the university’s course registration database reveals dozens of courses in which there are currently fewer than 15 students enrolled.”

At the rally, Eastman called for Vice President Mike Pence to let state legislatures get “to the bottom” of allegations of election fraud, but he “did not utter any words calling for violence,” the letter explains to school officials.

Eastman pointed out: “We no longer live in a self-governing Republic if we can’t get the answer to this question. This is bigger than President Trump. It is the very essence of our republican form of government and it has to be done.

“State election officials [who] ignored or violated a state law in order to put Vice President Biden over the finish line,” he said. “We know there was fraud … that occurred. We know that dead people voted.”

He also noted that in several swing states, during the vote counting the number of ballots left to be counted “started moving up.”

“That means they were unloading the ballots from that secret folder, matching ’em – matching ’em to the unvoted voter, and voila! We have enough votes to barely get over the finish line,” he said.

Eastman was a dean and tenured law professor at Chapman University until his recent retirement.