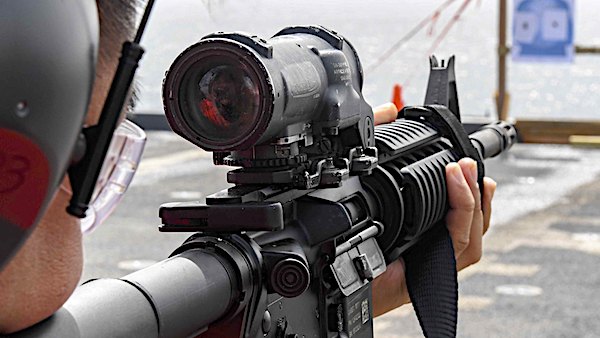 An American soldier, in uniform, is on video threatening the lives of Americans if they don’t obey her. Under certain circumstances.

The threat comes from Army Sgt. Cindy Bronson, who reportedly was responding to comments about martial law.

That scenario periodically is raised by “woke” leftists who are intent on having the entire nation follow their personal agenda.

At PJMedia was the comment that, “Woke Army Sergeant Cindy Bronson has a message for her fellow Americans in case martial law is declared.”

That would be, “Understand that if active duty military actually get deployed within the United States, that weapon is not just going to be pointed at other people, other countries, it’s pointed at you!”

She continued, “If you do not get in your house when I tell you to, you become the enemy. Martial law. You know, when your rights get curtailed?”

PJMedia noted that she was responding to “someone else’s asinine demand for a military coup against Presidentish Joe Biden.”

But, the report said, “When an active-duty Army sergeant appears in uniform to remind civilians that might makes right, it’s understandable that we civilians might get a little jumpy about it.”

Woke soldier says she’ll shoot Americans who disobey her if martial law is declared. She must not realize how many of us veterans have the same training and won’t be on her side pic.twitter.com/iAhCEPrRKv

Ok here’s the original video with both parties involved. They’re both wrong in this situation https://t.co/a0FHbKkQZu