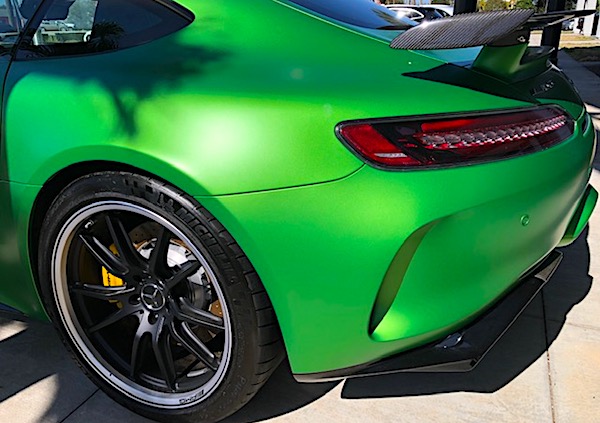 Putting a chalk mark on a car’s tire – to keep track of how long they’ve been parked – is decidedly low-tech.

It’s also, according to a second appeals court ruling on the same fight, unconstitutional.

The issue was addressed by a panel from the 6th U.S. Circuit Court of Appeals, which said the practice doesn’t pass muster.

“We see no special need here … And common-sense commands this conclusion; for nearly as long as automobiles have parked along city streets, municipalities have found ways to enforce parking regulations without implicating the Fourth Amendment,” the ruling said.

A report from Courthouse News explained a woman had challenged the practice in Saginaw, Michigan, of marking car tires – apparently in violation of the Fourth Amendment.

The woman, Alison Taylor, lost at the trial court level but the appeals court agreed with her and sent the case back. The lower court judge sided with the city a second time, and now comes the latest ruling from the 6th Circuit.

The panel said the chalking was not allowed, as the city claimed, under the Fourth Amendment’s provisions for administrative searches.

The first ruling from the appeals judges was that the practice was an unreasonable search. The second ruling, just recently, which overturned U.S. District Judge Thomas L. Ludington again, concluded that “because chalking tires occurs in the absence of a warrant, it is a ‘presumptively unreasonable’ search under the Fourth Amendment.”

The city claimed the case fell under an exception to that standard, such as that parking is a “closely regulated industry” such as liquor sales, firearms and mining.

Circuit Judge Richard Griffin rejected that, with, “That automobiles are regulated and involved in parking is inconsequential because the exception applies to industries, not objects.”

The Pacific Legal Foundation noted the Supreme Court came to a similar conclusion in 2012 when ity decided it was not allowed for someone to attach a GPS unit to a vehicle to track it and spy on the owner.

“Because the Fourth Amendment requires government agents to get a warrant before searching private property, this practice is unconstitutional,” the foundation explained of that situation.

Of the current dispute, it said, “If the presence of regulations produces an environment that reduces Americans’ right to refuse warrantless searches, then governments would be in control of a lever that ratchets constitutional protections only in one direction: downward. Surely then, this can’t be an accurate reading of the Constitution, which is supposed to be supreme to all other laws—even regulatory ones.”

It explained, “The Fourth Amendment’s requirement that government agents get a warrant before interfering with private property—whether it’s a home or a car—can’t be lowered by government action without actually amending the Constitution, which is incredibly difficult.”