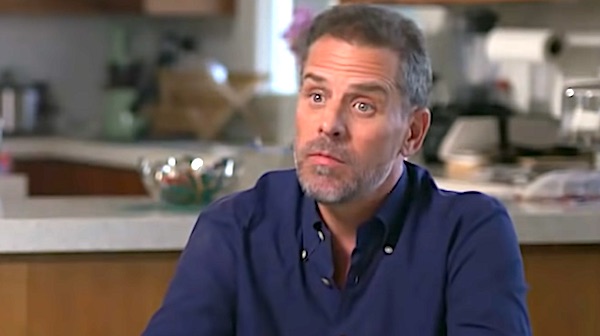 Just the News reported the comment came in an interview with the Just the News television show on Real America’s Voice which is airing Tuesday.

He cited a 2020 Senate report that revealed Russian oligarch Yelena Baturina, who then was the wife of Moscow’s mayor, delivered a $3.5 million payment to a corporation Hunter Biden cofounded, but unanswered since then has been the question why it was paid.

“She gave him $3.5 million so now I would think Putin would know the answer to that. I think he should release it,” Trump explained to Just the News. “I think we should know that answer.”

Hunter Biden has generated any number of scandals for Joe Biden, after arranging business deals with foreign entities while traveling with his father aboard Air Force Two when he was vice president for Barack Obama.

There were the payments from Burisma, the Ukrainian gas company caught up in scandal. There were the revelations about drugs and prostitutes that came from the computer Hunter Biden abandoned at a repair shop. Even recently, there was the scandal over Hunter Biden selling, to those who may want influence with the Biden administration, his amateur artwork for hundreds of thousands of dollars.

The report explained Trump also confirmed he’d like to have more information about Hunter Biden’s links to Ukrainian oligarch Nikolai Zlochevsky, the owner of the Burisma Holdings gas company that hired Hunter Biden in 2014 to its board and paid him hundreds of thousands of dollars a year. That was even though he had no experience in the industry.

Records from the U.S. State Department at the time show the U.S. considered Burisma to be corrupt, and American officials there said Hunter Biden’s business dealings with Burisma clashed with America’s anti-corruption message.

“Now, you won’t get the answer from Ukraine,” Trump said, referring to his 2020 impeachment over seeking Ukraine’s help investigating the Biden’s business dealing.

The report explained, “Trump said he tried to raise the issue of Hunter Biden’s dealings with oligarchs during the 2020 election but was shut down by then-Fox News anchor Chris Wallace.”

He said, in the new interview, “How is it that the mayor of Moscow, his wife gave the Biden family three and a half million dollars? I think Putin now would be willing to probably give that answer. I’m sure he knows.”

Just the News said the interview is being broadcast on Real America’s Voice and on various apps.