Trump: Get U.S. military weaponry back or else 'bomb the hell out of it' 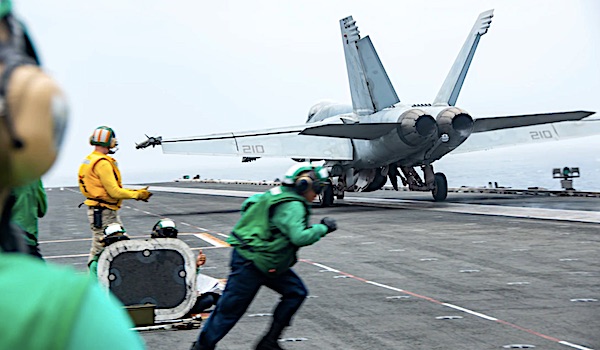 Human-rights crises already are being reported in Afghanistan following President Biden’s removal of all American military personnel. Summary executions by squads of terrorists going door-to-door have been documented, and the extremism of the Taliban was made perfectly clear when an entertainer was shot in the head for his music.

The targets undoubtedly now will include any Americans left behind, of which there could be hundreds, as well as any Afghanis who may have worked with Americans during the 20 years the U.S. military was there.

But another problem that is not insignificant – at a cost estimated in the $85 billion range – is the military equipment that Biden left behind.

The Biden administration has brushed off concerns, with Pentagon spokesman John Kirby claiming, on the issue of what was left behind, and whether any of it was destroyed, “Time’s not right for that right now.”

The Washington Examiner reported former President Donald Trump called on Biden to get “every penny” of the equipment or, in the alternative, “bomb the hell” out of it.

At least then it could not be turned back against the U.S. taxpayers, who paid for it.

“Never in history has a withdrawal from war been handled so badly or incompetently as the Biden administration’s withdrawal from Afghanistan,” Trump wrote in an email statement. “In addition to the obvious, ALL EQUIPMENT should be demanded to be immediately returned to the United States, and that includes every penny of the $85 billion dollars in cost.”

He was referencing reports of tanks, trucks, airplanes, helicopters and other gear being seized by the Taliban on Biden’s withdrawal.

The Pentagon so far has declined to provide exact numbers for the equipment is handed the Taliban, but reports have suggested at least 360,000 rifles and thousands of trucks and Humvees.

“If it is not handed back, we should either go in with unequivocal Military force and get it, or at least bomb the hell out of it,” Trump said.

“Nobody ever thought such stupidity, as this feeble-brained withdrawal, was possible!”

A GAO report from four years ago already reported at that time the total for programs in support of “Afghan security” had reached $76 billion.

Rep. James Comer and Rep. Glenn Grothmann already have joined in writing a letter demanding “documents sufficient to show a full accounting of all U.S. military equipment provided to the Afghan National Security Froces, or affiliated military group, since 2003.”

They want to know how the Biden administration will recover – or destroy – it.

Jen Paski, the White House press secretary, claimed the administration was taking steps to “reduce the amount of equipment” delivered into terrorist hands.

But her claim came as the military was winding down its departure strategy, which concluded on Monday.

She explained the Biden administration provided Afghani forces with equipment, but they then decided not to fight.

“We had to make an assessment several weeks ago about whether we provide materials to the Afghan National Security Forces so that they could fight the fight. Obviously, they decided not to fight, and we made the decision to provide them with that equipment and the material,” she said.”

She claimed that even with the equipment, no group, including the Taliban, “has the ability to attack the United States.”

She said the Biden objective was not to leave the Taliban with equipment, “but that is not always an option when you are looking to retrograde and move out.”

CENTCOM commander Gen. Kenneth McKenzie admitted, “We did not get everybody out,” even though the president earlier had made that very promise.

He said equipment left behind included systems capable of shooting down rockets, and claimed it had been “disabled,” even though a video showed someone, apparently the Taliban, circling Kabul in a U.S. helicopter after the U.S. departure.