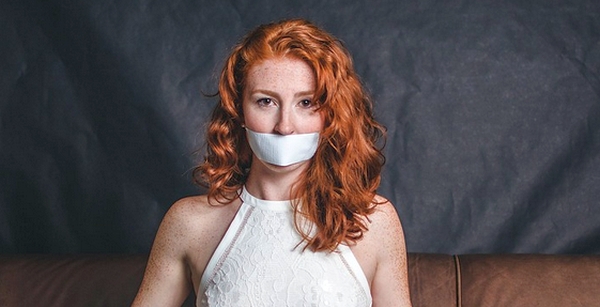 Donald Trump, the 45th president of the United States, says he’s taking America’s Big Tech industry to court because Congress has “illegally deputized” its companies “as the censorship arm of the U.S. government,” and that’s unconstitutional.

“The Supreme Court has held that Congress can’t use private actors to achieve what the Constitution prohibits it from doing itself,” he explains in a new commentary in the Wall Street Journal. “This should alarm you no matter your political persuasion. It is unacceptable, unlawful and un-American.”

WND reported earlier in the week when Trump announced class-action claims against billionaires Mark Zuckerberg, the chief of Facebook; Jack Dorsey, head of Twitter, and Sundar Pichai, CEO for Google, and their companies on behalf of “cancel culture” victims.

The case is being handled by the America First Policy Institute, which explained the case seeks an end to “shadow banning” and “blacklisting” by the companies.

Trump, in making the announcement, said he does not expect a “settlement.”

“We’re going to hold Big Tech very accountable,” he explained. “We are asking the court to impose punitive damages on these social-media giants.”

Social-media companies in the past few years have moved aggressively against conservative voices, commentators, news organizations and more.

They have used their position as near-monopolies to control and eliminate voices with which they disagree, and they claim the right to do so as private companies, exempt from the First Amendment.

Now Trump has explained in his column that the problem is that America’s democracy is being threatened by “a powerful group of Big Tech corporations that have teamed up with government to censor the free speech of the American people.”

“Social media has become as central to free speech as town meeting halls, newspapers and television networks were in prior generations. The internet is the new public square. In recent years, however, Big Tech platforms have become increasingly brazen and shameless in censoring and discriminating against ideas, information and people on social media—banning users, deplatforming organizations, and aggressively blocking the free flow of information on which our democracy depends,” he said.

In fact, he charged, those digital companies are “manipulating and controlling the political debate itself. Consider content that was censored in the past year. Big Tech companies banned users from their platforms for publishing evidence that showed the coronavirus emerged from a Chinese lab, which even the corporate media now admits may be true. In the middle of a pandemic, Big Tech censored physicians from discussing potential treatments such as hydroxychloroquine, which studies have now shown does work to relieve symptoms of Covid-19. In the weeks before a presidential election, the platforms banned the New York Post—America’s oldest newspaper—for publishing a story critical of Joe Biden’s family, a story the Biden campaign did not even dispute.”

He pointed out, though, that those social media companies let “Chinese propagandists and the Iranian dictator spew threats and hateful lies on these platforms with impunity.”

He pointed out that the federal law protecting tech companies addresses them as platforms, “not publishers.”

“Unlike publishers, companies such as Facebook and Twitter can’t be held legally liable for the content posted to their sites. Without this immunity, social media companies could not exist,” he said.

But those companies routinely boast of censoring material based on its content – a function of a “publisher.”

Trump explained Democrats are exploiting the scenario to censor those who differ politically.

“In recent years, we have all watched Congress haul Big Tech CEOs before their committees and demand that they censor ‘false’ stories and ‘disinformation’—labels determined by an army of partisan fact-checkers loyal to the Democrat Party,” Trump said.

“Further, Big Tech and government agencies are actively coordinating to remove content from the platforms according to the guidance of agencies such as the Centers for Disease Control and Prevention. Big Tech and traditional media entities formed the Trusted News Initiative, which essentially takes instructions from the CDC about what information they need to ‘combat,’” he said.

The resulting collusion between tech executive and government officials is not only illegal, but unconstitutional, he charged.

He said the lawsuits are to restore free speech for “all Americans.”

If the court accepts the premise that the tech companies are working in concert with Democrats, that would mean they are acting on behalf of the government, which would subject them to the requirements of the First Amendment.

Rollins continued, “President Trump often remarked that if Big Tech is out to get him, it’s because they’re out to get the American people — and he was just standing in the way. The actions of the Big Tech firms we’re taking to court illustrate the point perfectly. What they’ve done, what they’ve wrought in the past few years staggers the imagination.”